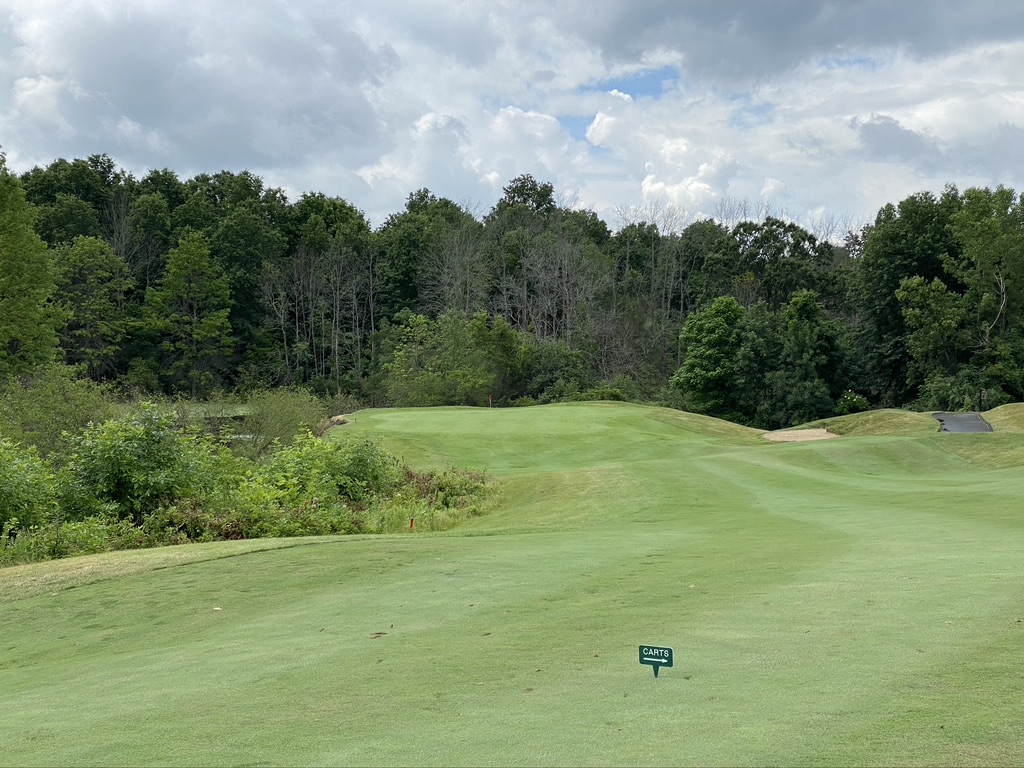 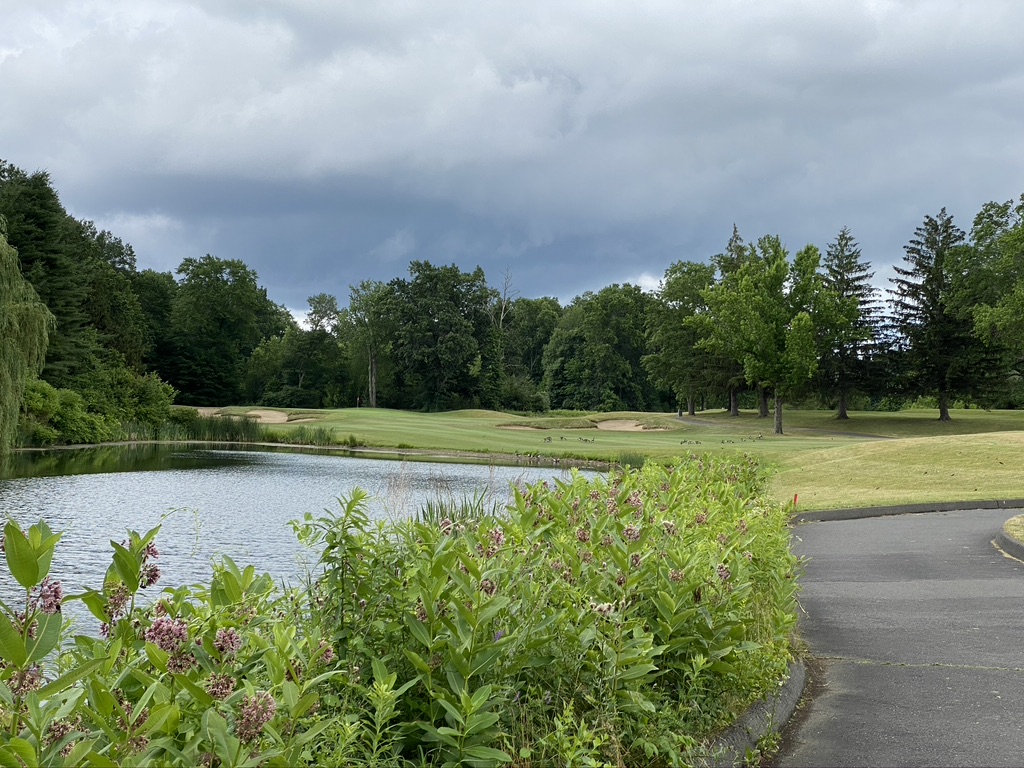 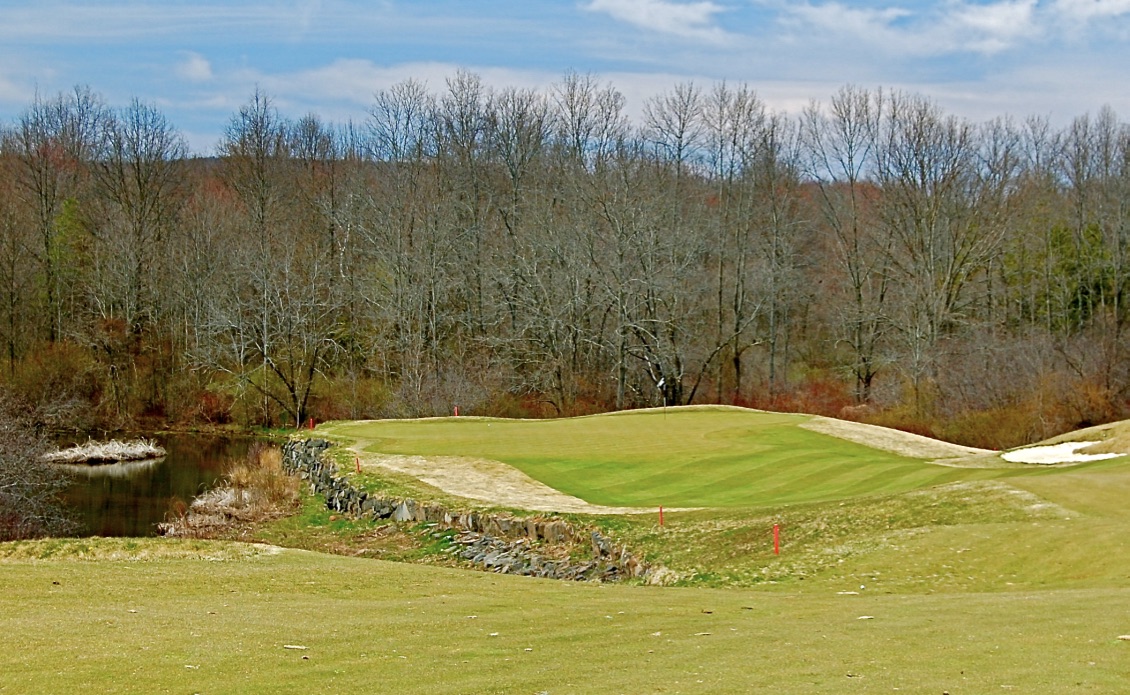 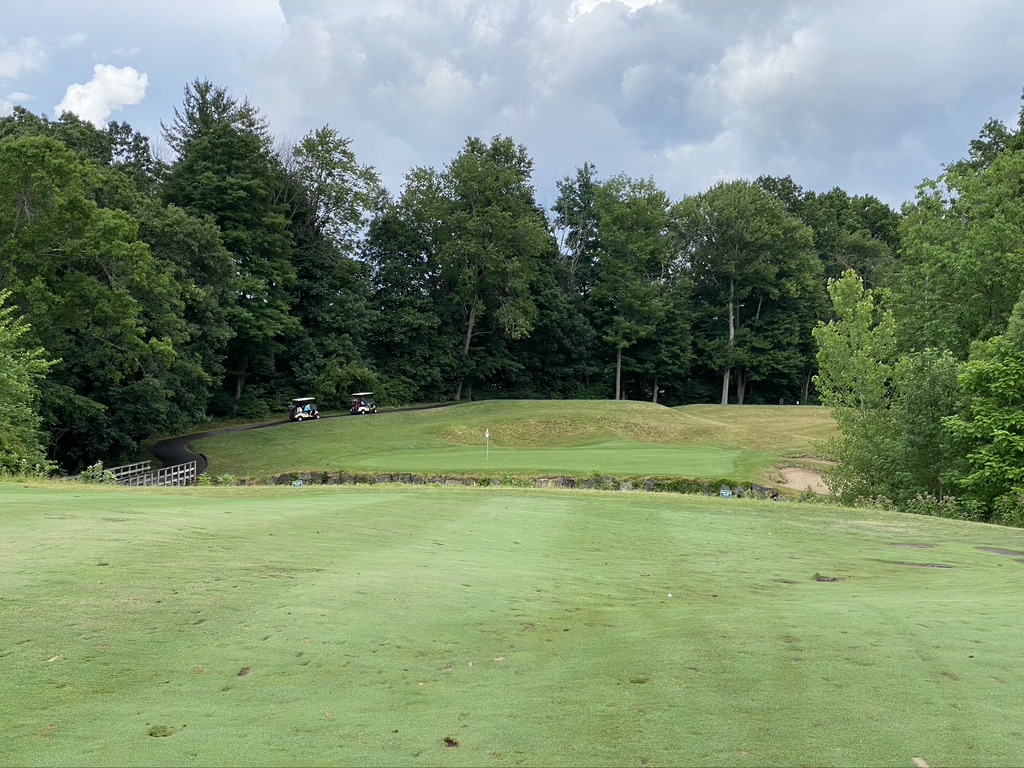 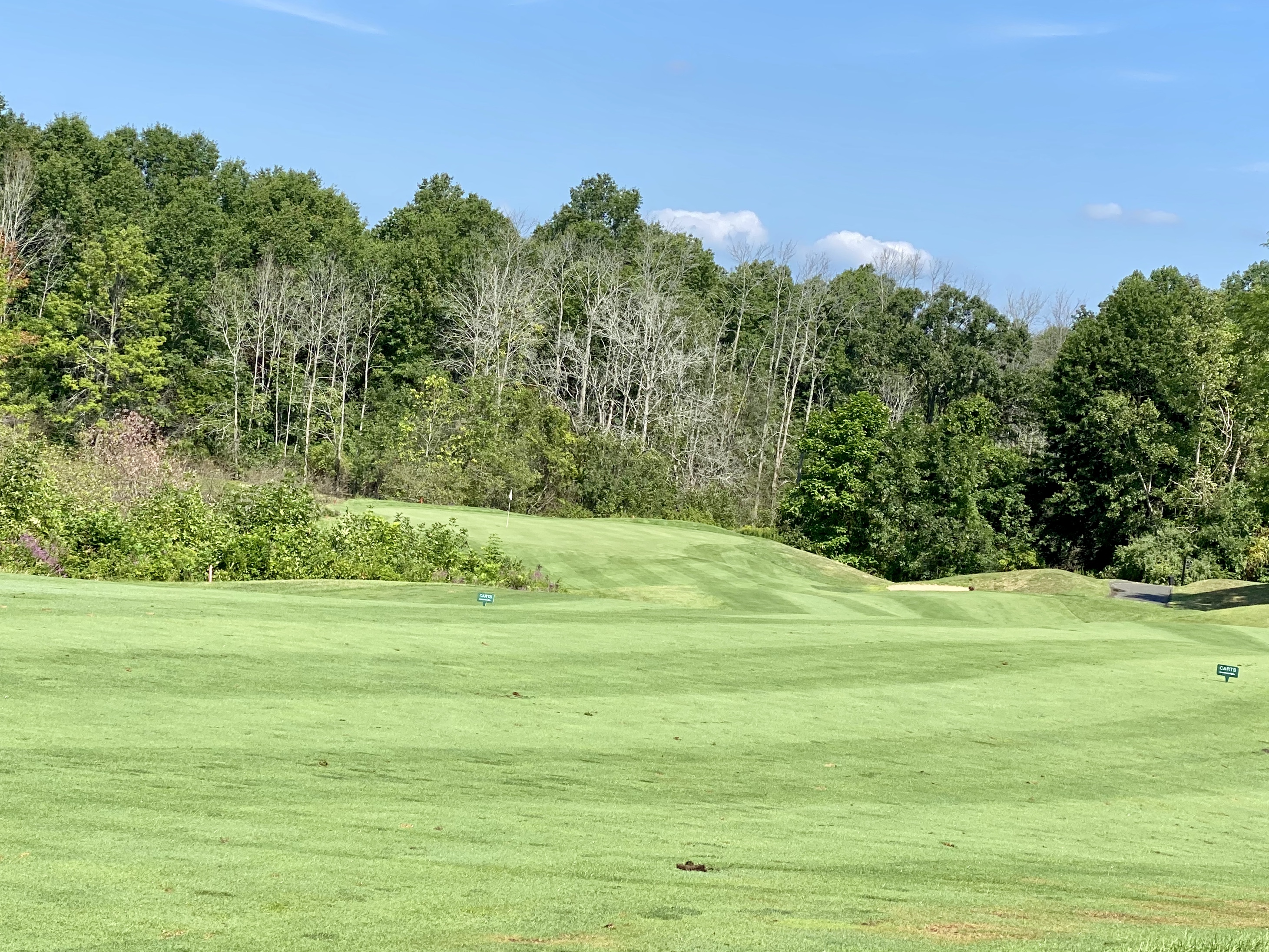 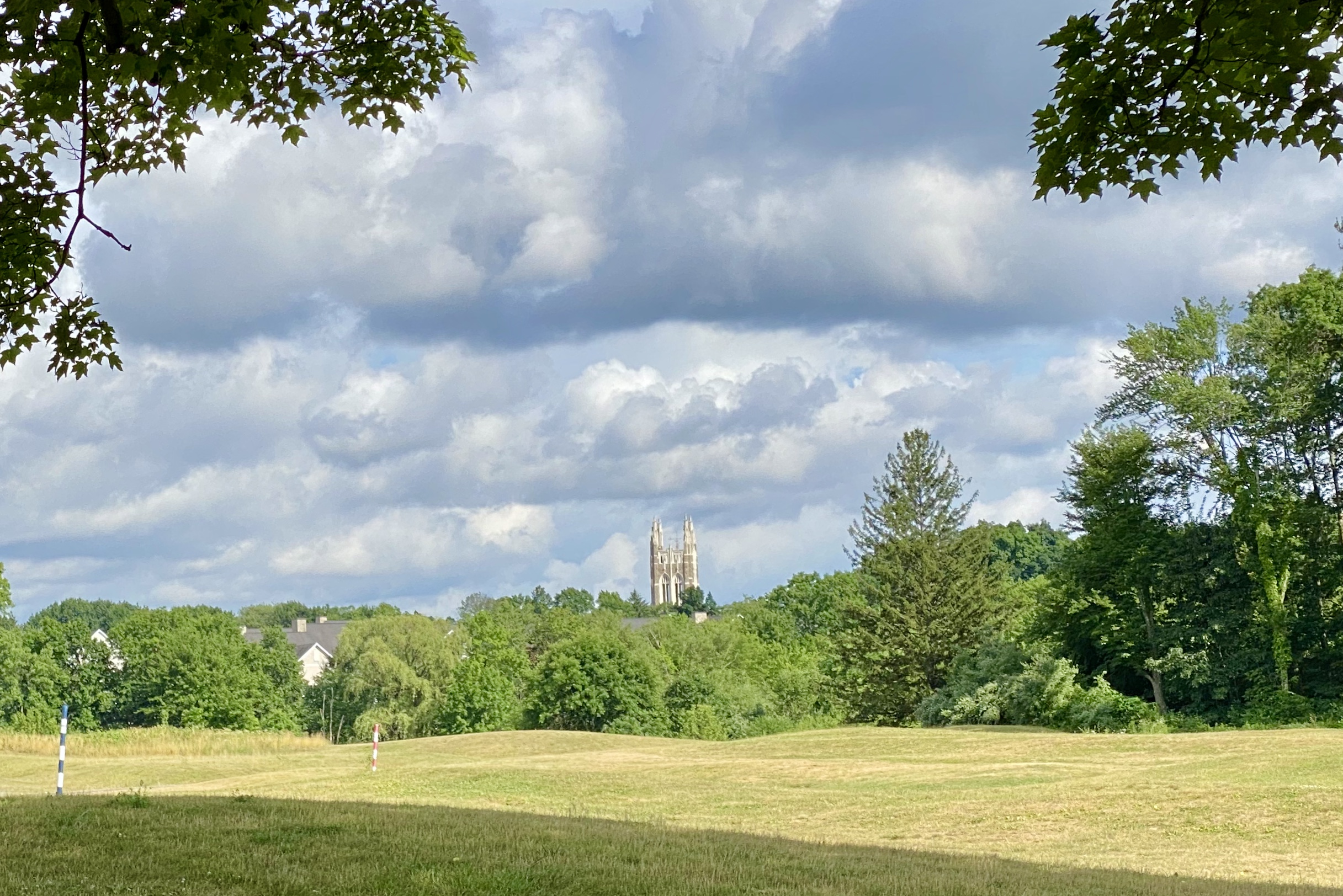 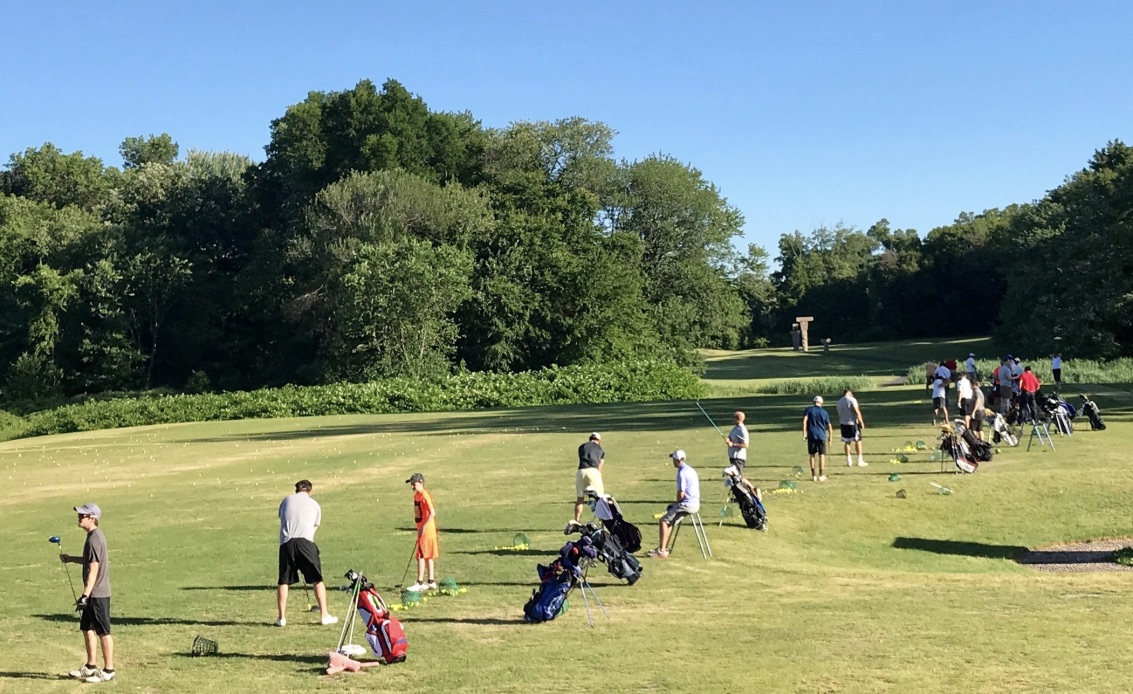 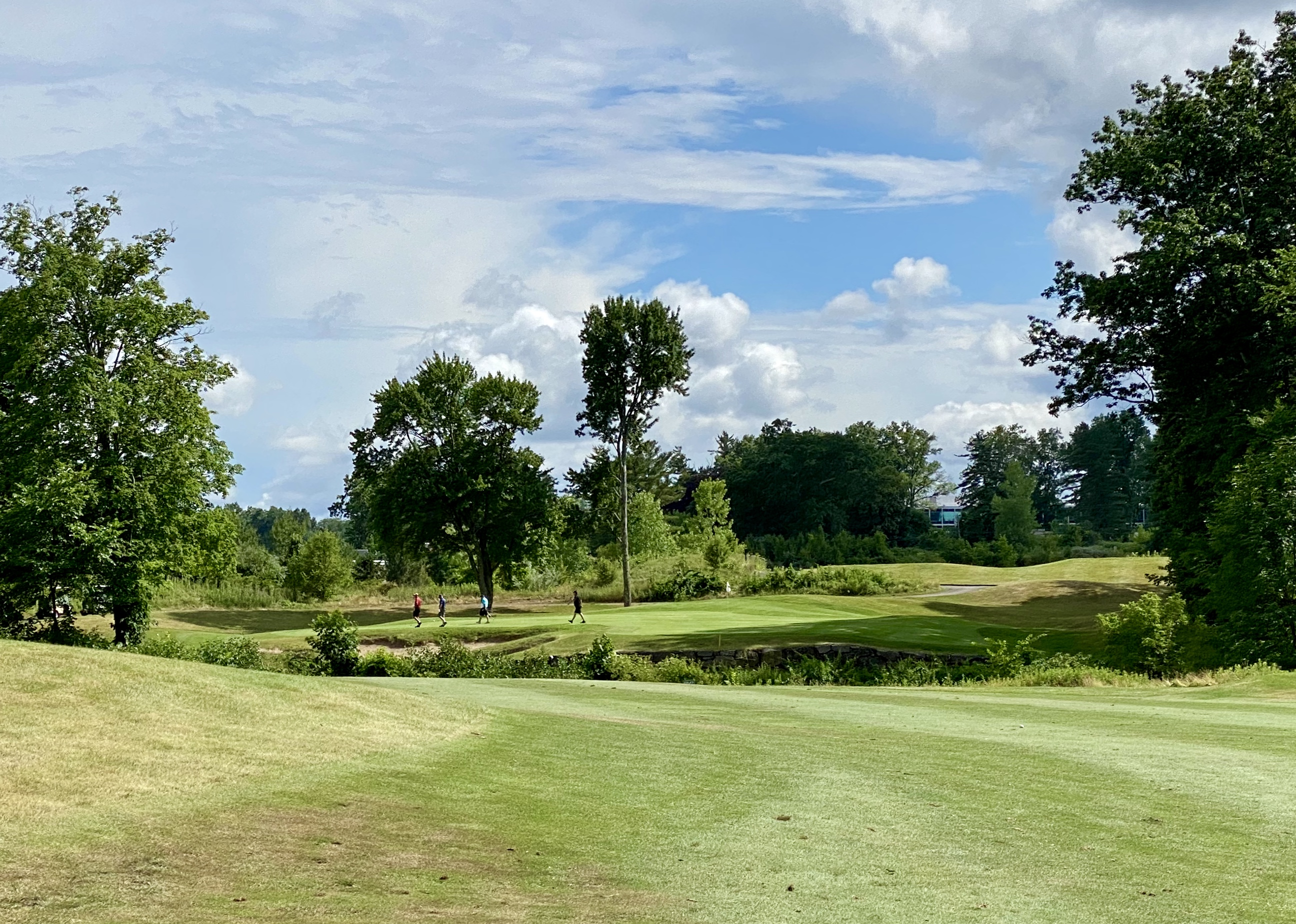 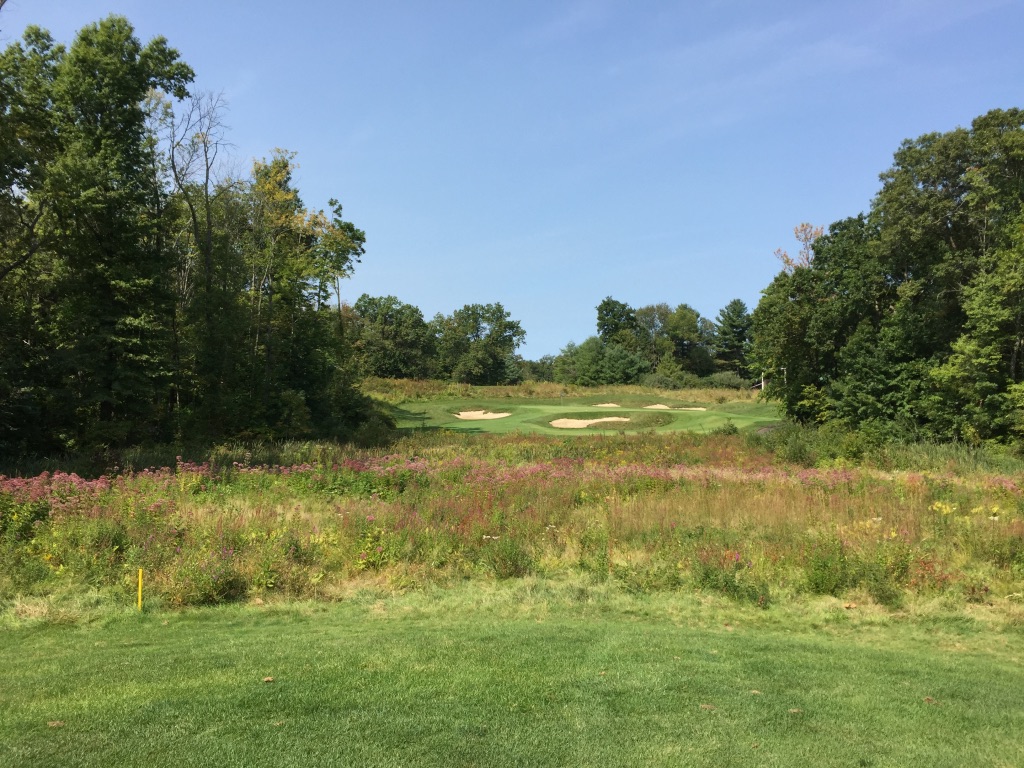 Bloomfield, CT's Gillette Ridge Golf Club opened in 2004 to major criticism.  The Arnold Palmer layout was just too difficult for the average public golfer.  It was so tough that after a few years, the Palmer group was called back to soften it up.  Course managers had decided that Gillette Ridge's survival was a matter largely of removing some of the treachery around the greens, specifically the parade of bunkers that made greens in regulation nearly impossible for most.  Other hazards around greens, such as a few marshy areas, were partially filled in, eliminating some forced carries to impossibly firm greens.

The course was transformed from utterly unfriendly to the equivalent of a good friend who needles you every few minutes – in front of others.  Even after the renovations, some resentment lingered, with contributors to the former Zagat’s golf course rating guide calling it “over-demanding” and “not very playable.”

These days, after a couple of years closure in the mid 2010s caused by irresponsible management, Gillette Ridge remains challenging but it is an entertaining layout, almost equal parts tragedy and comedy for those who don’t hit the ball straight, but mostly fun.  And at $35 on a weekday morning, cart included, for those over the age of 60, you cannot beat the price. The service too is great and the course and operation are well organized, one of the rare publics in the area with an actual starter sitting near the first tee.

Bloomfield has become something of a daily-fee golf destination in recent years, what with Gillette Ridge and Wintonbury Hills, one of the best municipal courses in the land, opening in 2005.  Designed by Pete Dye for a mere $1, Wintonbury Hills, like Gillette Ridge, is just 15 minutes from Bradley International Airport and an equal distance from insurance center Hartford.  Visiting corporate managers have been known to disembark at Bradley and sneak in a round at Wintonbury or Gillette before heading for a meeting.

Wintonbury had the clear bragging rights in town until Gillette Ridge's major renovations, but with the softening at Gillette Ridge, including the elimination of severely sloped bunkers that made rollups to most of the firm greens impossible, the mid-teen to high-teen handicapper can enjoy some of the same benefits of the single-digit player.  A few short par 4s, for example, provide a 15 handicapper a good chance at a wedge approach and a potential putt at birdie.

One especially unusual feature of Gillette’s landscaping is the mid-1950s designed corporate park, home to CIGNA Insurance company’s operations. The 1st and 10th tees are a few strides from one of the worker cafeterias, and it can be a bit daunting to look back before you strike your tee shot and see dozens of eyes peering out at you (not these days, however, with Covid-19 restrictions and many insurance employees working from home ).  Nowhere do the buildings come anywhere near the field of play, but they do occasionally provide some distant aiming lines; if the angle of the sun is just so, they can also affect your eyesight as much as your line of sight, what with the glare off the glass windows.

In the middle of the front nine, the tower of St. Thomas Seminary looms large beyond a grove of trees, and as you come up the 8th hole, a troika of monolithic stone structures clustered at the right edge of the fairway bears witness to a difficult approach to one of the toughest greens on the course, even though it was dramatically softened during the aforementioned renovation.

The total distances for the back three tee boxes are downright weird. From the tips, Gillette Ridge plays to a robust 7,191 yards, a stout rating of 75.4 and slope of 141 (imagine the nightmare it was from back there before the renovations).  The Blue tees play to a total of 6,569 yards, which on a course of Gillette’s degree of difficulty, I would say is appropriate for an 8 or lower handicap.  The Blue tees rating is 72.1 and the slope 135.  I play the White tees but feel almost wimpy doing so since they play to a rather mild 5,695 yards; that almost 900-yard difference between the two tee boxes is unique in my experience. (Something happened over the years, as an earlier review I wrote indicated the shortest men’s tees at 6,133 yards.). In any case, the White tees may be short, but for someone who hits the ball no more than 210 yards off the tee, it still provides a stout challenge.

The back nine, which I think is the harder of the two nines, presented other difficult approaches.  The second shot on the short par 4 14th must carry water and a stone wall before coming to rest on a green that slopes back to front and, naturally, toward the water.  The three-shot par 5 16th, one of the longest in the state of Connecticut at 612 yards from the back tees, demands a second shot that must stop short of a slope down to a stream in front the green, and a wedge or 9-iron approach to the green that must carry both the stream and ravine that runs to the very front edge of the green.

If you can survive the first 17 holes, the only break you get is on the finishing hole, a straightforward par 4 with only a bunker on the left at mid fairway and a few trees to the right. Otherwise it takes a mid- to long-iron to an open green.  This was the 9th hole before they switched the nines, and the former 18th, now of course the 9th, is a doozy, another par four with a green that many choose not to go for, but rather to layup well to the left of the green rather than take on the lake and bunker directly in front.  On a recent round, I hit the best drive of my dozen or so career rounds at Gillette, and then lofted a well-struck 6 iron onto the green about eight feet from the cup (missed the birdie putt).  Such bravado, though, typically results in a very crooked score.

You have to bring your ‘A' game to Gillette Ridge which is by no means a tiger turned pussycat; after a round there, I'd say it is more a puma or mountain lion or something like that.  It rewards good shots, punishes bad and provides some unusual visual notes. Scoring well there takes some work.  I suppose that is only fitting in such a corporate setting.

Note:  You could make quite a multi-day golf excursion out of a visit to little known Bloomfield, CT.  Catch a cheap flight to Hartford after booking rounds at Gillette Ridge, Wintonbury Hills and Keney Park, a municipal course in Hartford just 15 minutes away that will transport you back to the 1930s on a classic and beautifully restored layout.  Bradley Airport is about 20 minutes from each of the three golf courses.