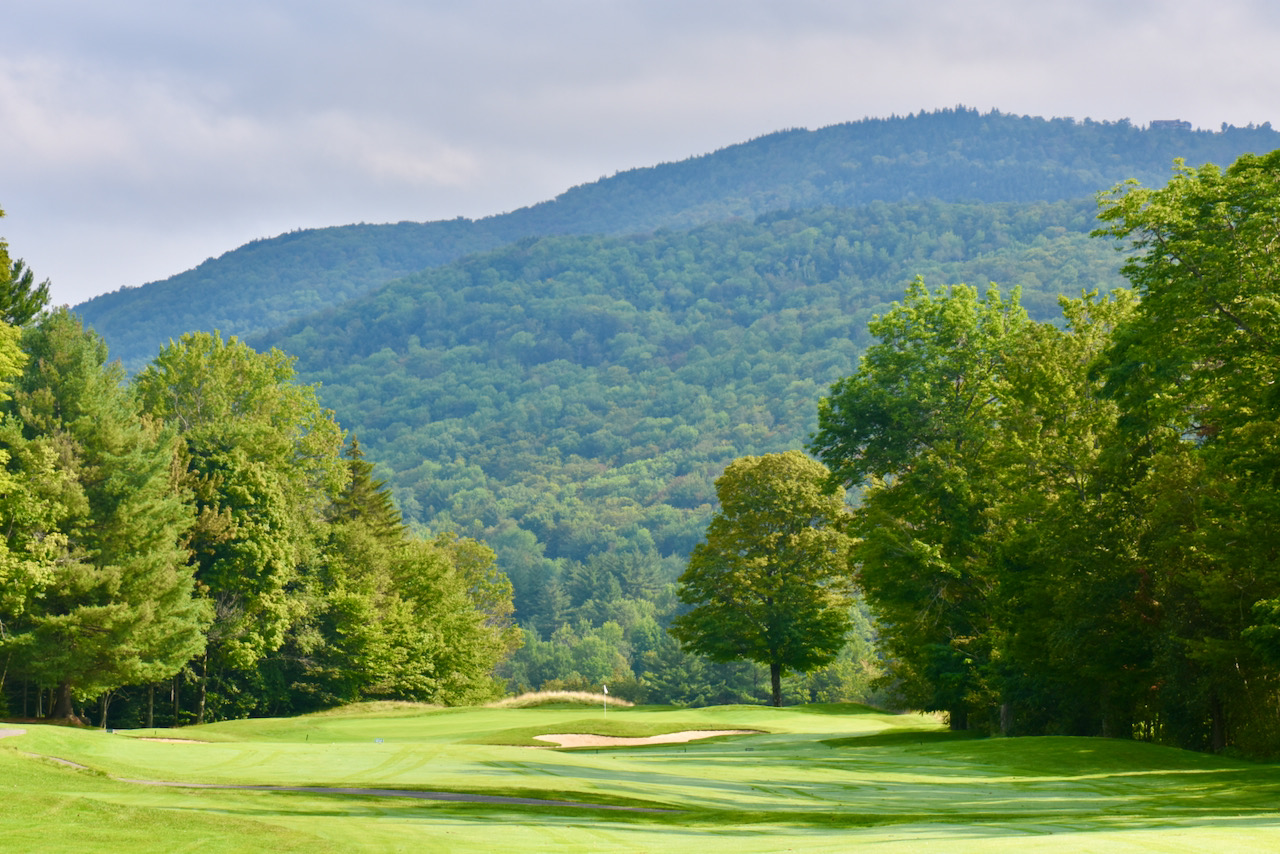 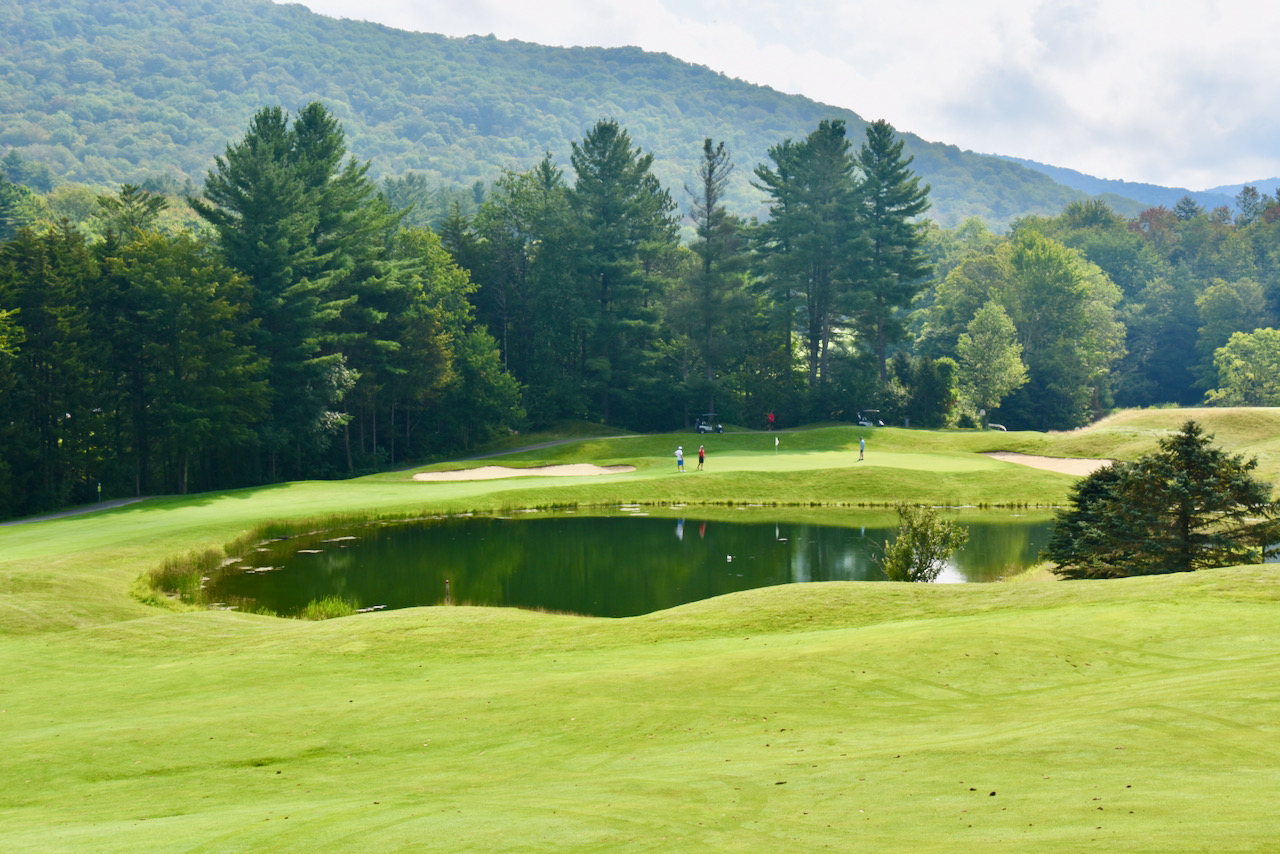 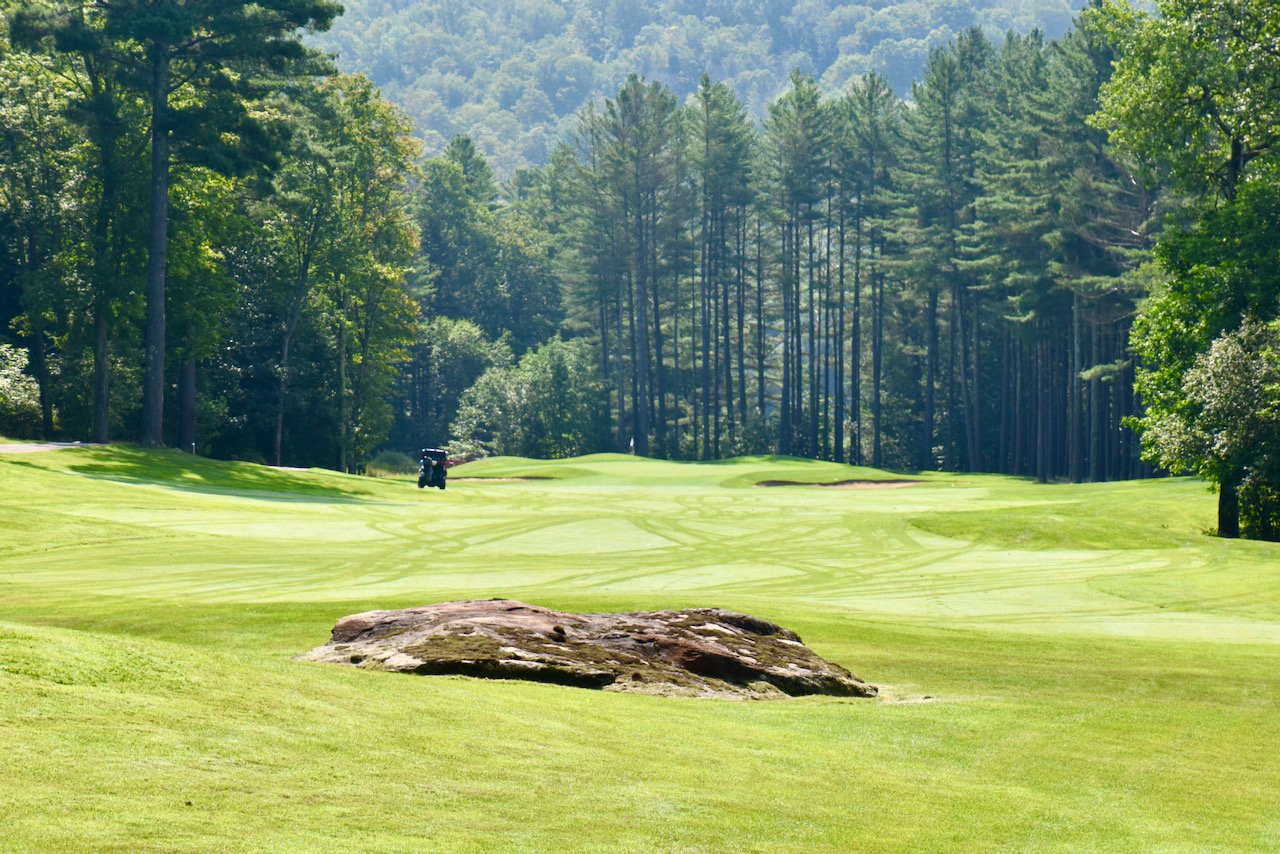 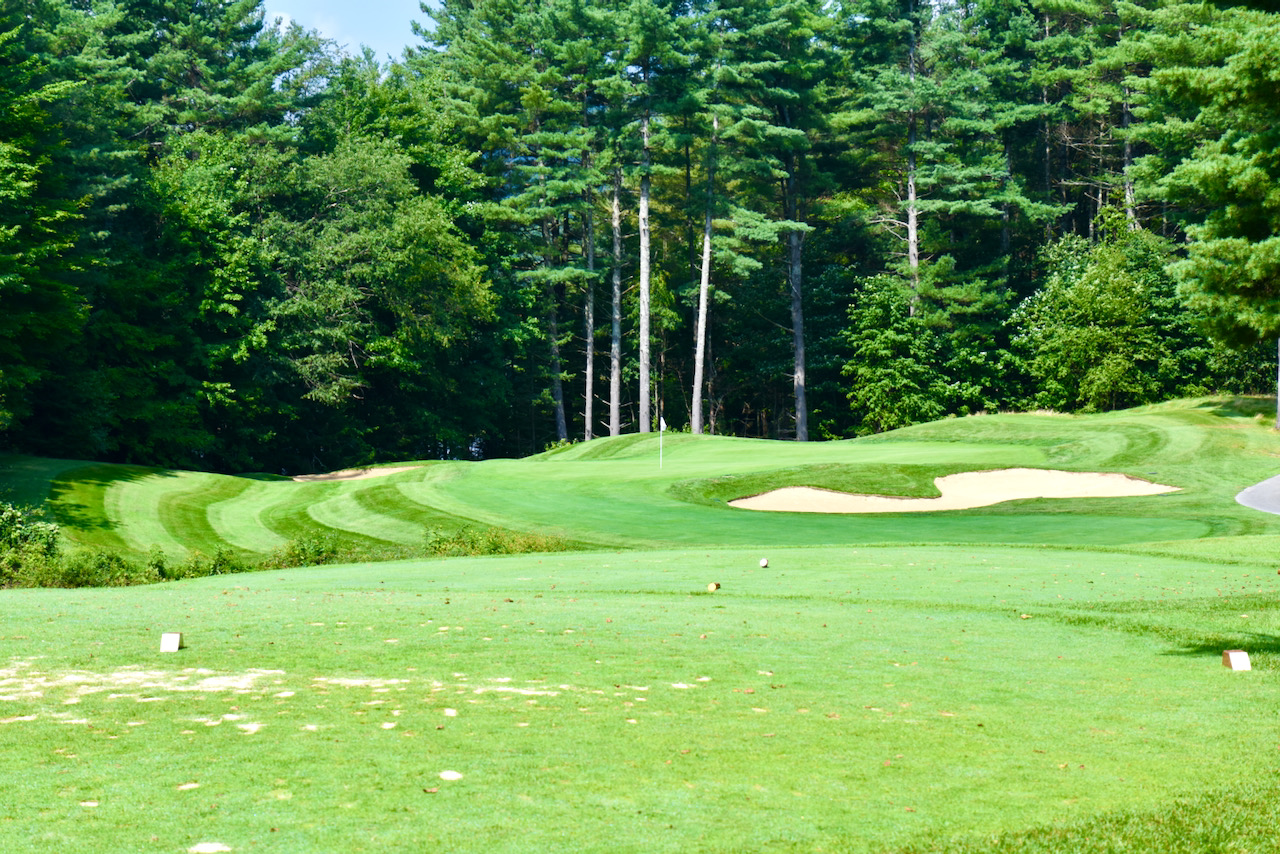 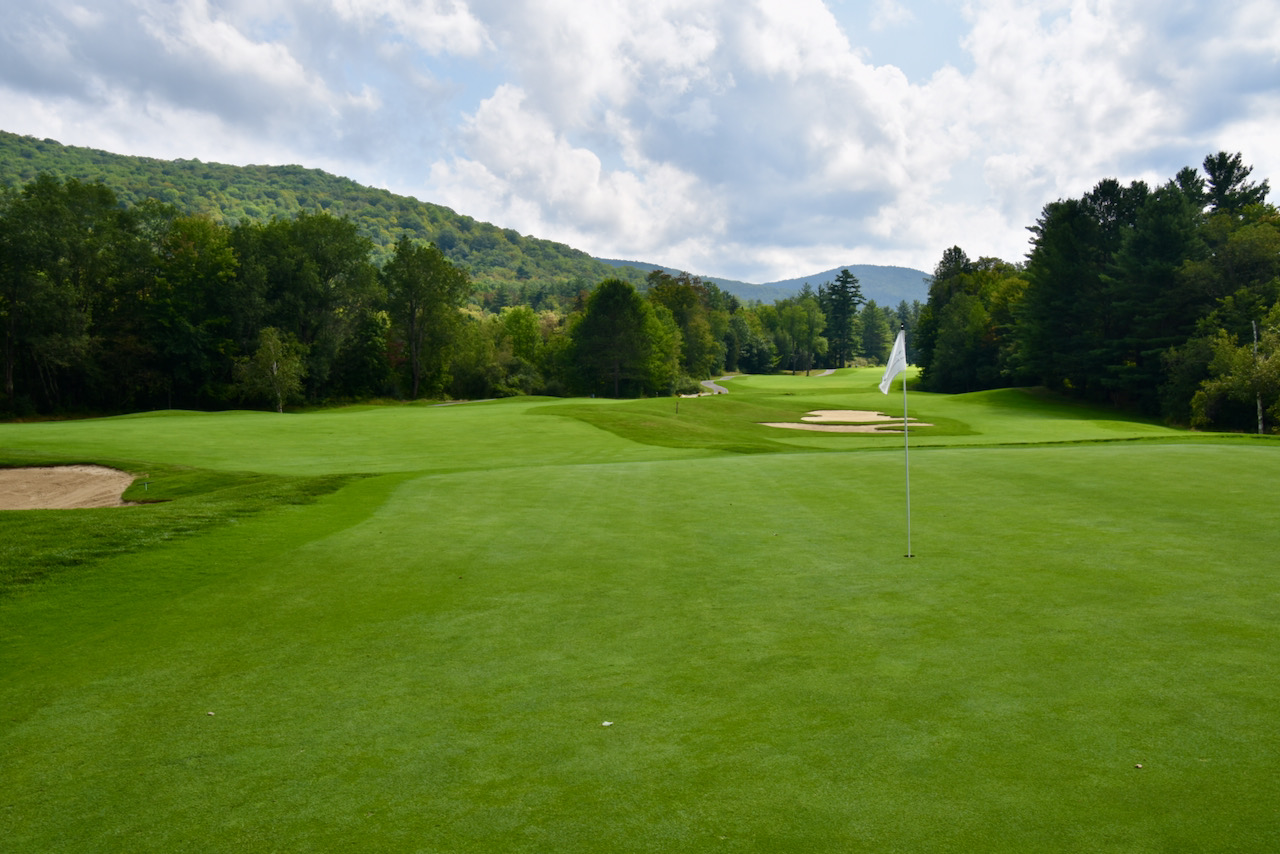 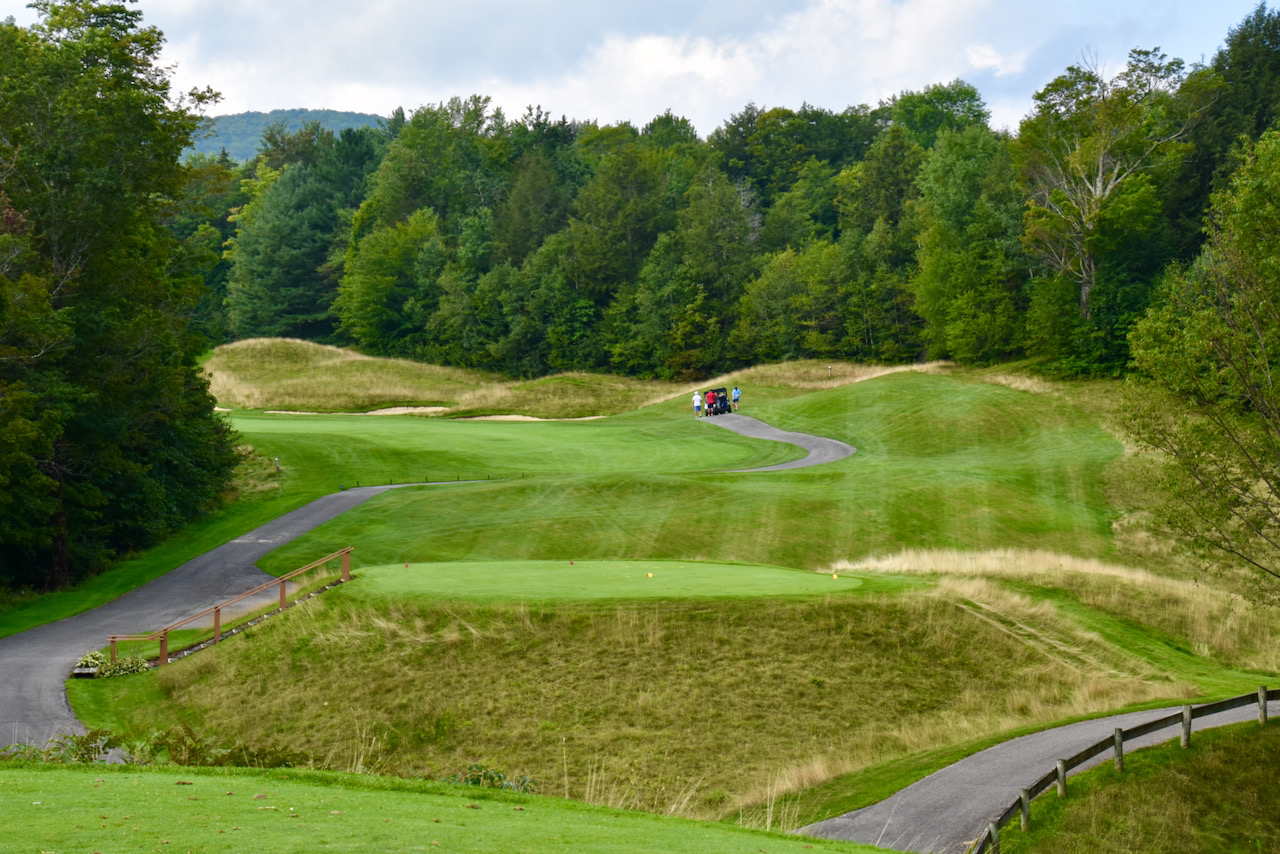 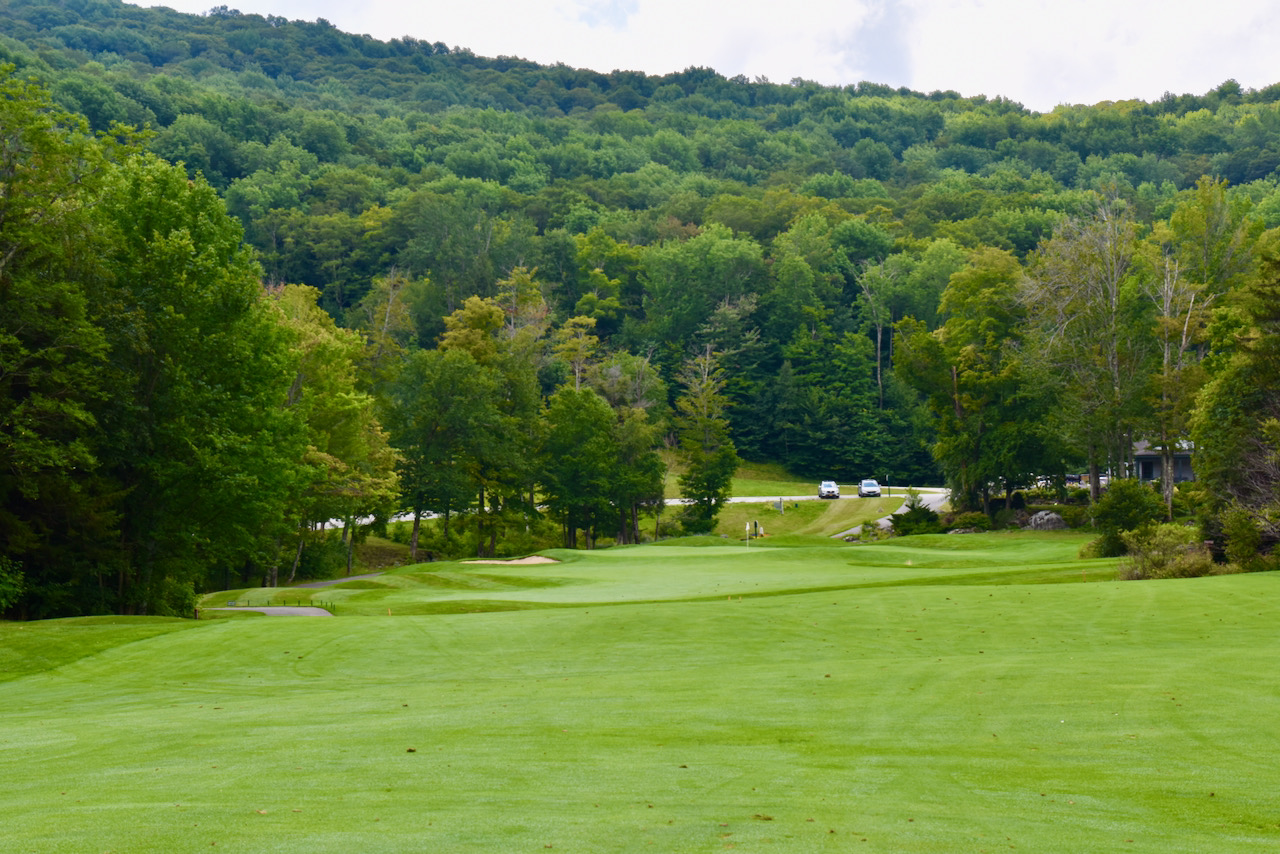 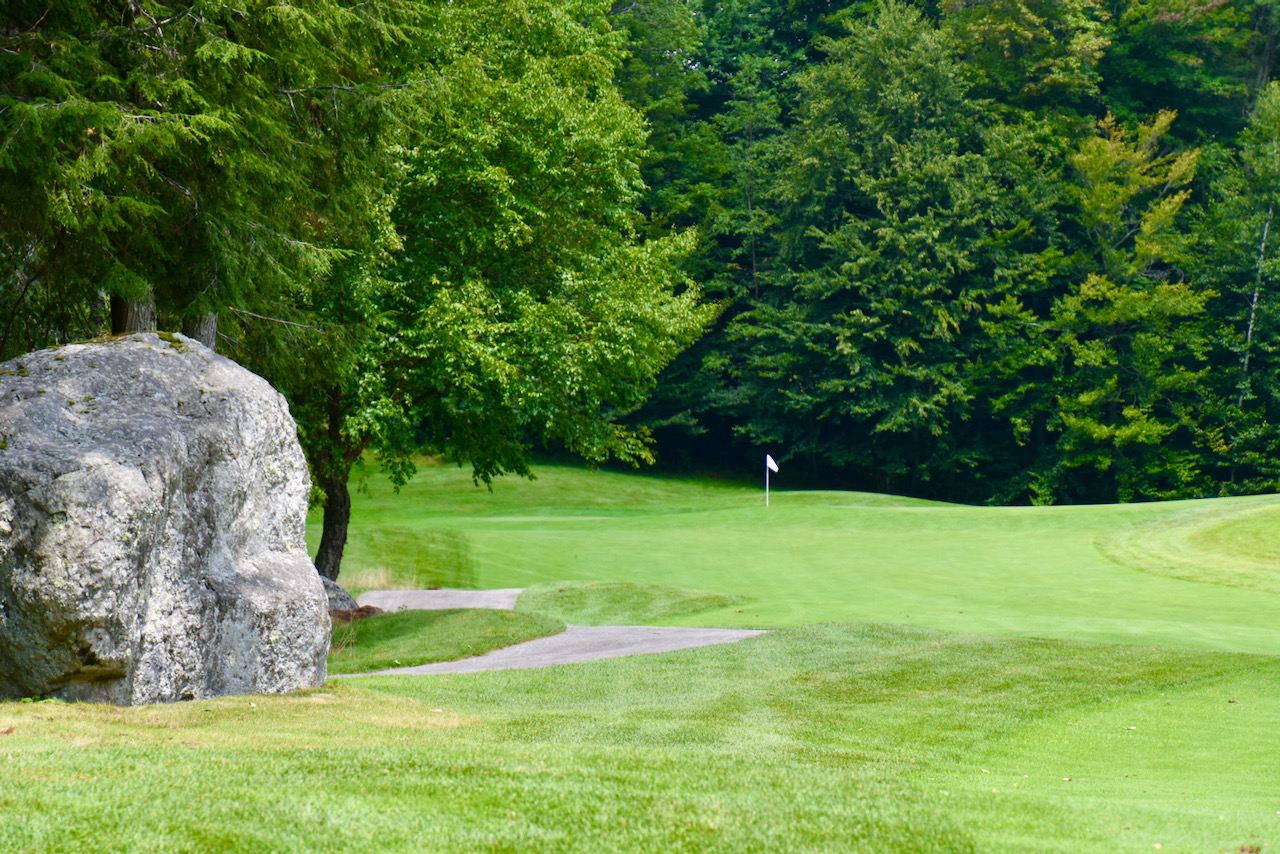 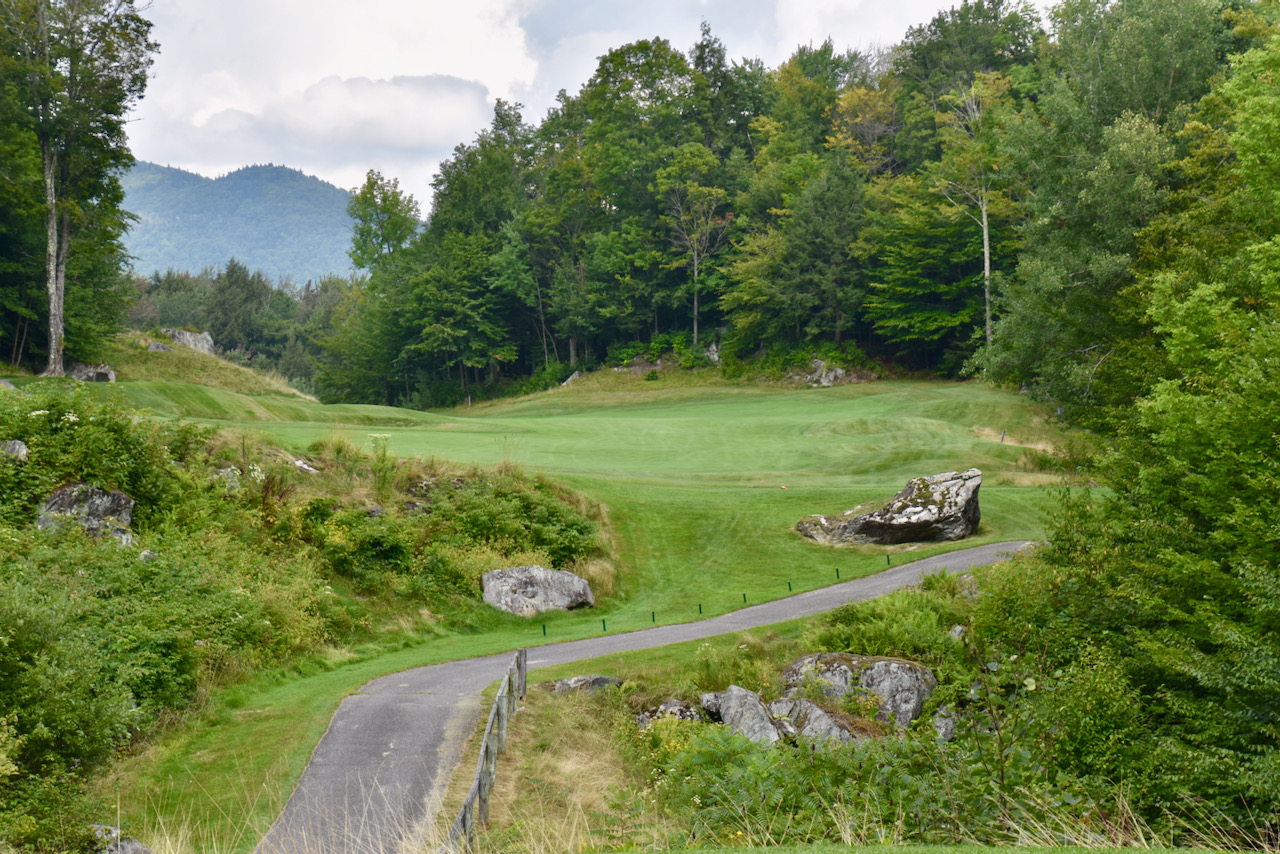 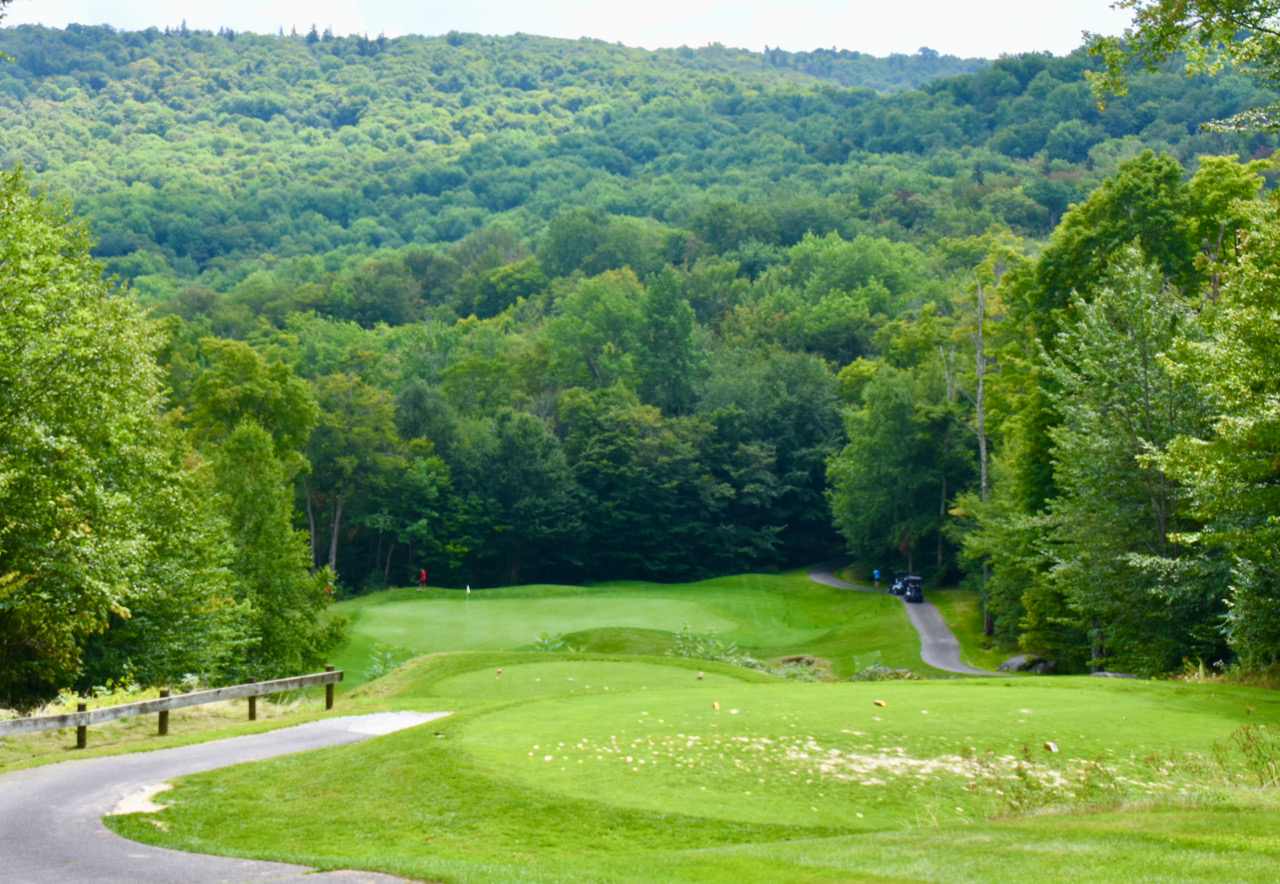 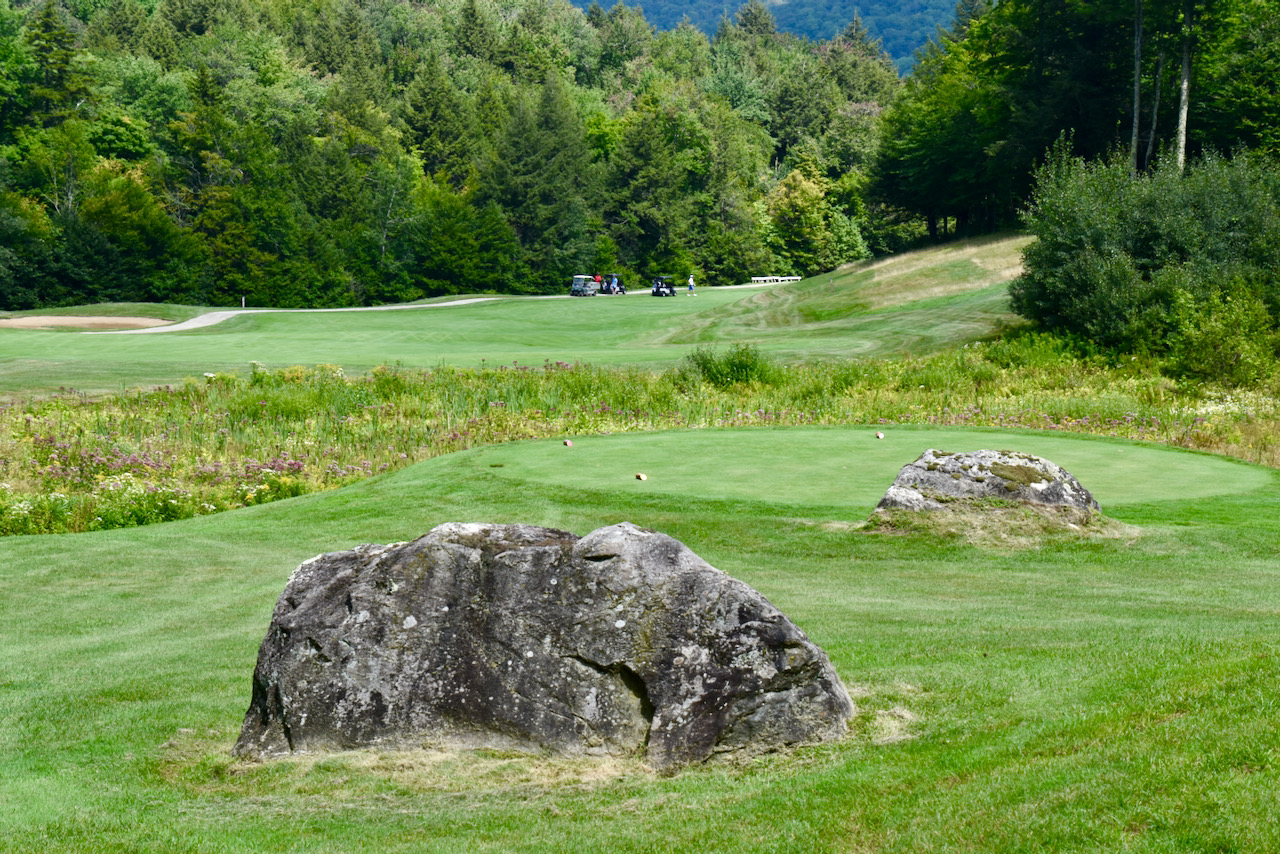 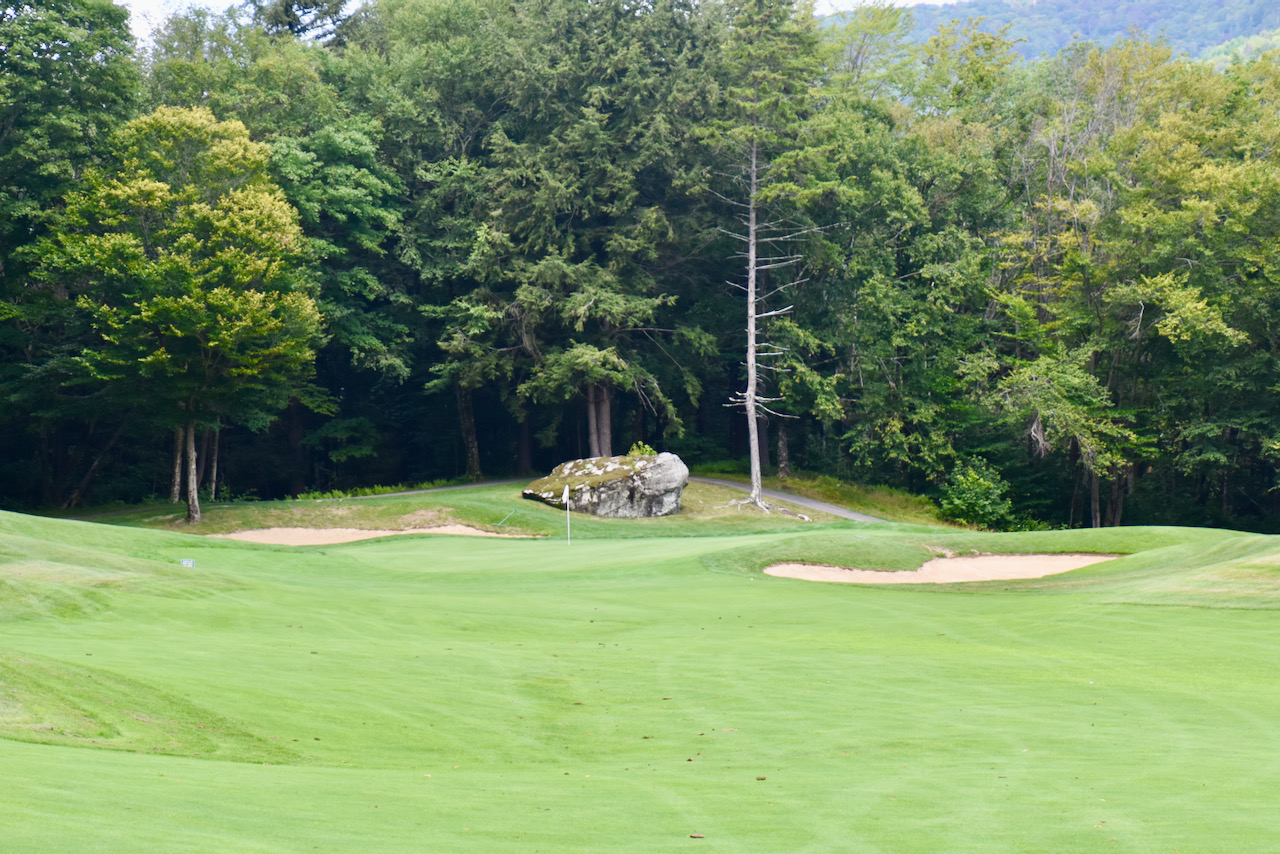 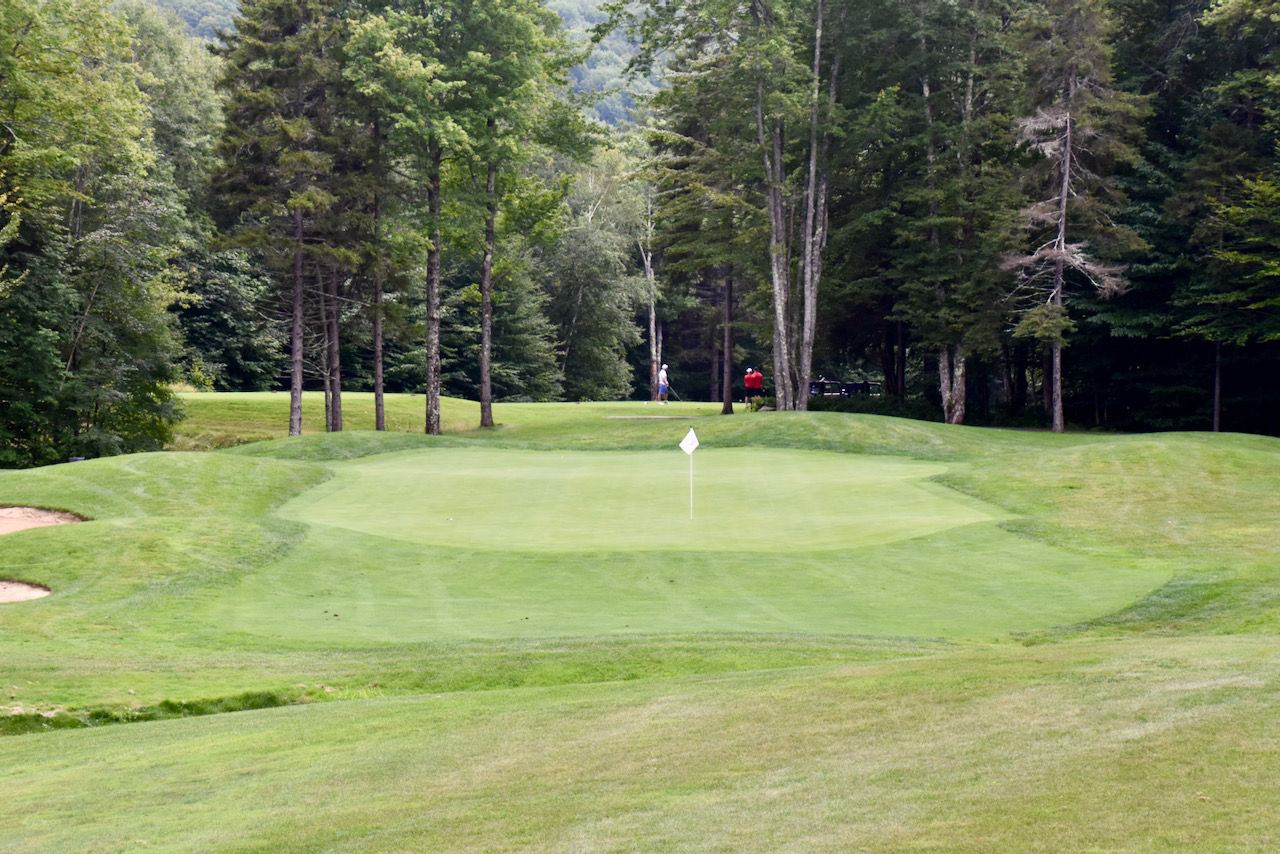 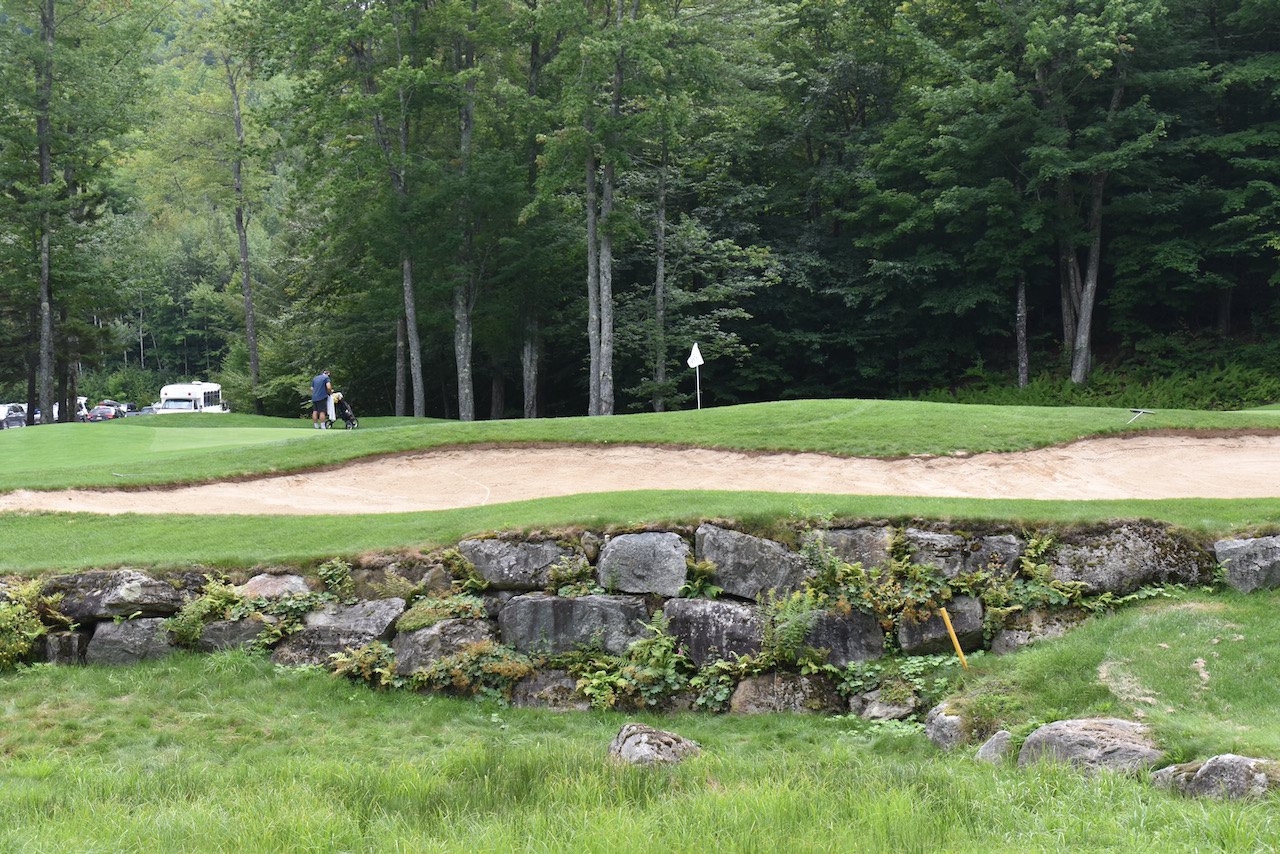 Opened in 1997, Green Mountain National holds the distinction of being the first municipal golf course in the state of Vermont. Designed by Gene Bates, who did most of his work on flatland courses in Florida and California, Green Mountain threads it way among the forests and hills of Killington, VT, home to one of the northeast’s prime ski resorts. Without much experience designing mountain tracks, Bates’ instincts kicked in quite handsomely at Green Mountain.

The nearby Killington Resort boasts its own golf layout by the indigenous late architect Geoffrey Cornish, but in opening “the only true municipal golf course in the State of Vermont,” according to Green Mountain’s web site, it seems like the Town of Killington was sending a message to the resort’s owners that you aren’t the only golf game in town. Golfers who live in the area or spend their summers locally benefit from whatever internecine rivalries might exist between the two entities.

In my youth in New Jersey, my favorite golf course opened with a par 5 and I have always been partial to starting a round that way. Hitting driver, fairway wood and short iron on the first hole is a great way to warm up for the rest of the round, especially if the fairway is wide. Green Mountain’s starter hole is a par 5 of modest length; from the white tees I played (total 5,787 yards), the hole is just 443 yards, short but still a driver, fairway metal and wedge for me. (#1 plays 494 yards from the blue tees and 513 from the tips, or black, tees). Trees line both sides of the fairway but the landing area off the tee is generous. A wide bunker covers the middle third of the green which makes sense on such a short par 5. Your wedge shot needs to be accurate and stop quickly in order to have a decent shot at birdie.

The Green Mountain scorecard does something all courses should do; it recommends the appropriate tee boxes to play based on your handicap. In this case, the blue tees (6,176 yards total) are recommended for 0 to 9 handicappers, the white tees for 10 to 18 handicaps and 19+ for the yellow tees (5,115 yards). The card suggests that women with 0 to 10 handicaps should also play the yellow tees. That a scratch golfer is counseled to play a layout of less than 6,200 yards suggests that the greens and green complexes are more challenging than meets the eye.

And they are. It was remarkable how sharply some putts drifted away from the holes on a day in which the greens did not appear to have been cut and the stimpmeter reading could not have been more than 9 or so. It was especially daunting for me because the day before I had putted on fast greens at Fox Run Golf Club in the shadow of Okemo Mountain. Some of the greens at Green Mountain are multi-level, with pin position flexibility that makes for easy or head-scratching approach shots. On the par 3 5th hole, for example, the pin seemed gettable from the tee box, sitting just to the left and about 25 feet beyond the front bunker. But just 10 feet beyond was a slope in the green that could carry the ball off the putting surface to the left if landed just a few feet too far, leaving a tricky chip shot up the slope and then down a short distance toward the pin. The next par 3, #7, features a well-protected green with a front bunker that guards 75% of the putting area, and another bunker at rear right. With the pin in the right third of the green, not only were the two bunkers in play but also the fall off on the right edge of the green meant even a “safe” play to that side was risky.

Hole distances are mitigated, somewhat, by the sloping of the fairways. On the longish par 4 9th hole, 399 yards from the white tees and the second highest handicap hole on the front nine, a well struck tee shot can bound down the fairway an extra 20 yards, leaving a mid-iron to the green. Shorter holes featured elevated greens with false fronts and significant roll-offs.
Dogleg holes on mountain courses provide visual stimulation which, at Green Mountain, includes rock outcroppings, the surrounding hovering mountains and well-placed bunkers (white against a green background is a nice contrast). Fairways are generous throughout; only the most sprayed shots will find the adjoining forestation. More important, looking for lost balls is minimal, keeping play to a healthy 4 to 4 ½ hours per round on a crowded day.

The young man I was matched with for the round – we were a twosome sandwiched between foursomes – played collegiate golf and hit the ball a long way, although not always straight. He scored well because his chipping was nearly flawless. That is the kind of game that will give you the best chance at Green Mountain for multiple pars and the occasional birdie. Getting to the greens is all about avoiding trouble; playing on and around them is where you confront it.

Depending on time of year, you may need a sweater. On a day of 80 degree temperatures, I noted that it almost became cold during the drives through the wooded areas.


Gracie's Grill
Distance from course:
I had a wonderful breakfast sandwich of Taylor ham, egg and cheese.