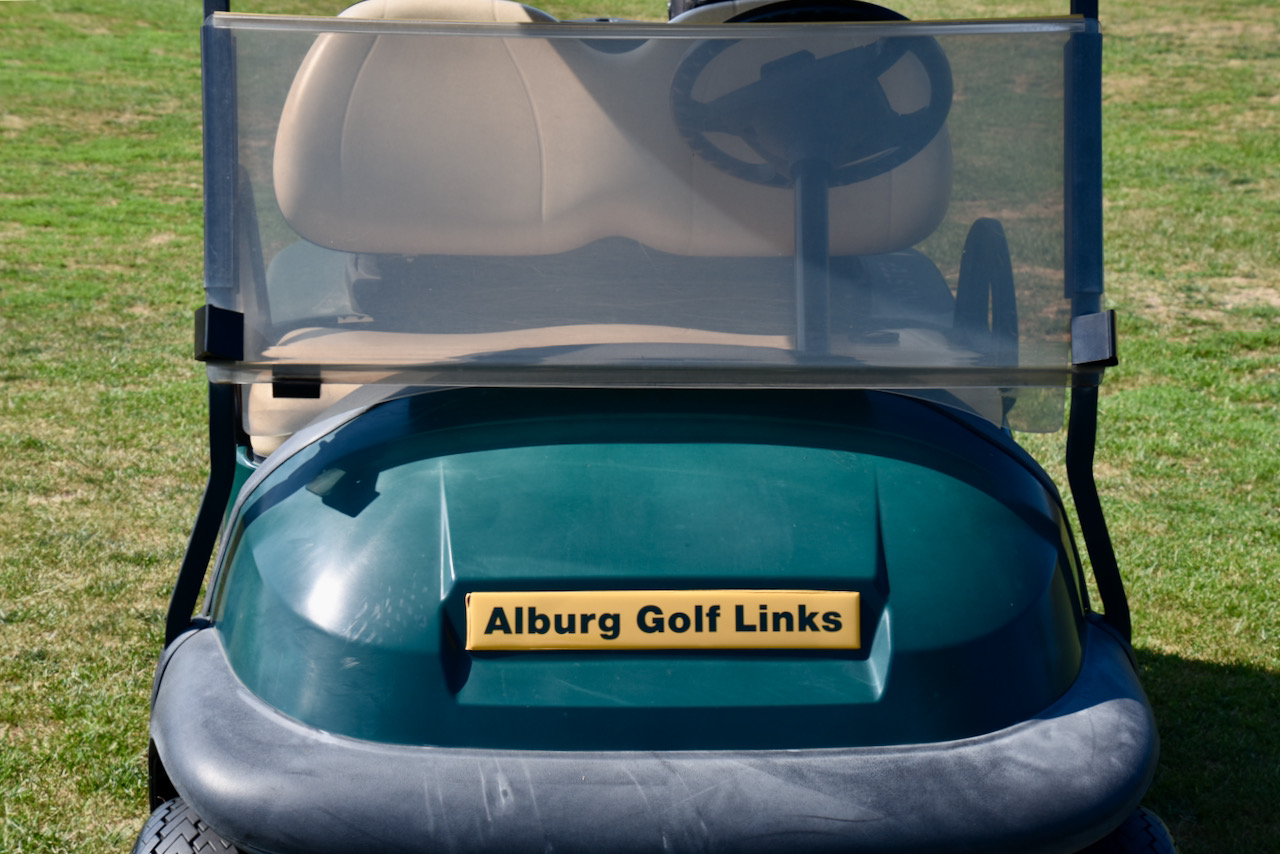 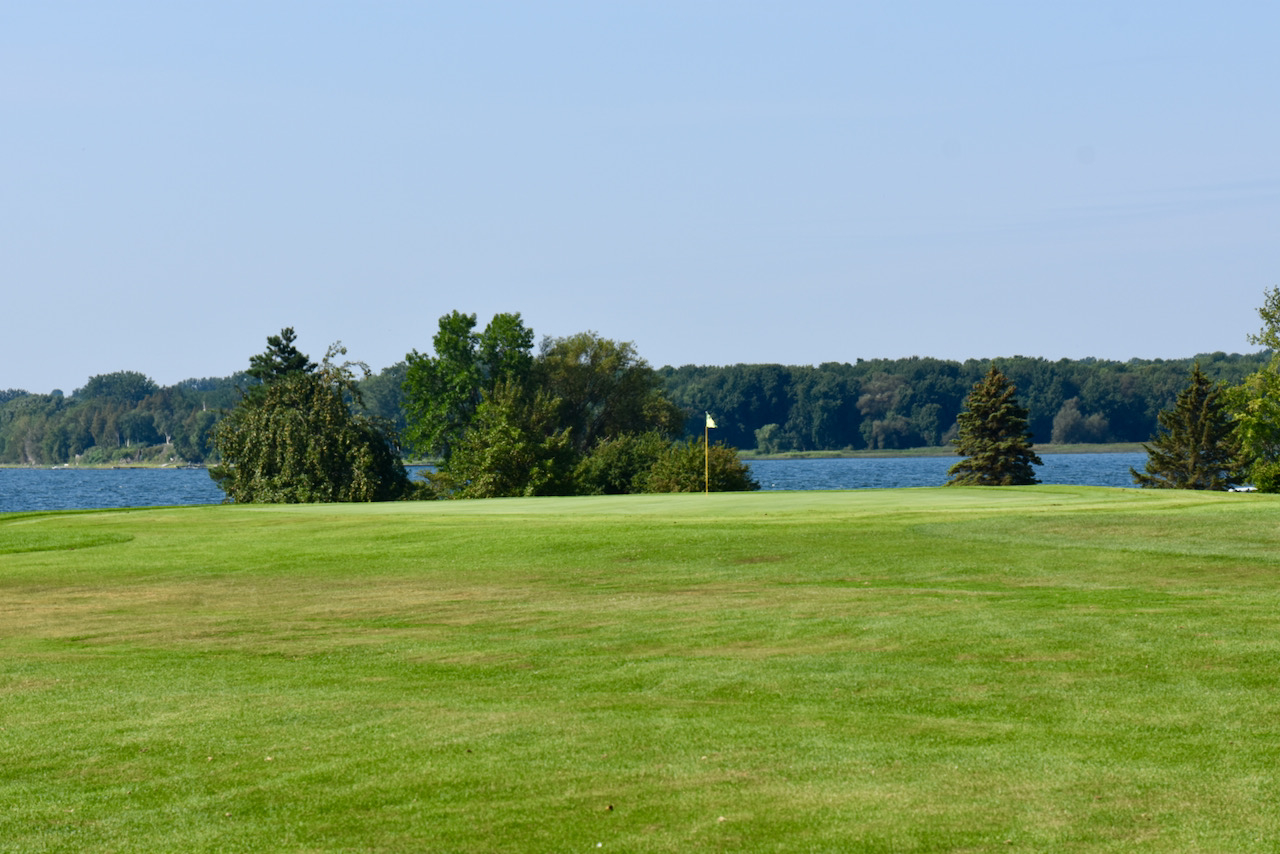 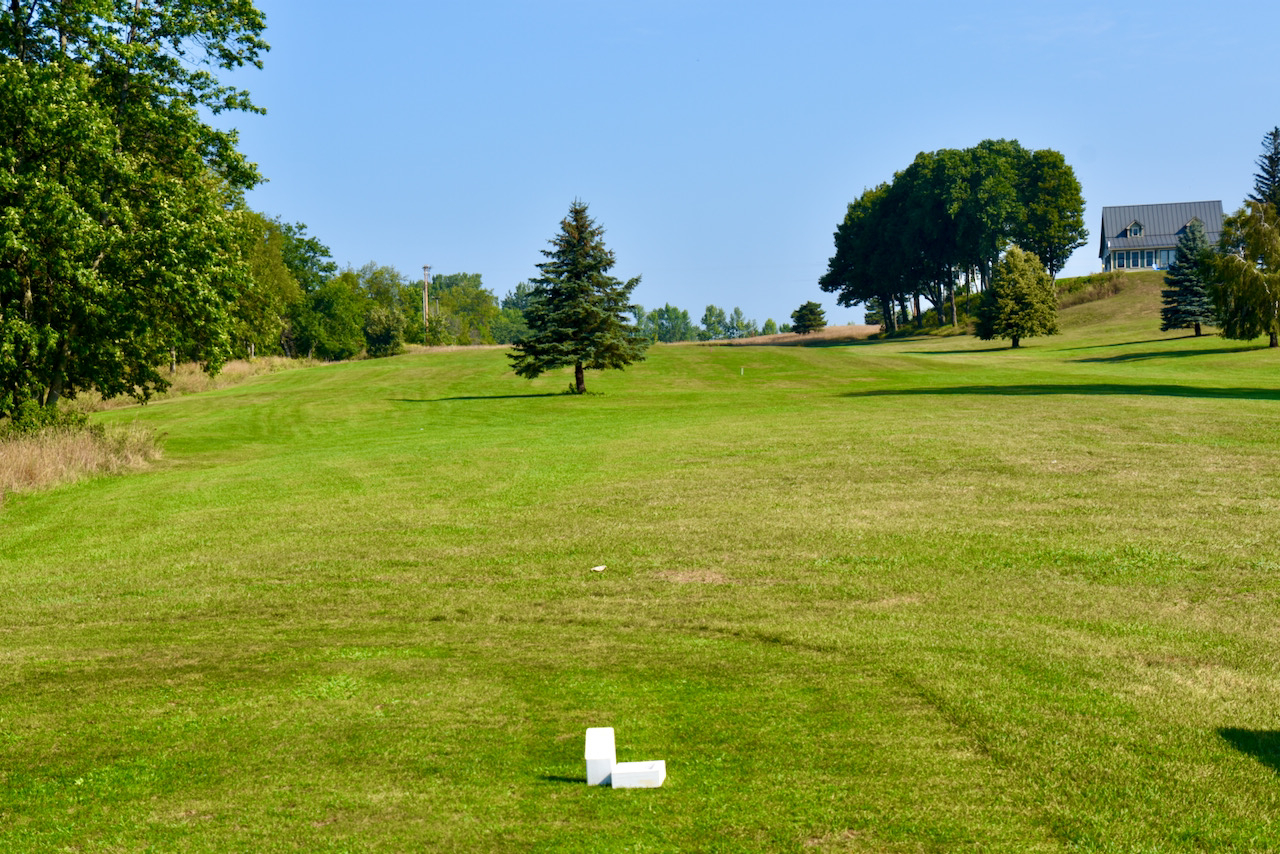 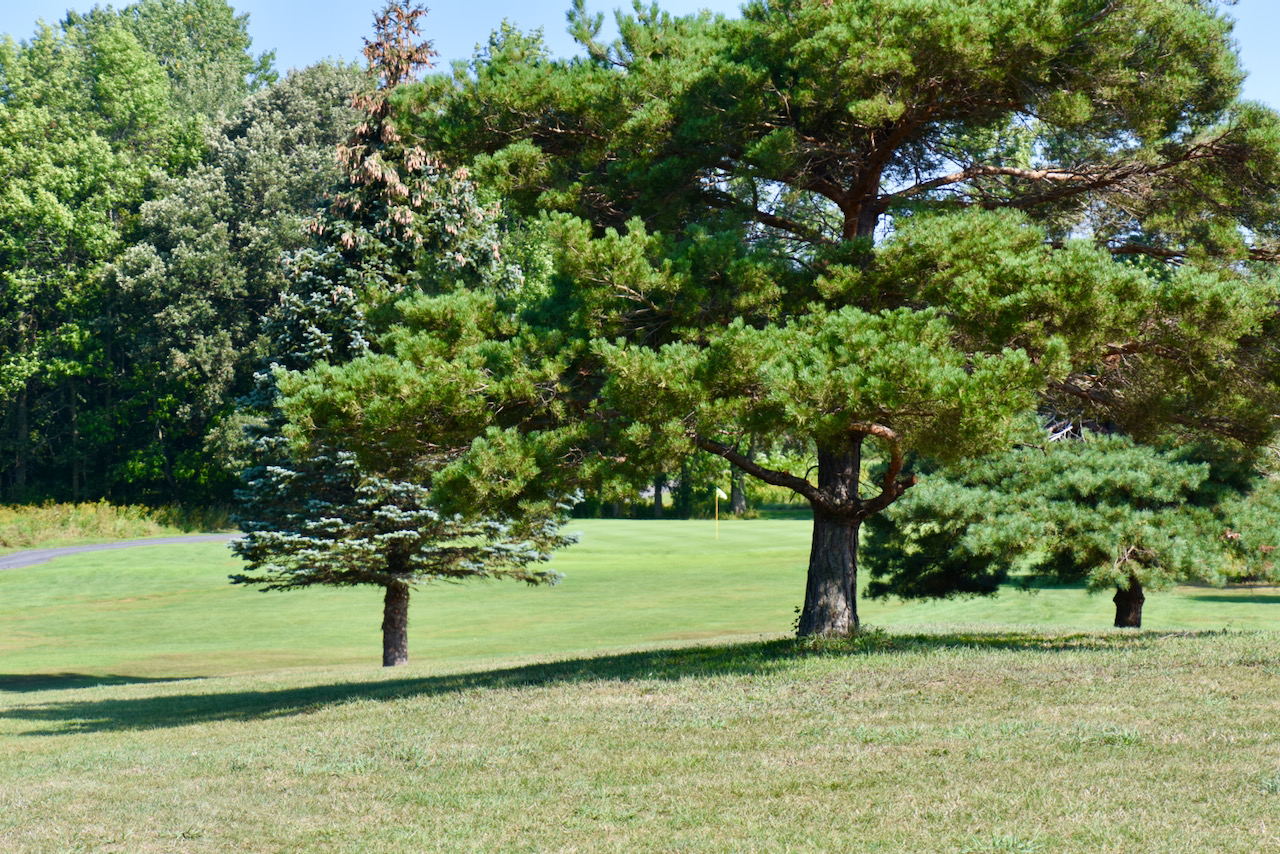 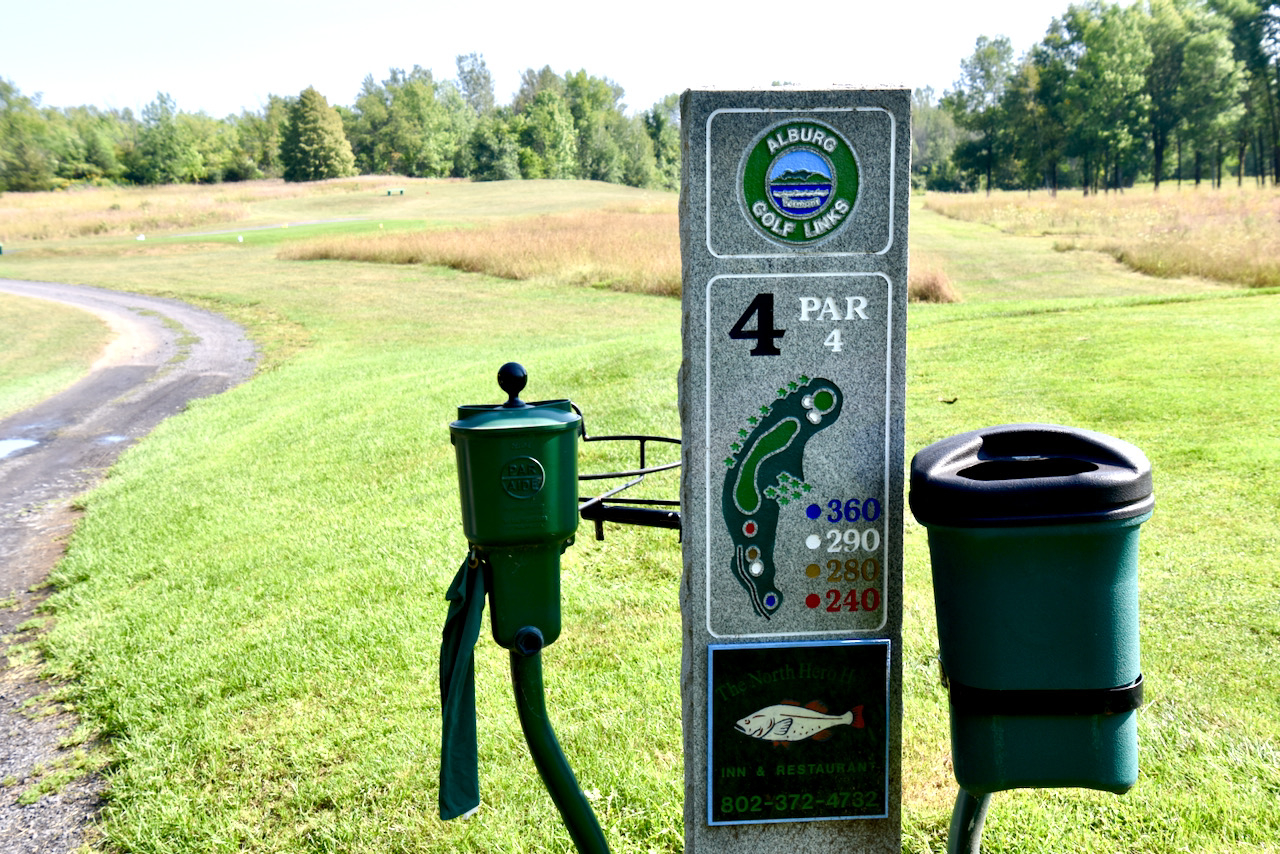 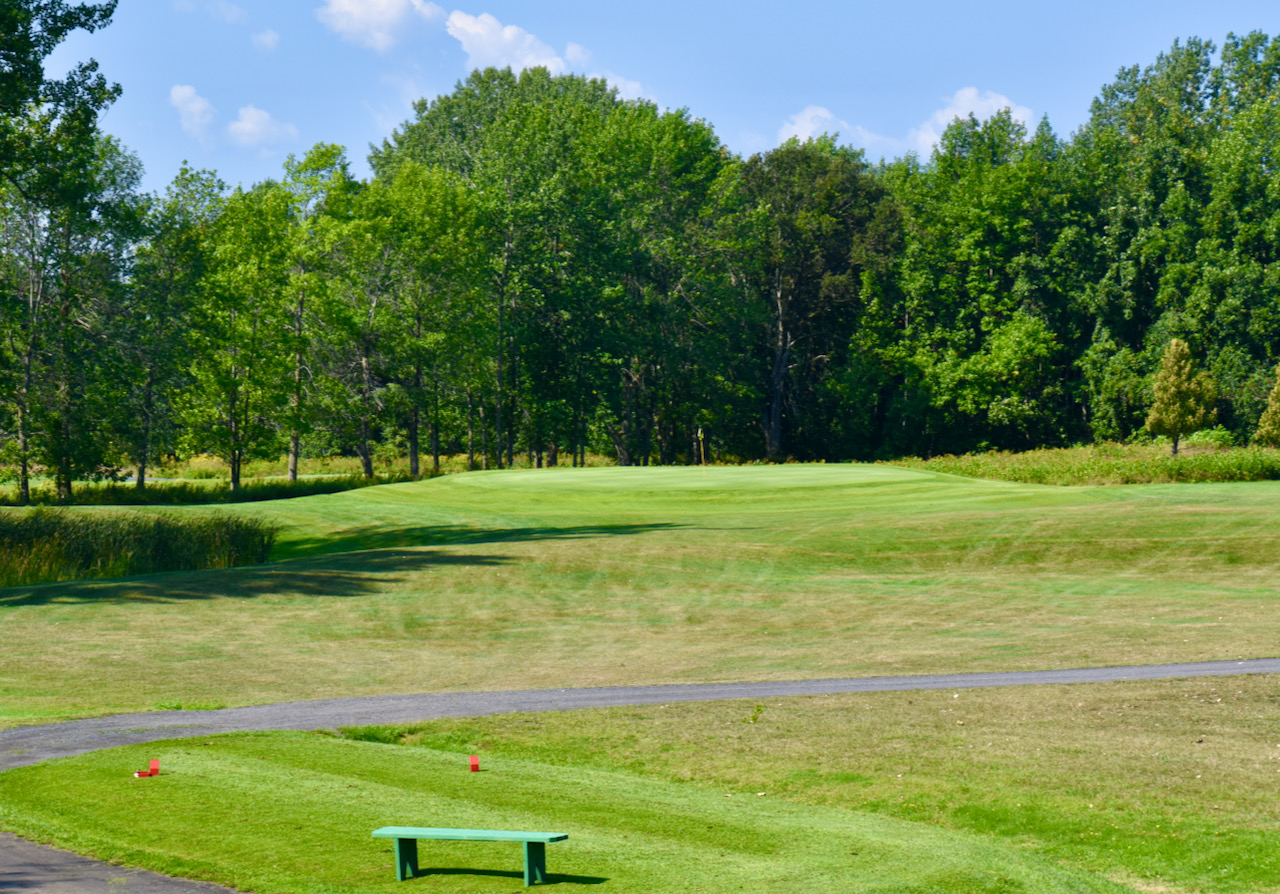 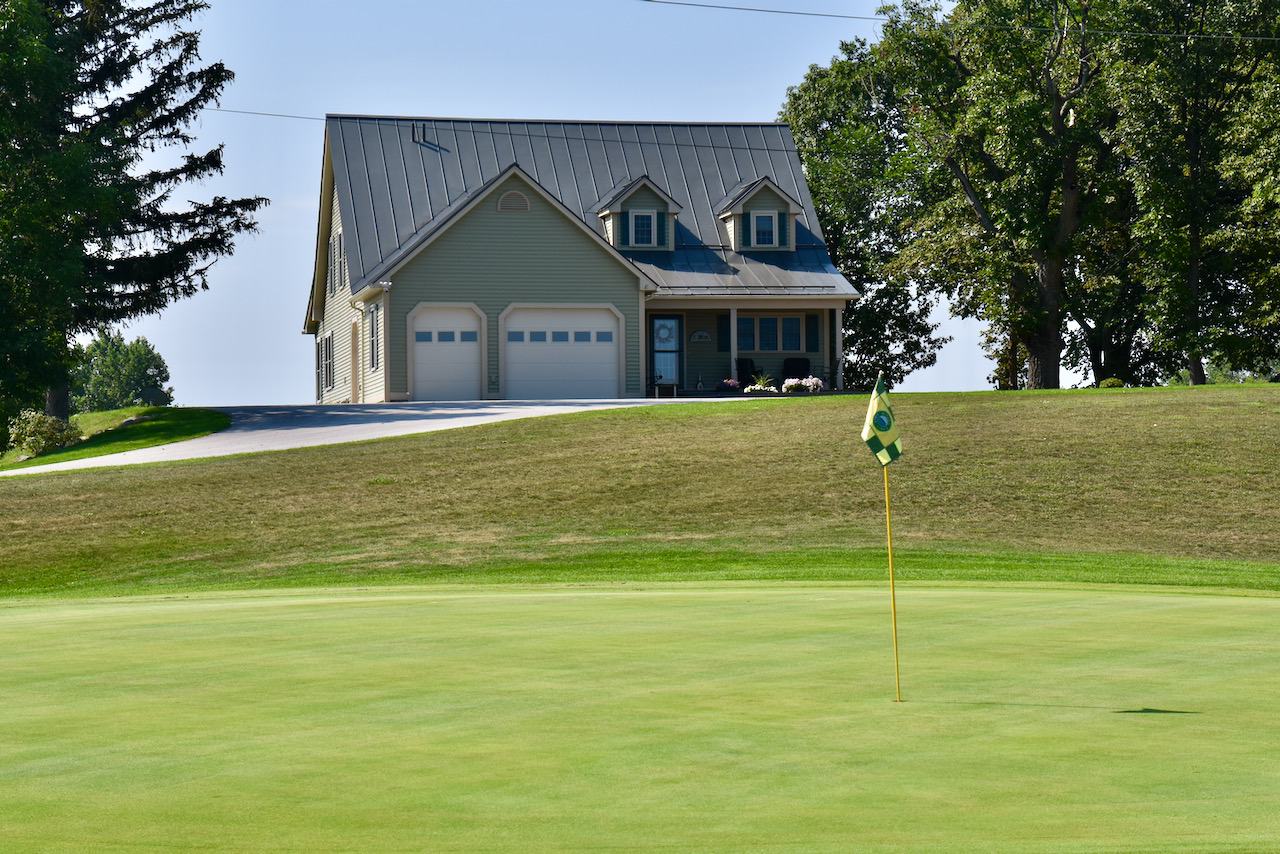 6th green and only house on golf course 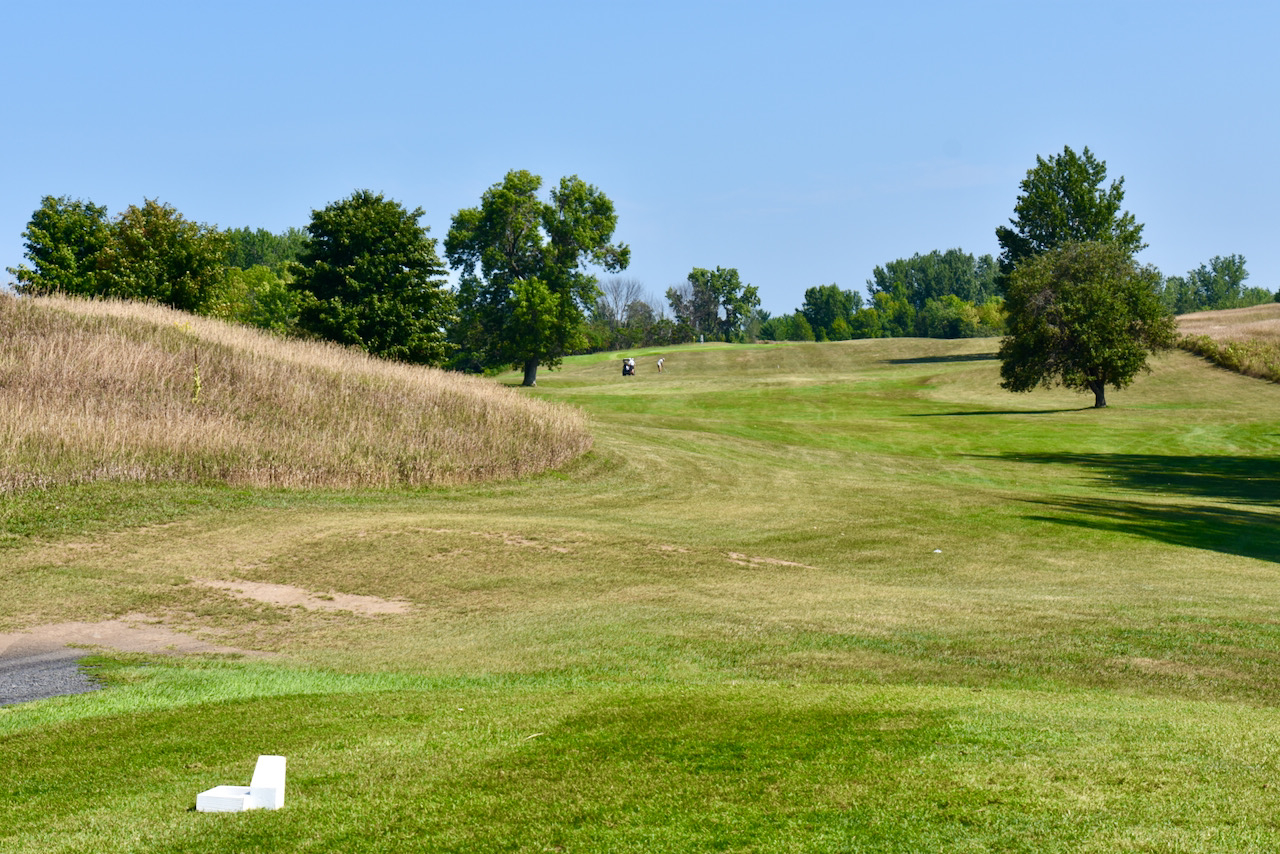 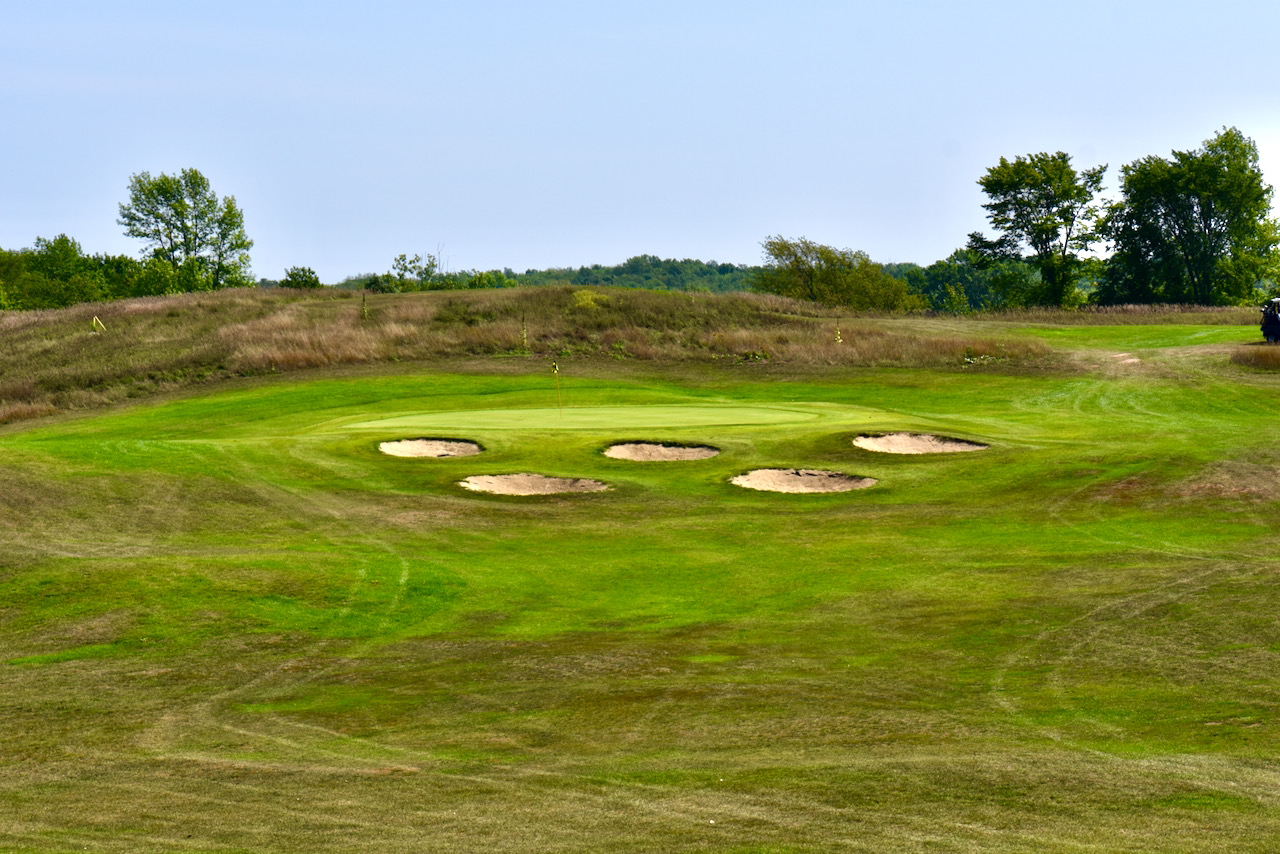 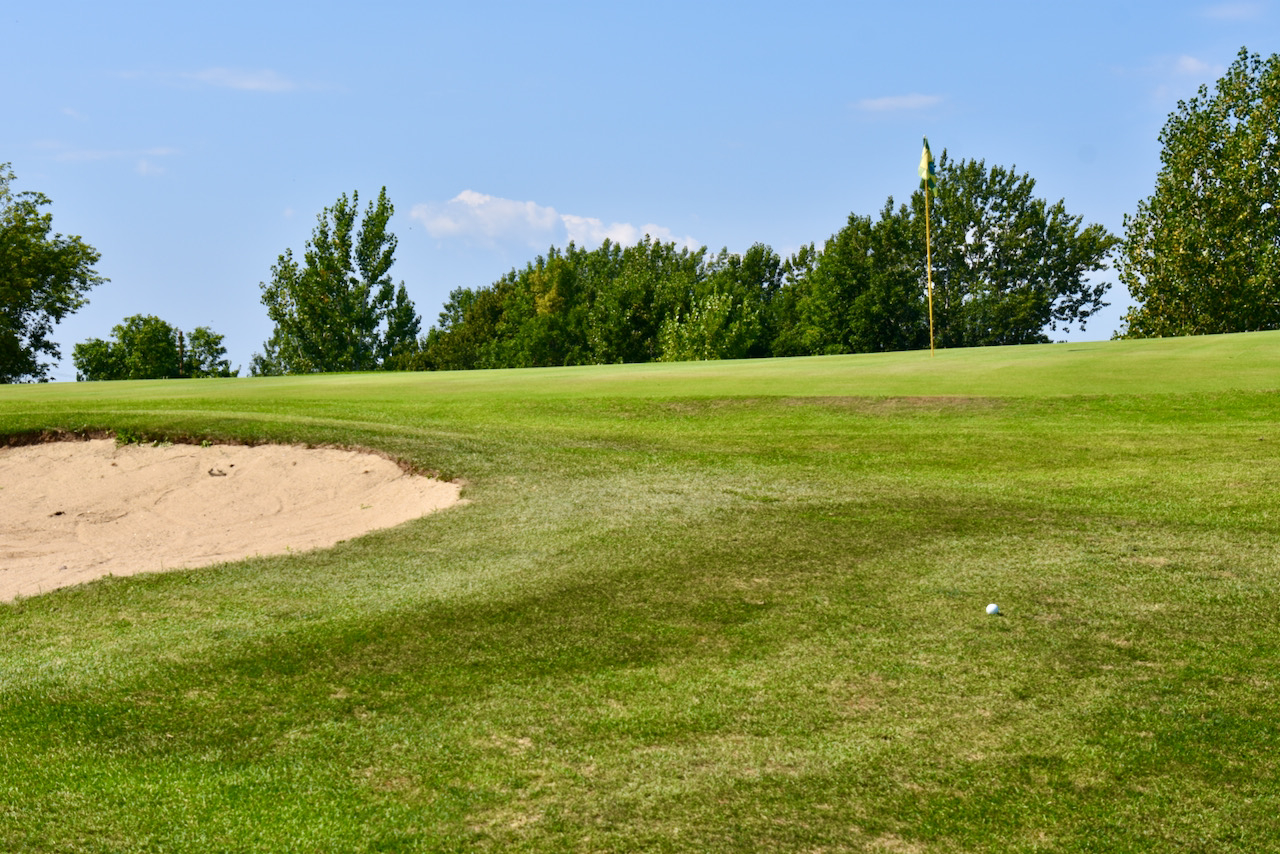 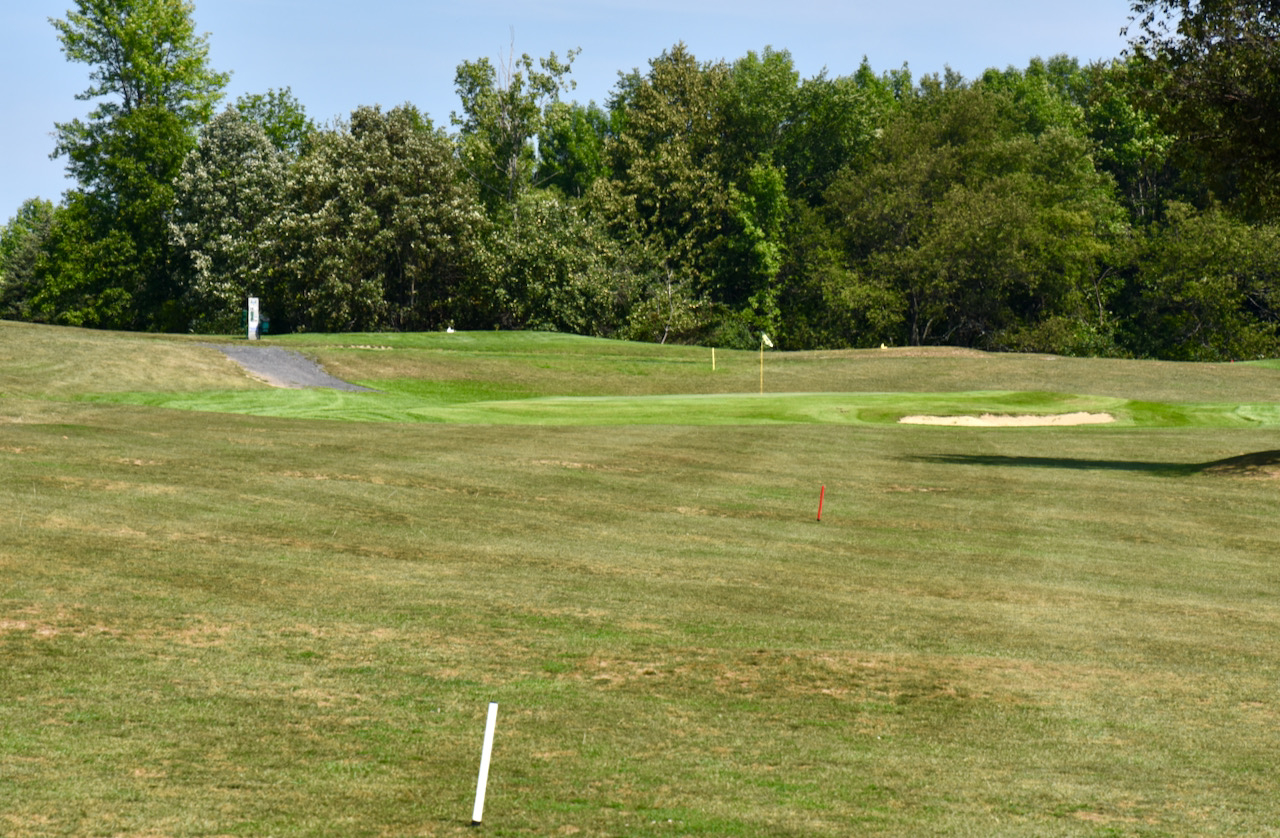 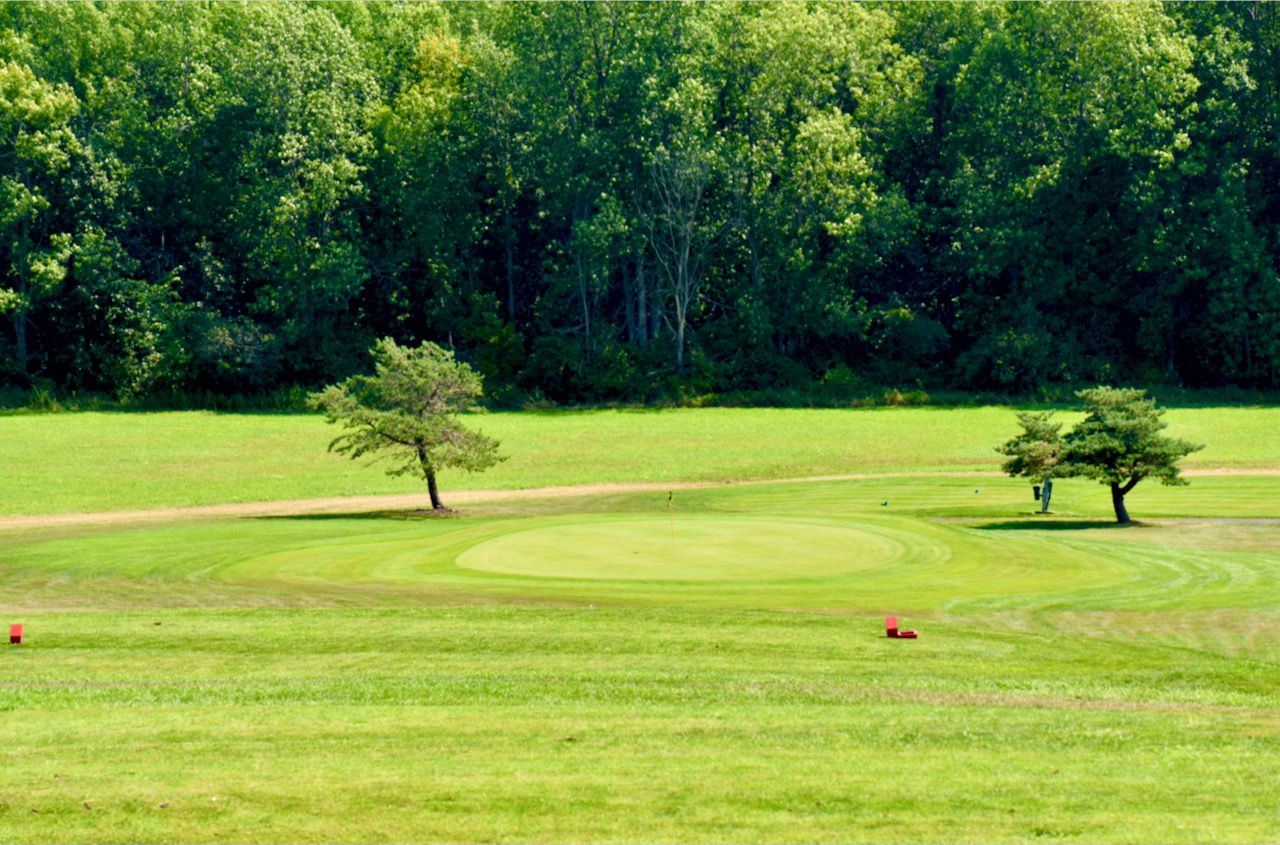 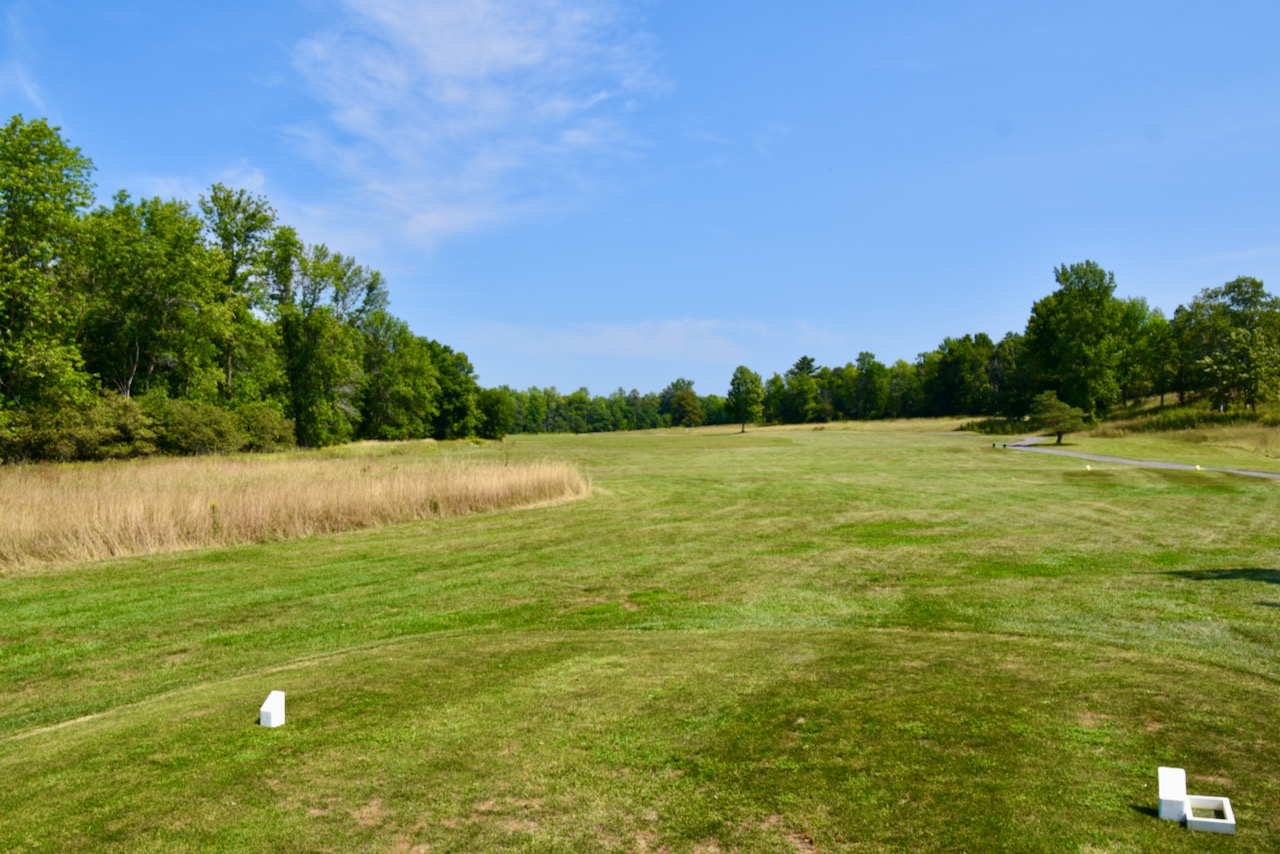 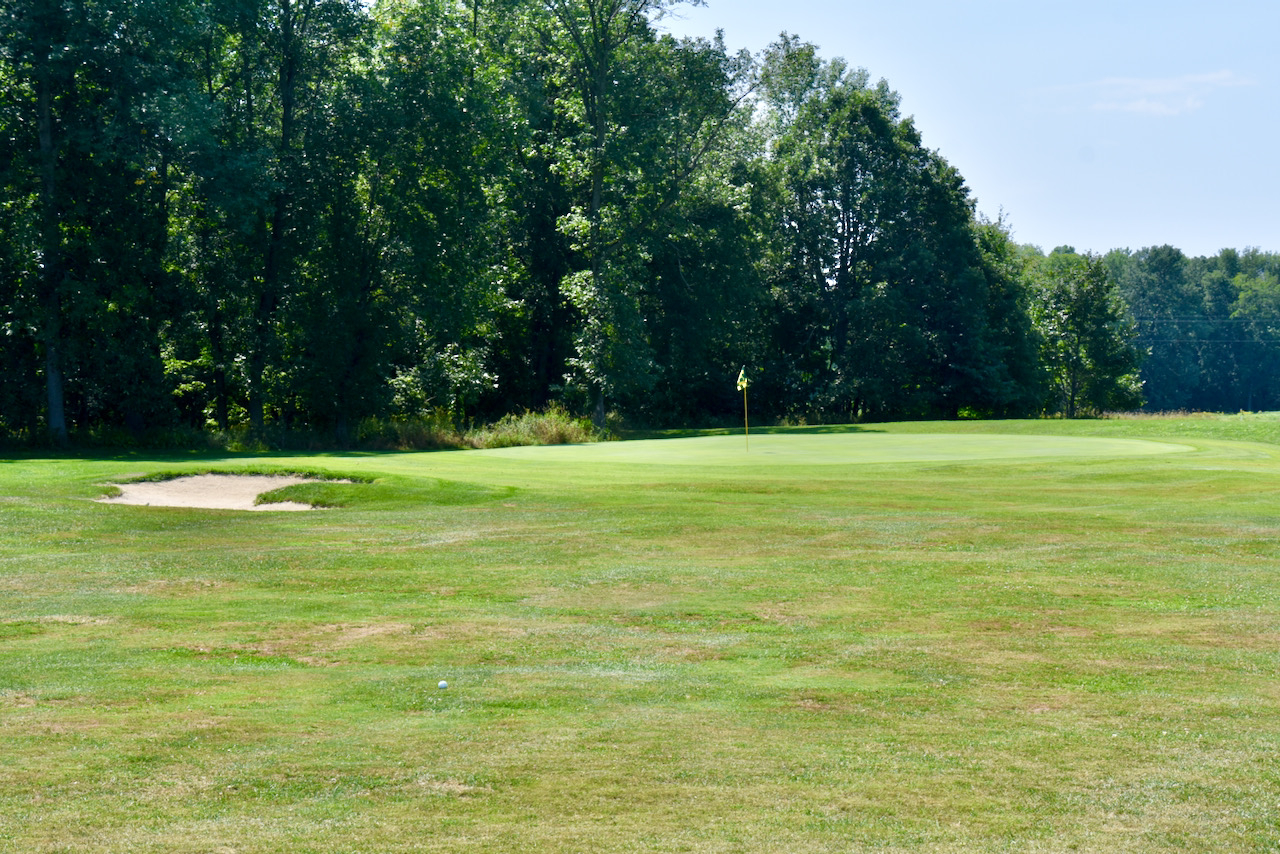 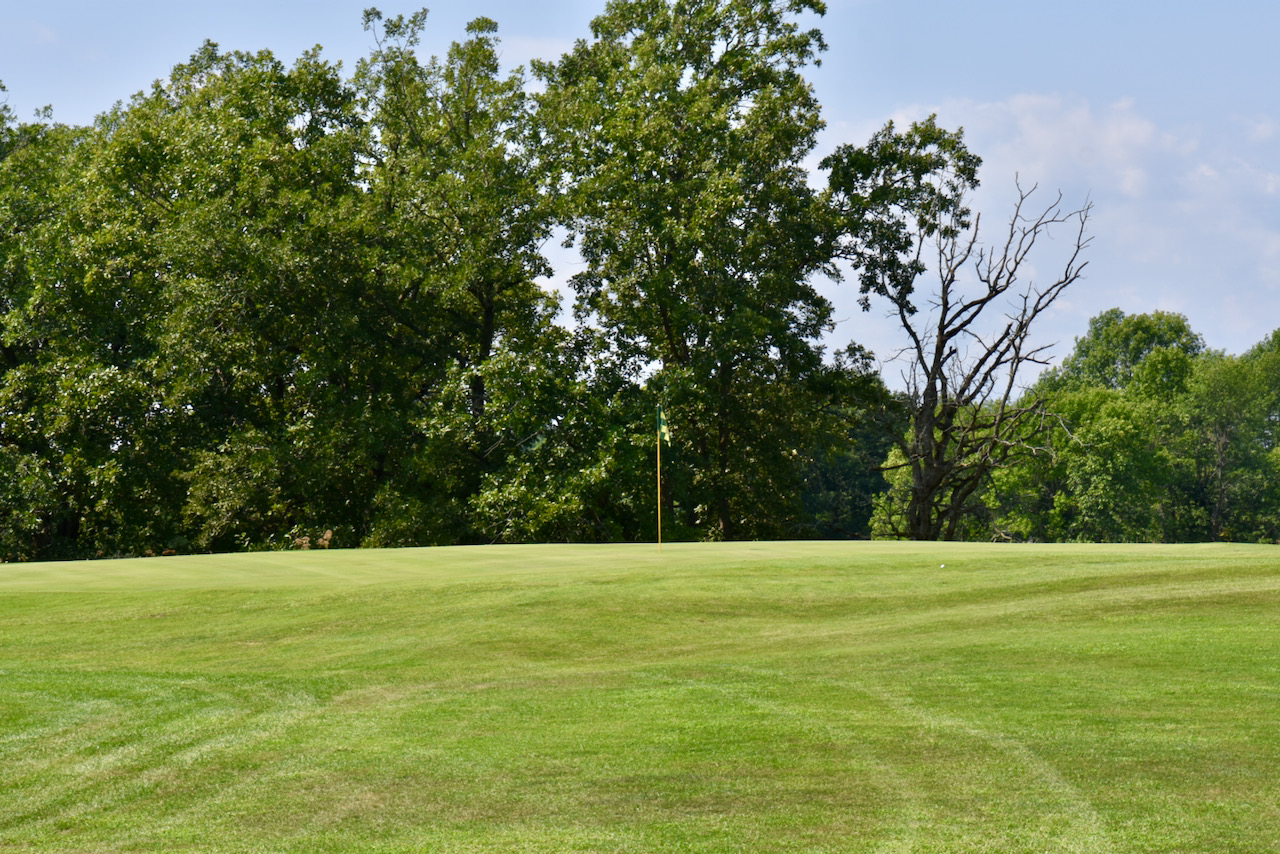 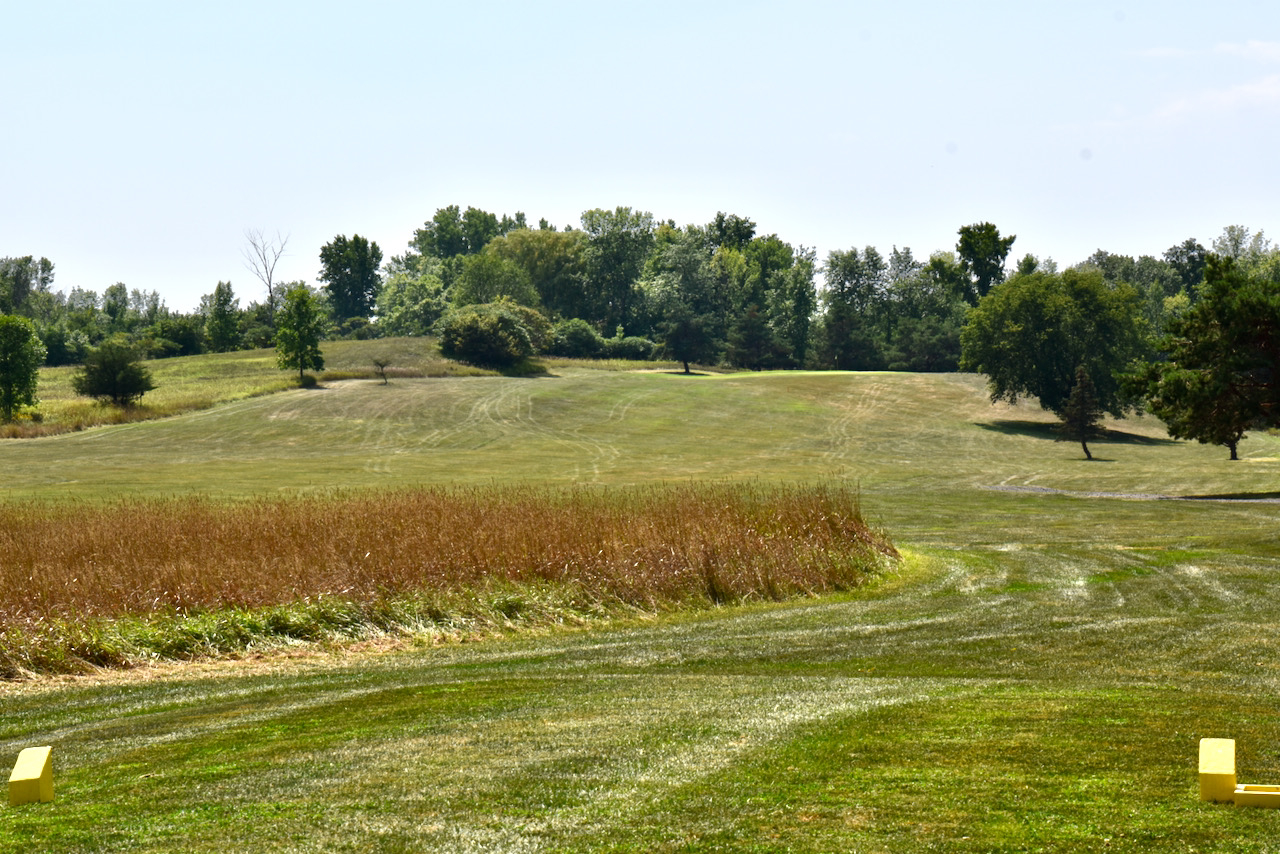 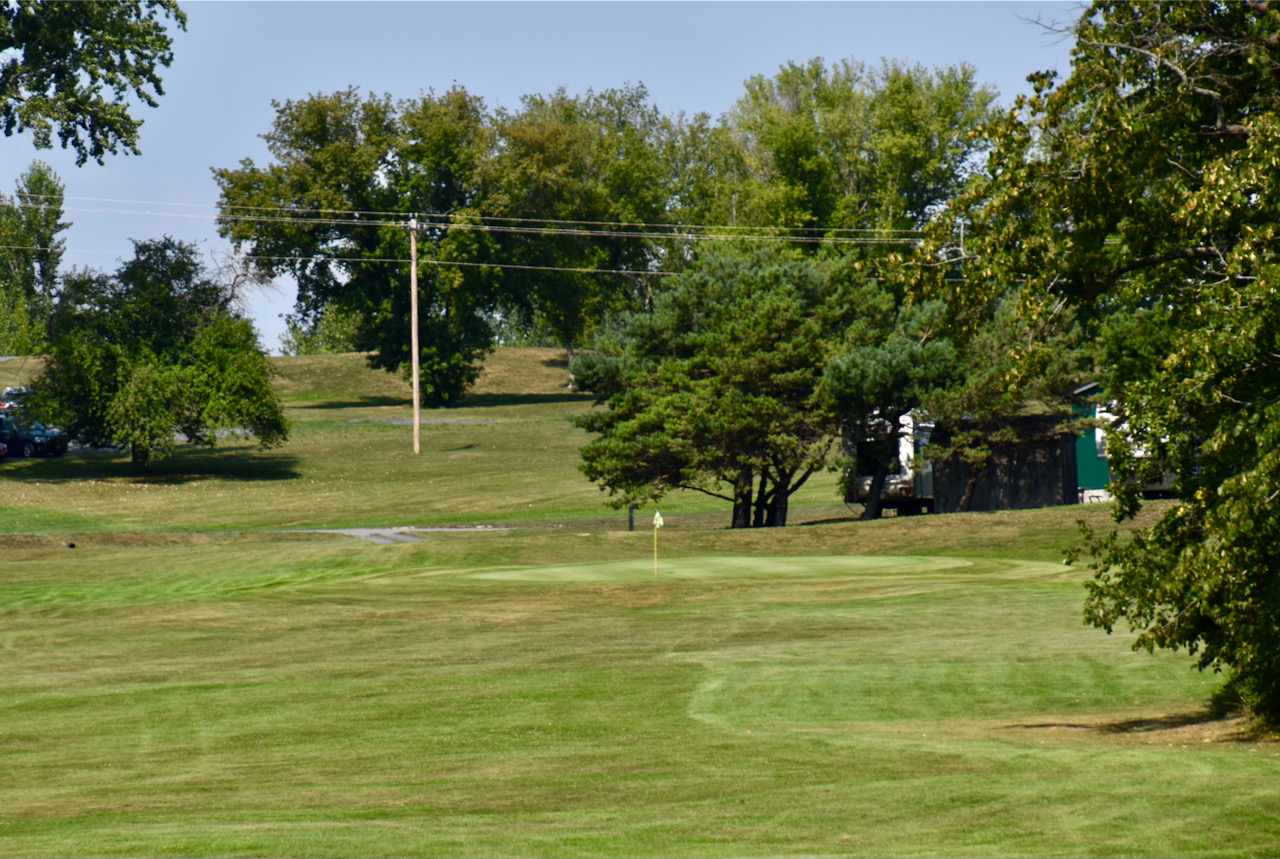 If I maintained a website called “Way Off the Beaten Cart Path,” Alburg Golf Links could be its poster child. Flanked by parts of Lake Champlain and just a few miles from the Canadian border, the golf course is about 45 minutes from Plattsburgh, NY, nearly an hour from Burlington, VT, and an hour from Montreal. (The clubhouse flies both the American and Canadian flags.) Between Alburg and those cities is pretty much nothing but lake and farmland, although another golf course, North Country in Rouses Point, NY, is just across the lake in New York State, 12 minutes away. Unless you are vacationing on one of the beautiful islands in the lake (e.g. North Hero, South Hero, Grand Isle, Isle la Motte), your investment in drive time will be substantial (although your investment in green fees will not, at just $35).

Is Alburg worth the trip from wherever? My answer is definitely “Yes” if you are a good putter who appreciates classic, small – some might say “tiny” – greens, most of which are crowned in the manner of Donald Ross, although much smaller than any of his I have played. Also yes if you want a reasonable shot at hitting every green in regulation although, at Alburg, “hitting” and staying on the greens are two different things (even though the greens were rather slow on the day I played). And as it is at many Donald Ross courses, once off the green, getting up and down becomes quite a challenge; if you short side yourself, you will have the choice of chipping into the crown and taking your chances on the roll; or you’ll have to open your club face and land a lofted chip just over the slope in front of you. Neither of those options yielded a par for me on five attempts.

Alburg is privately owned and operated, and although it appears to be earnestly maintained, the fairways are not irrigated.  That seems to work well in Scotland and the fact that an inland course like Alburg attaches "links" to its name may be a stretch, but the fairways rolled and bounced like a Scottish course and I found myself hitting roll-up punch shots enough to remind me of the Old Sod.

The fairways on a hot Wednesday in August were pretty much burned out; yet although Alburg’s golf professional, Doug Ruttle, gave me “permission” at check-in, with a wink and a smile, to roll my ball in the fairways, I found the need to do so only a handful of times. Of course, the hardened fairways helped goose my distances off the tee which was a big help on a few of the longer par 4s but also a problem on some tilted fairways. (The rough, surprisingly, was actually lush in some places.)

The roll-out was a particular problem on one of the most challenging fairways I’ve ever played, the par 4 9th hole, rated the toughest hole on the course and justifiably so. As you stand on the tee, you cannot see the green 370 yards in the distance. You appear to have two choices to direct your shot – either over a large hill directly between you and the green, or to the right of the hill and to the only strip of fairway you can see from the tee. The hill is intimidatingly high although not more than a 175-yard drive to clear, and it fully obscures the green; this first timer chose the apparently safe route. It wasn’t; given the tilt of the fairway, there was no way to keep a well struck drive down the right side of the fairway from bounding to the right and into the rough. The 9th hole presents a pick-your-poison tee shot, after which you have a mid-iron or longer uphill approach to yet another crowned green, a bunker guarding part of its left side.

A few comments about the bunkers at Alburg: They are few and far between. You don’t encounter one until the 4th hole and most of them are more decorative than penal, the one exception the patch of a bunker at mid-fairway on the short par 4 14th; but there is plenty of room on both sides of that hazard and a fairly long hitter can fly one just over. The sand in the bunkers which, fortunately I never needed to test, appeared to be fairly consistent, perhaps a bit grainy.

At 6,582 yards from the tips, Alburg will not play long for those who drive a ball 230 and farther, especially on the baked-out fairways. My own tee balls are less prodigious, more on the order of 210, and I chose the white tees at a total of 5,905 yards. On a couple of par 4s, I required a fairway metal club for a go at the greens but, for the most part, my approaches on the two shotters were with 7-iron and less. The par 5s are reachable in two for longer hitters; I made it to the fringe with my second shot on one of them and was within sand wedge on the others. The only memorable par 3 was the one fronted by five oval bunkers, the only green on the entire course that featured more than two sand traps.

Like many family-run golf courses – the course is owned and managed by locals Luke and Diane Brazin -- everyone who works at Alburg Golf Links seems genuinely happy to see a fee-paying customer, from the head pro who was working the register in the pro shop, to the gentleman driving one of the lawn mowers who helped me find the “hidden” white tee box on a par 3, to the ladies in the restaurant, a convivial and busy place at lunchtime (excellent hamburger too).

The day I played happened to be the first day of the new school year in Alburg, and it was clear from the short staff scurrying around that they were without their summer help for the first time in months. They were also without many paying customers as I pretty much had the course to myself, one lone player pulling a cart almost catching up with me on #9. (I never saw him again so he must have left at the turn.)  As soon as the Canadian government permits its citizens to cross the U.S. border, less than 10 miles away, that will change. A fun golf course, and friendly atmosphere and the Canadian flag hanging on the clubhouse awaits them. And our neighbors to the north know a good value when they see one.