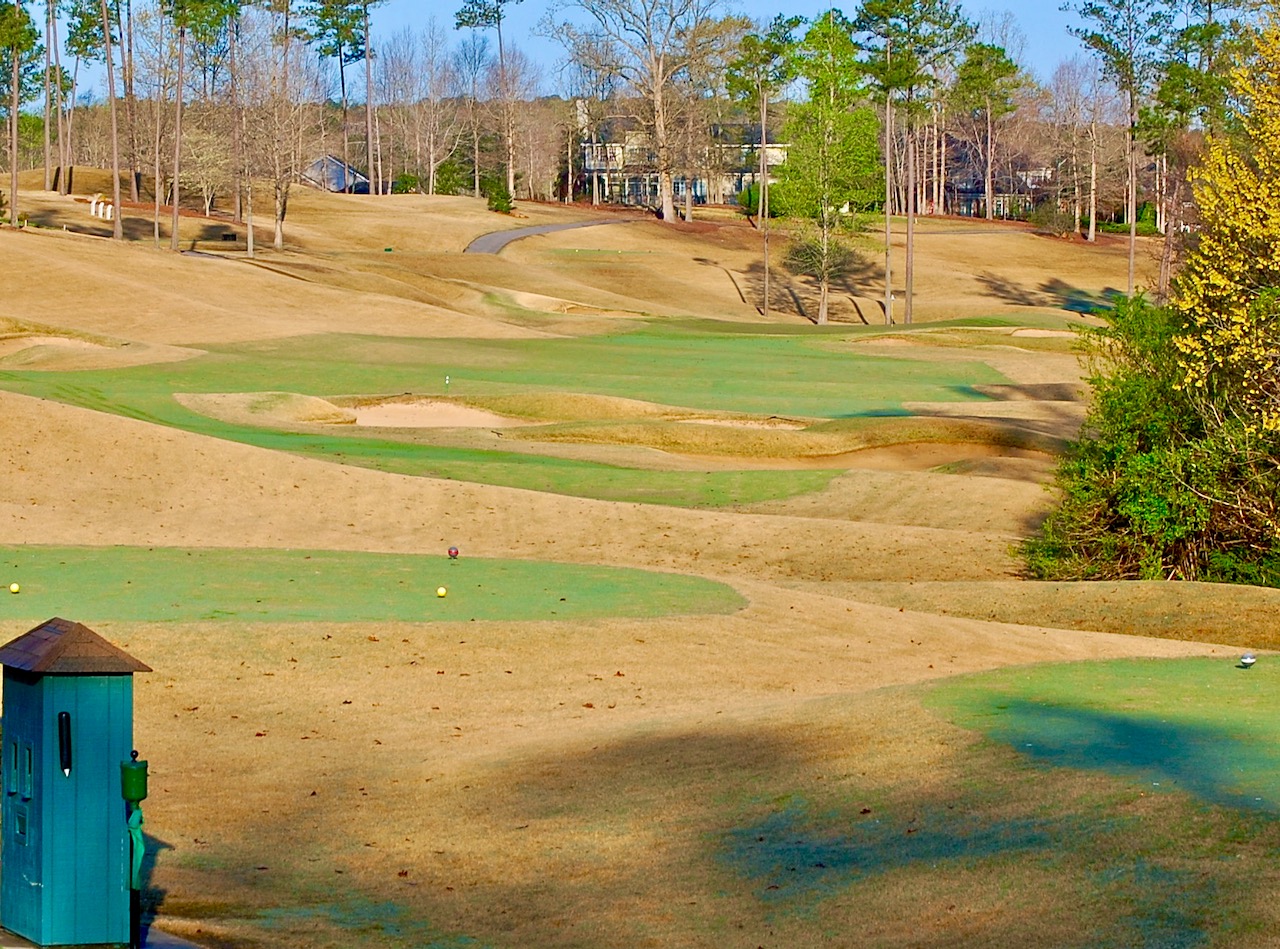 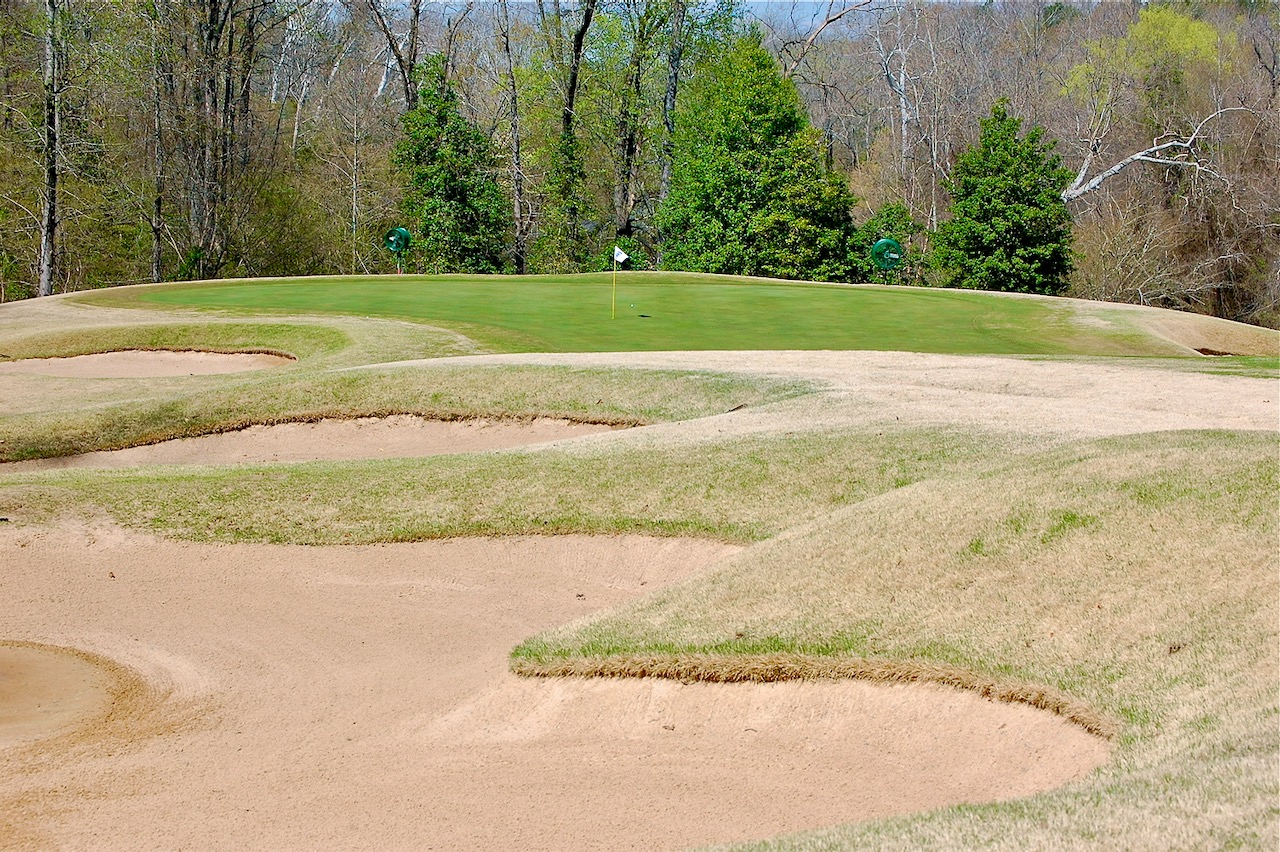 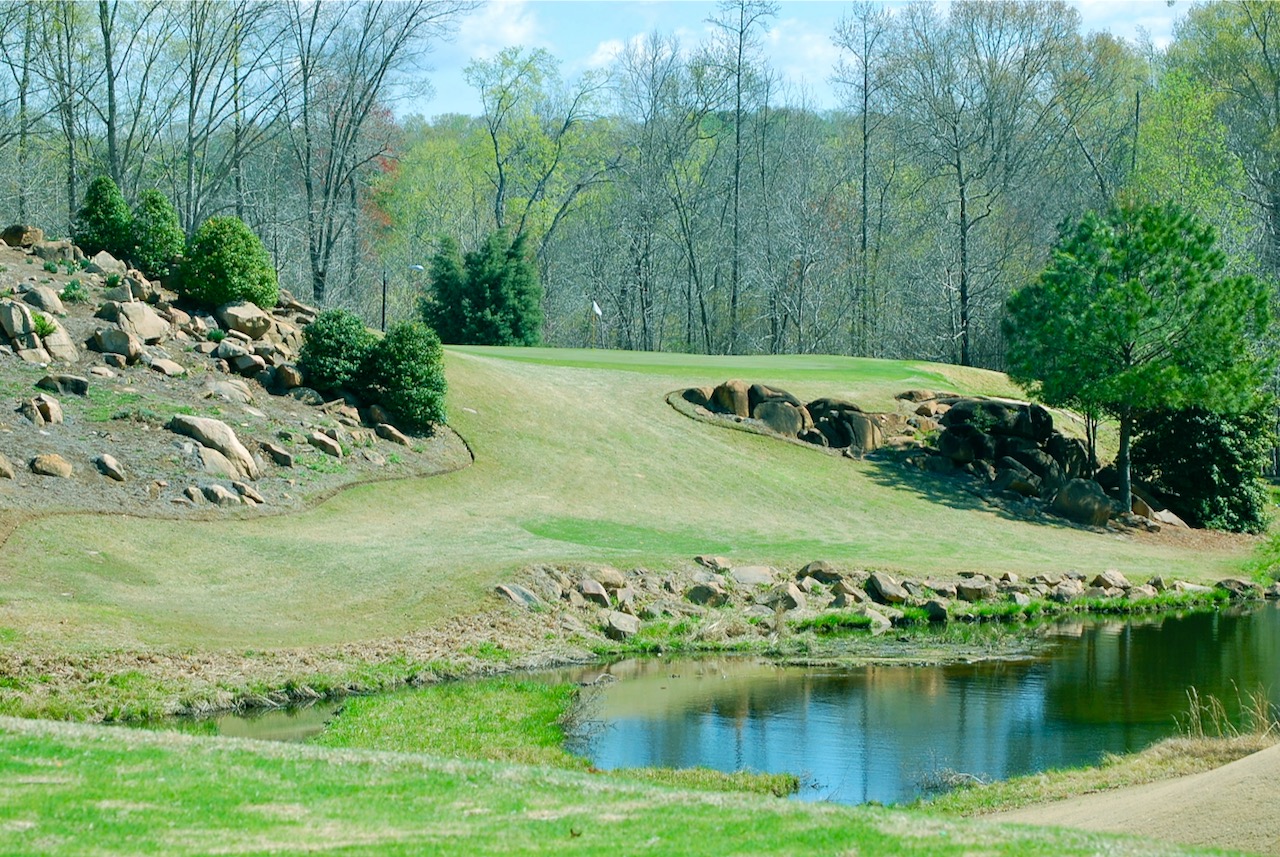 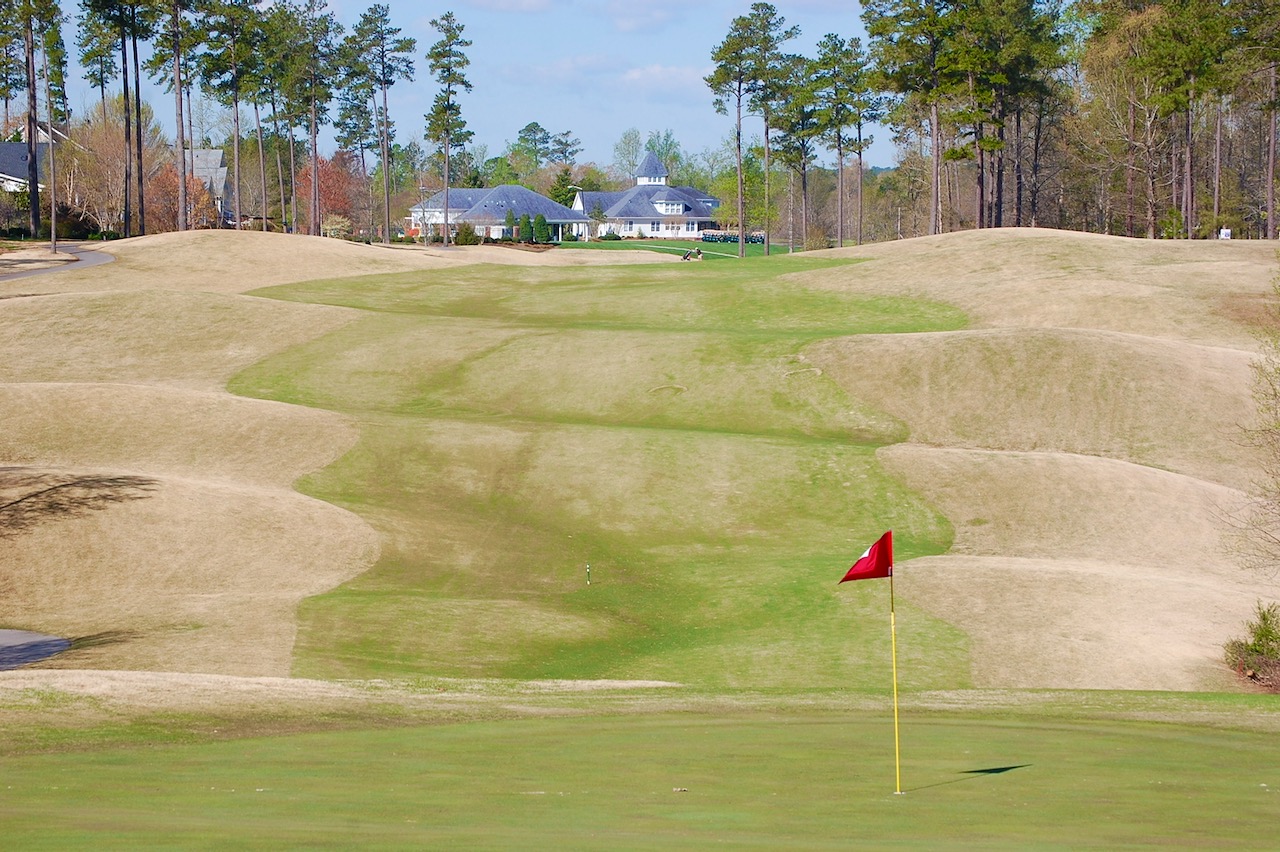 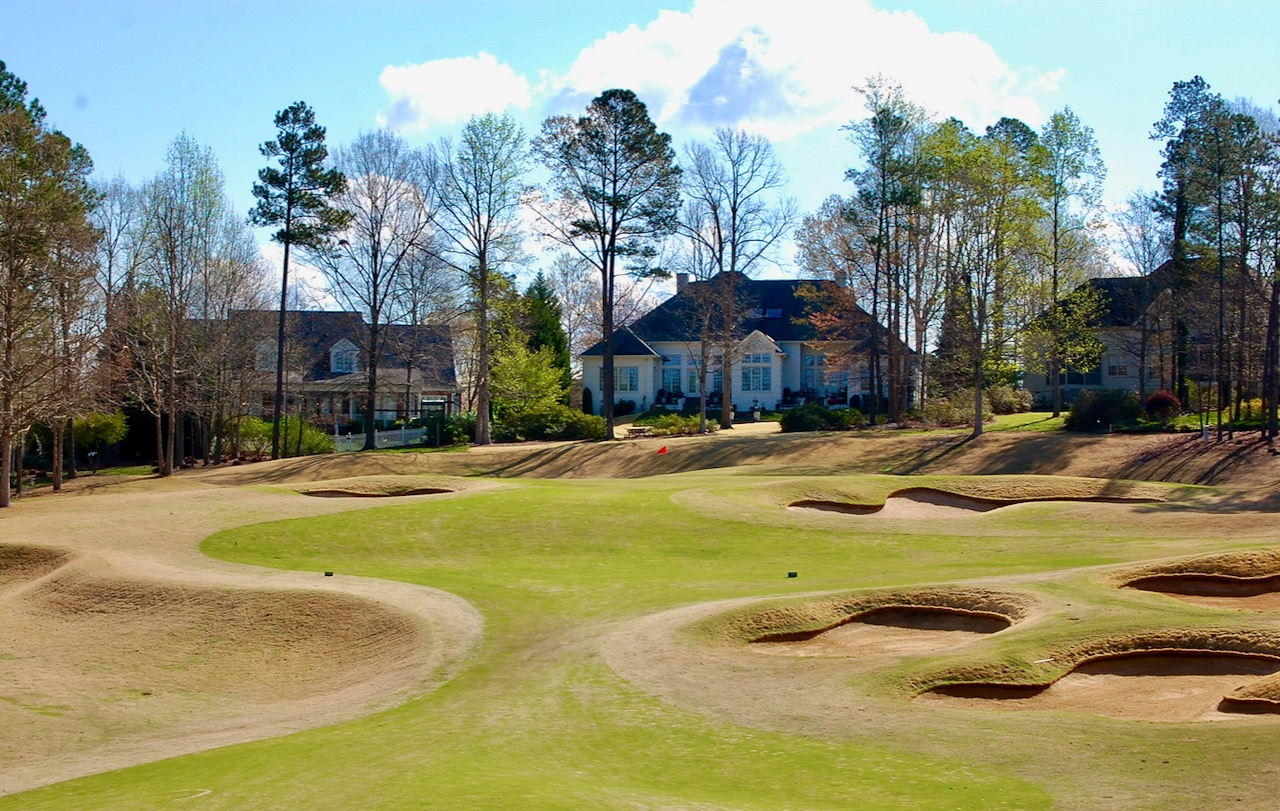 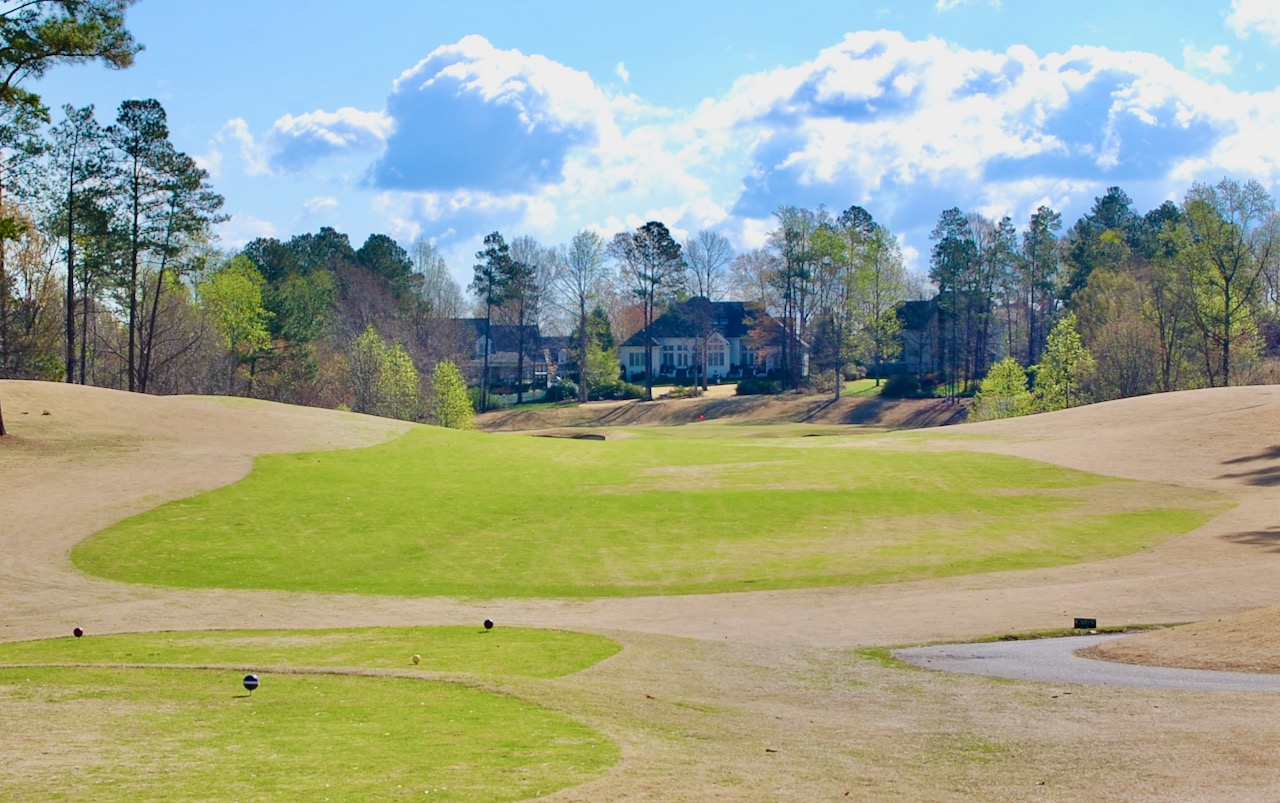 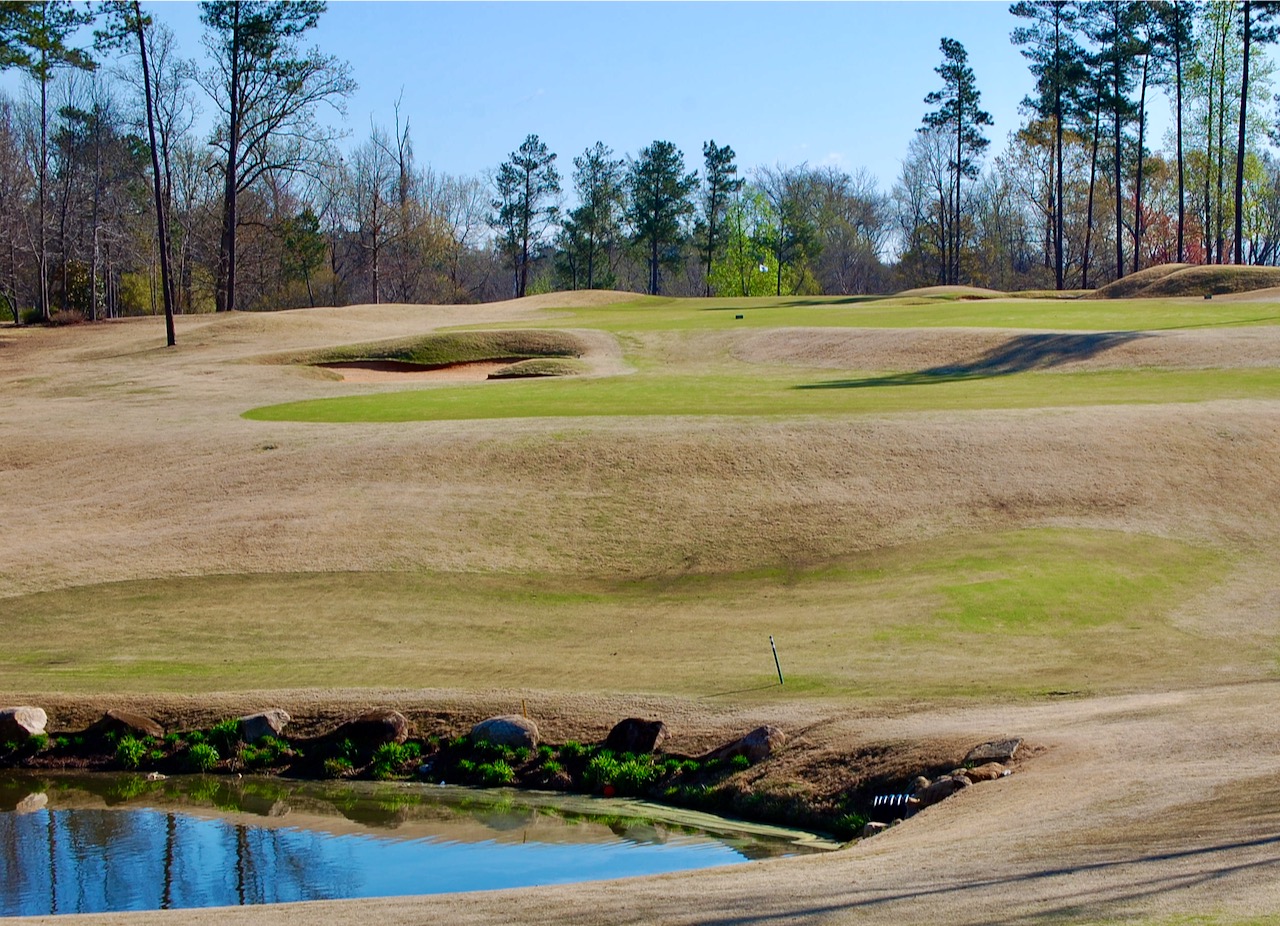 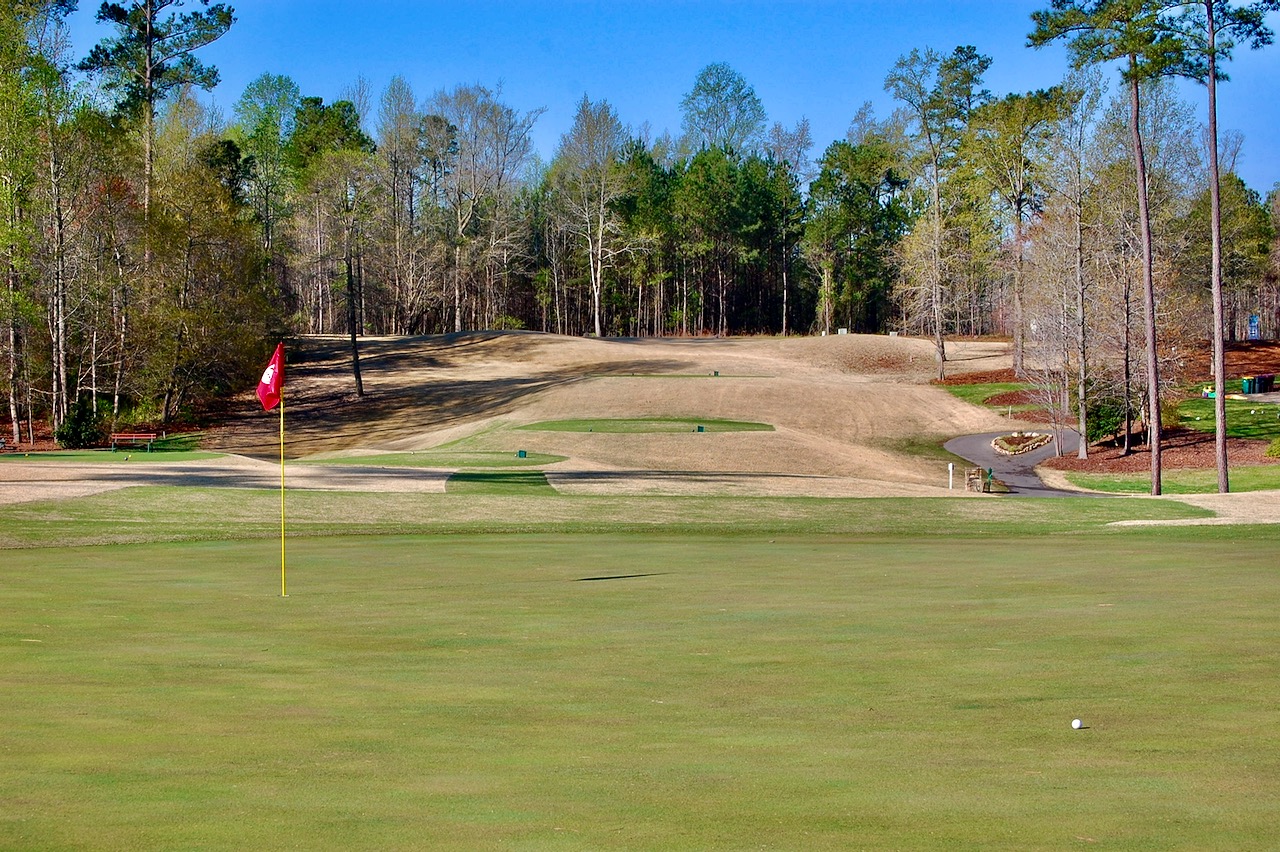 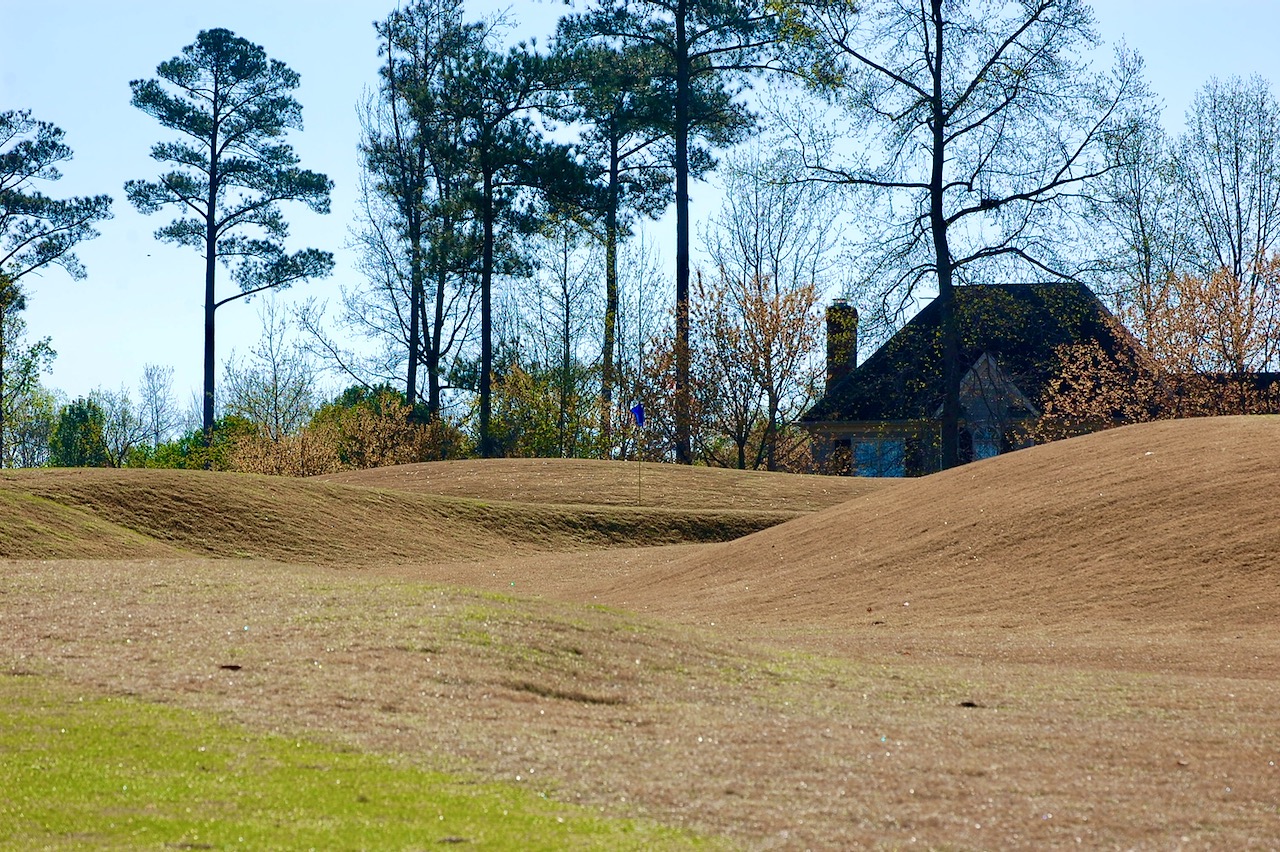 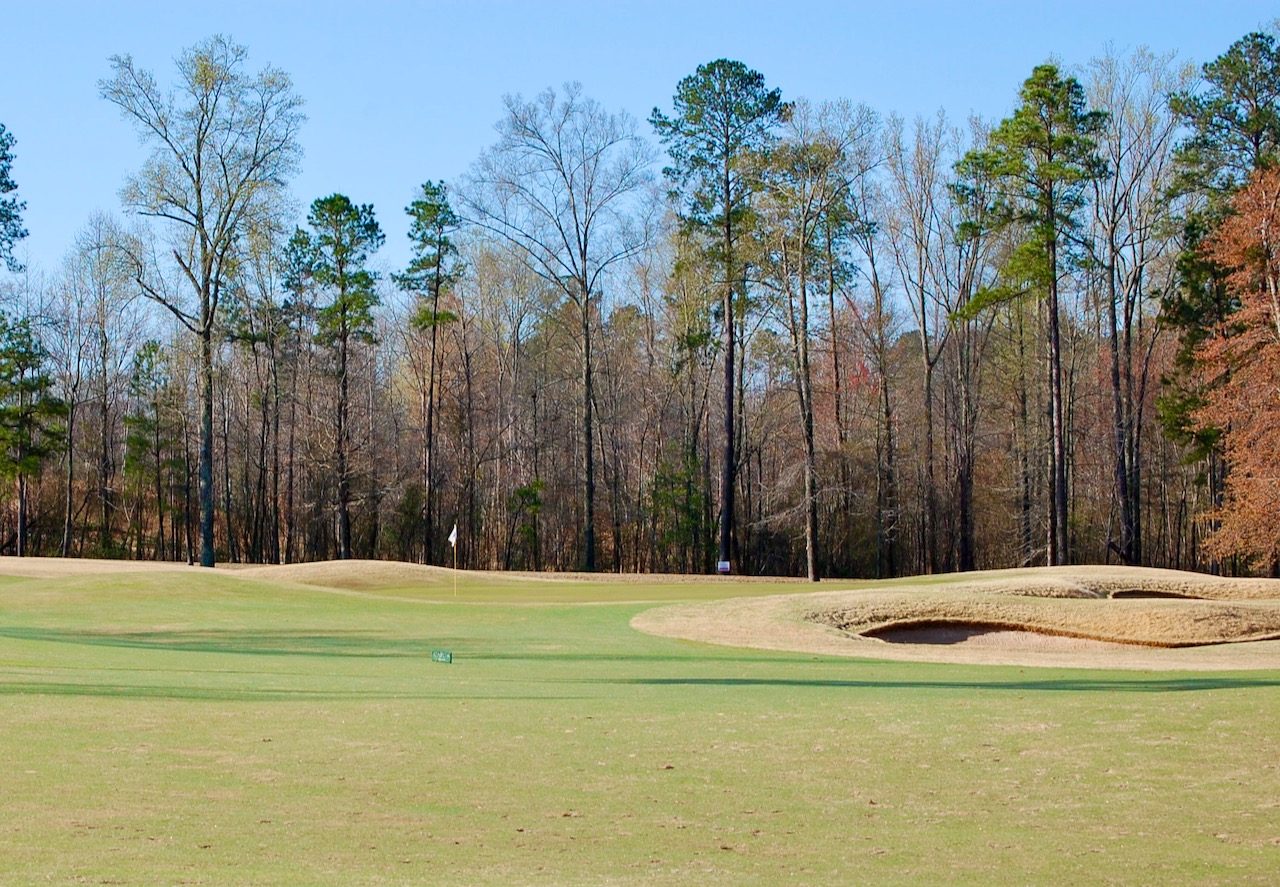 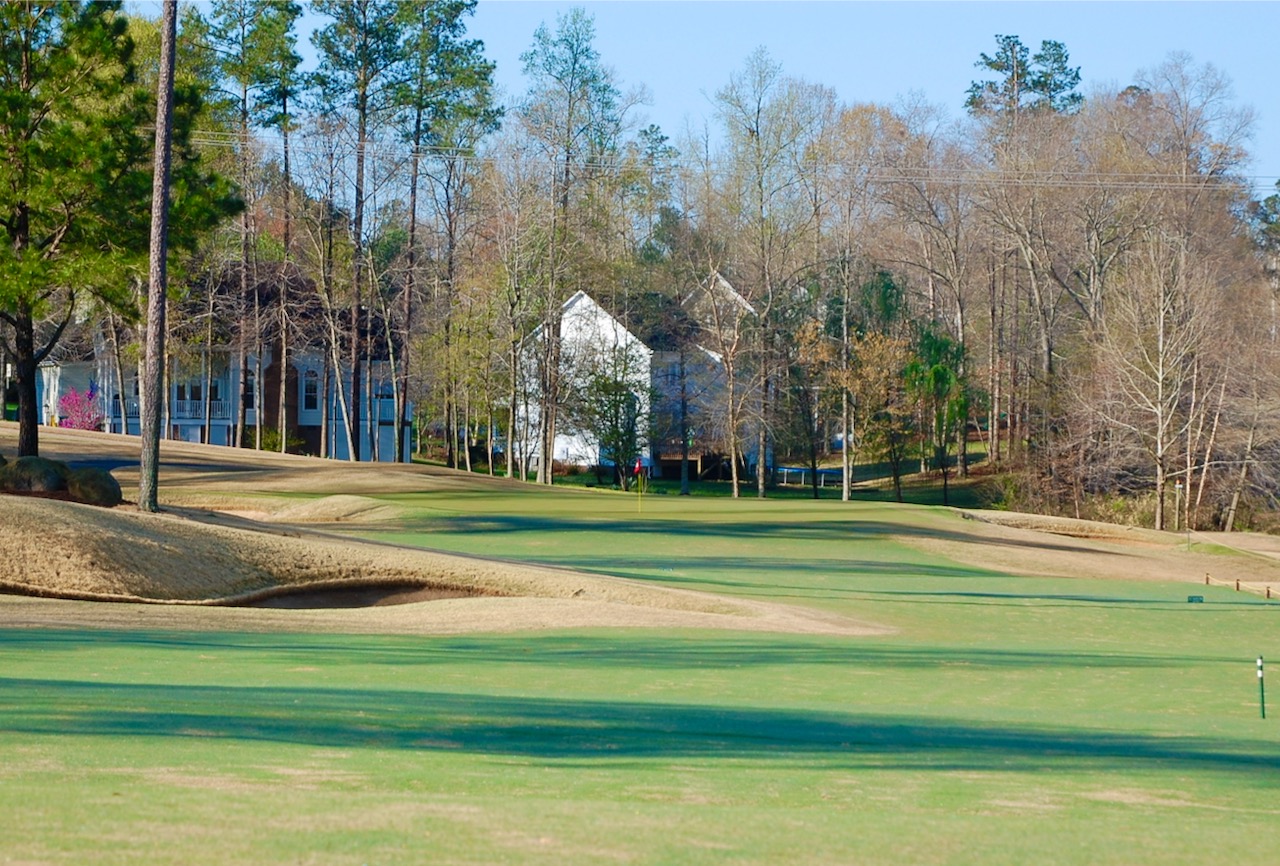 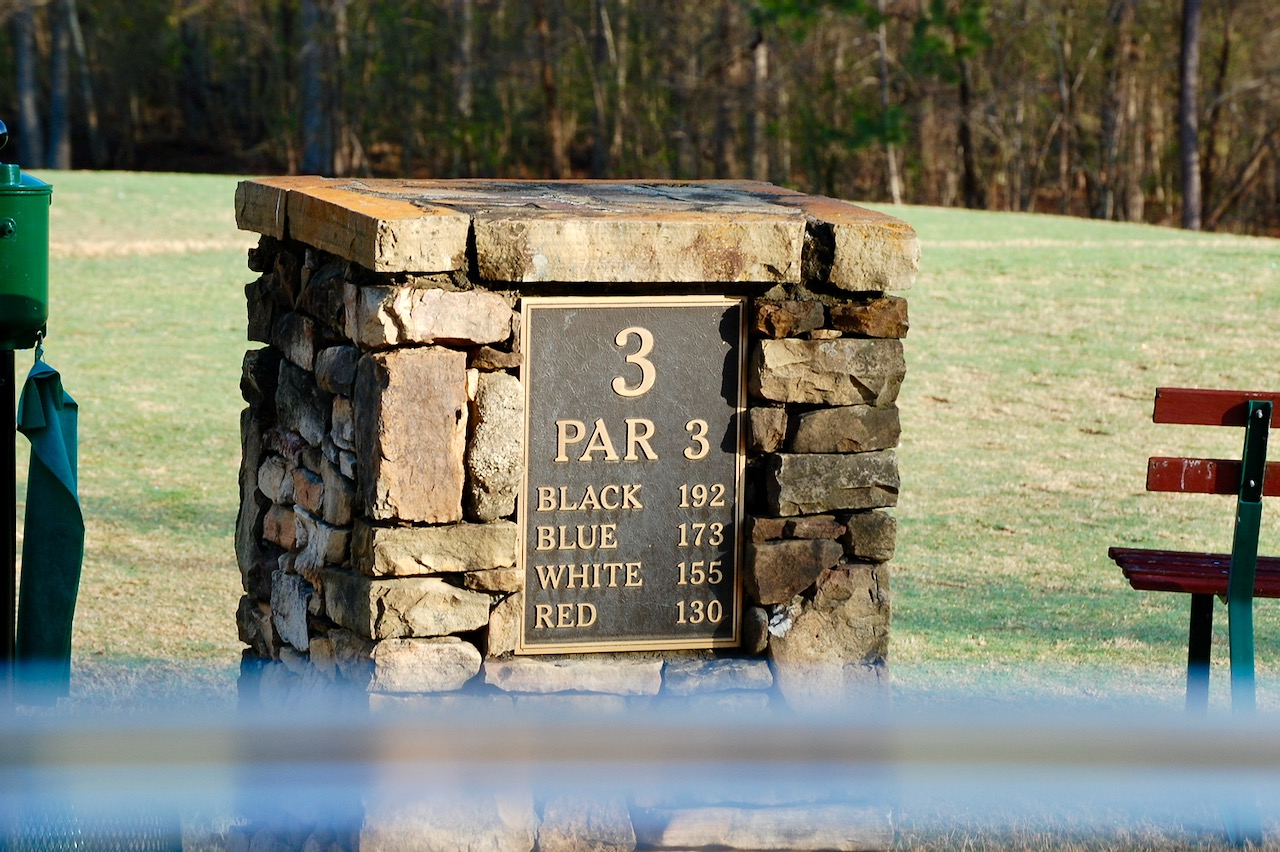 A golf course you play for the first time that features blind tee shots is rarely fun.  Mountain courses especially – I am thinking about you, Mount Snow in Vermont – will do some crazy things with your golf ball once it flies over a hill and out of sight.

When I was looking for a golf course to play on my way home to Connecticut from South Carolina about a decade ago, I found that the Neuse Golf Club in Clayton, NC, was not far off my route.  I checked out the Neuse web site which, at the time, described its layout as a “roller coaster ride.”  That almost always means blind shots, and I was a bit put off – until I noticed that John LaFoy had designed the course.  I knew his work from the private community of Glenmore in Keswick, VA, near Charlottesville.  It was one of the first courses I played after I started my business at Home On The Course (GolfCommunityReviews.com) 15 years ago, and I admired its intelligent design.  There was nothing quirky about that layout and knowing LaFoy was responsible for The Neuse sealed the deal for me.

I was not disappointed.  The Neuse is indeed something of a roller coaster ride, which helped pump a little extra adrenaline into my 60-something game, but it is also fair, and a first timer who picks the obvious aiming direction and then delivers a shot pretty much on line could be surprised with a low score.  On the other hand, gamblers might find themselves going broke after going for broke.  A little local knowledge will go a long way on the course, but a conservative approach the first time around will yield significant satisfaction.  Those who know simple geometry and hit their tee shots in the direction the tee boxes are pointed will enjoy themselves.

Indeed, the only time I felt even slightly confused was on the par 4 13th hole which, from the tee box, provided a peek at a bit of a stream at the lower left edge of the fairway, about 230 yards out.  Who knew that the rest of the water was tucked below the downward sloping fairway on the right, and that a driver was more club than appropriate from the middle tees?

I played the course late in mid-Spring and the contrast of the deep green over-seeded fairways with the brown rough made aiming the ball a lot easier.  The greens were medium fast and smooth.  LaFoy and his earth movers did a splendid job of exposing and maneuvering the layout around some seriously impressive rock outcroppings. They provided some beautiful framing on some holes, except at the signature par 3 14th hole, where they provided something else (the devil’s handiwork, perhaps).  The only place to bail out on the 192-yard hole is the green, protected by a boulder-studded hill on the left and a steep falloff in front and on the right.  I recall hitting my tee shot left of the green, and it must have hit something hard there because my ball wound up bounding across the green and into the bunker below and to the right of the green.  Okay, I got up and down, demonstrating that the layout at The Neuse giveth and taketh away.

The club is managed by ClubCorp.