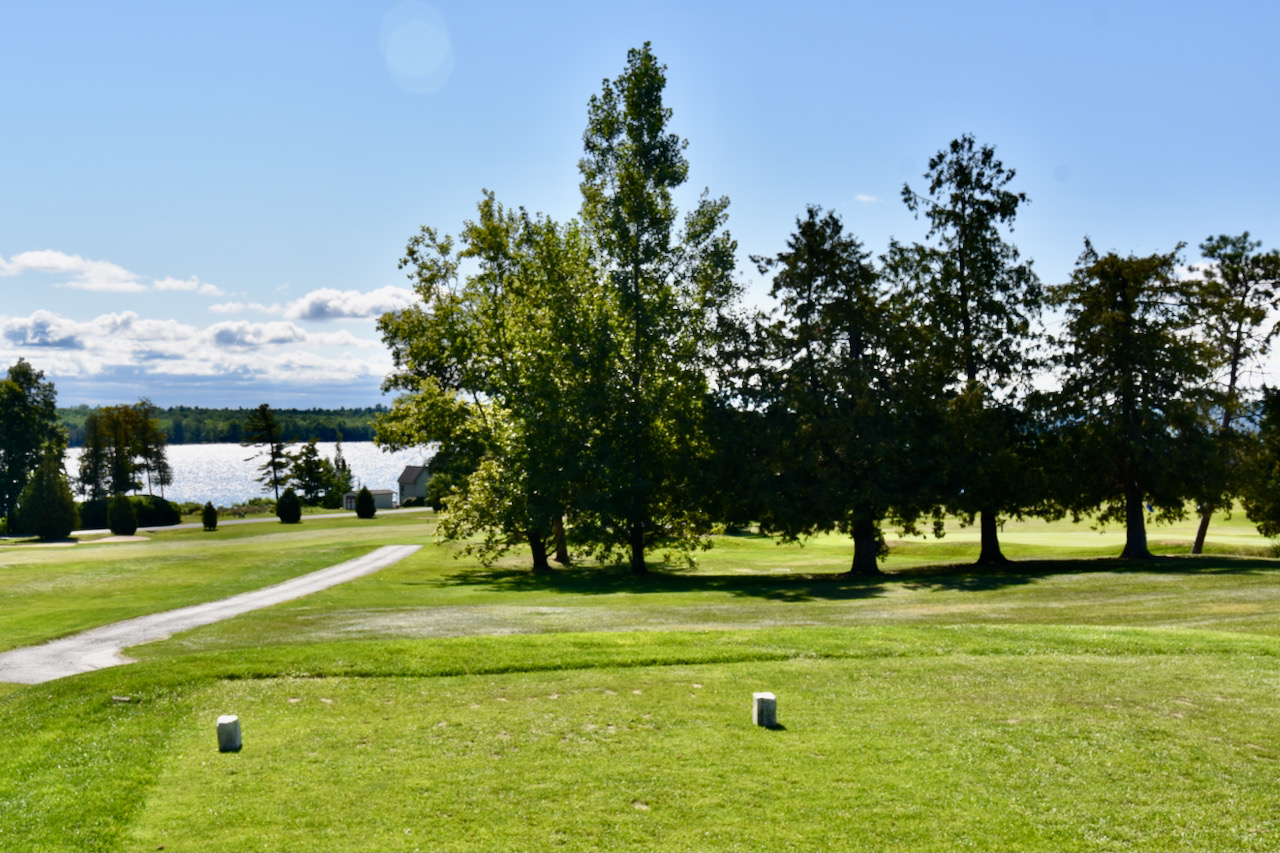 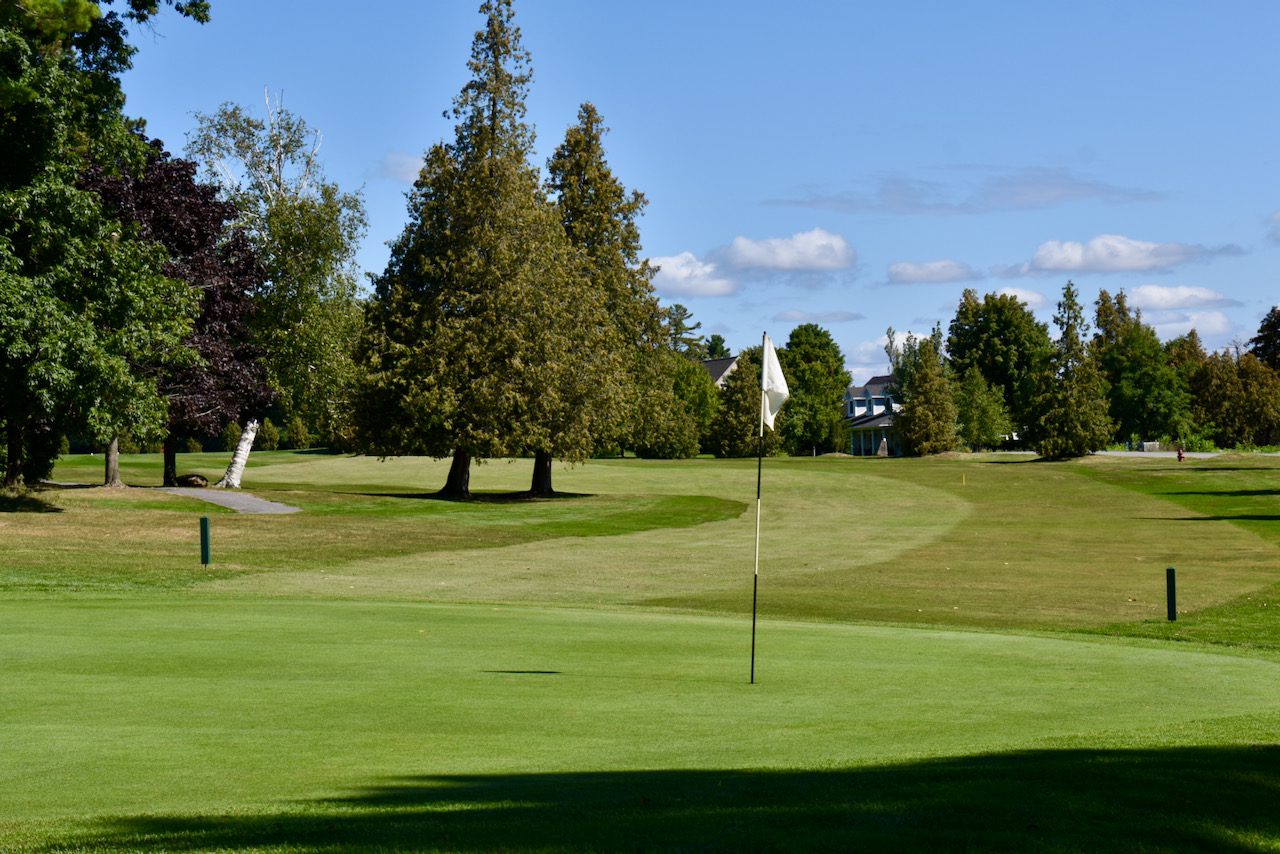 Hole #2 from behind green 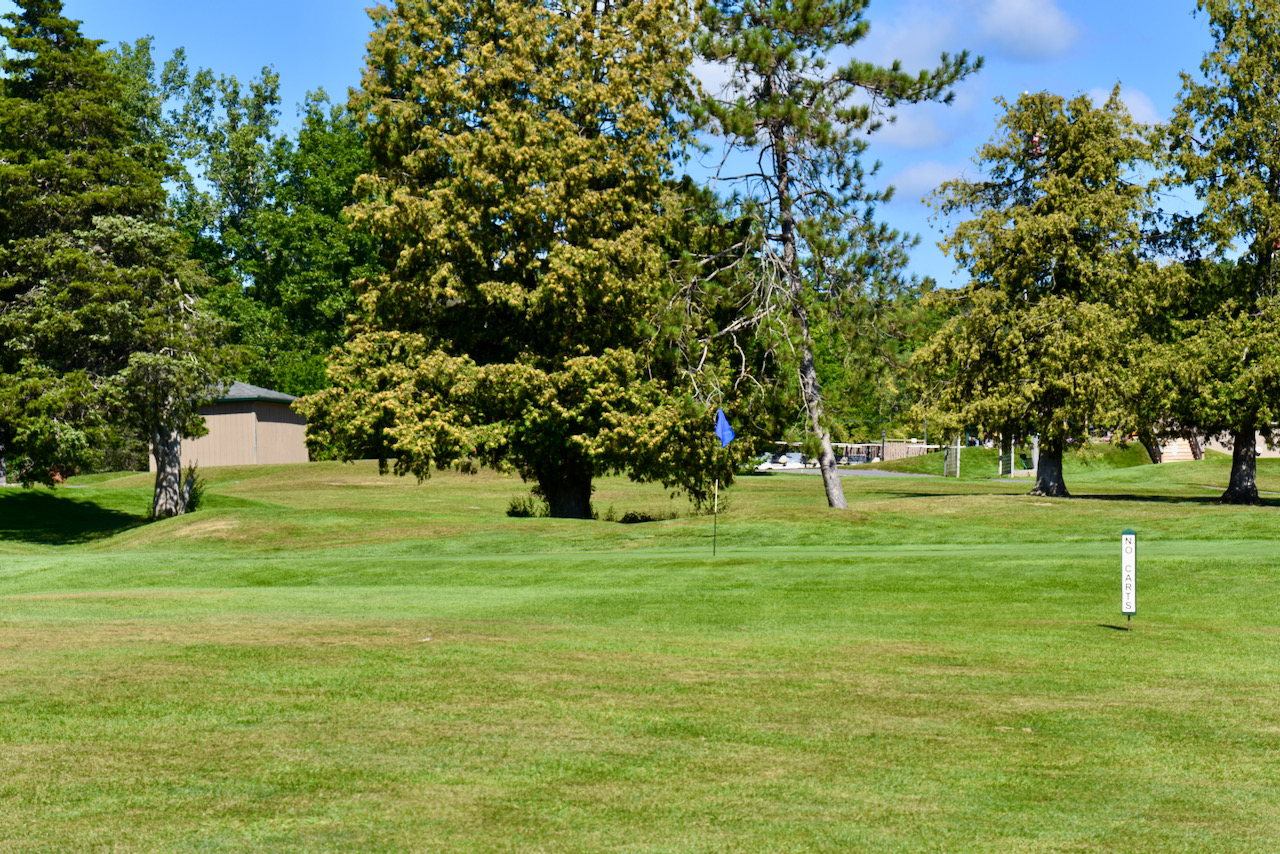 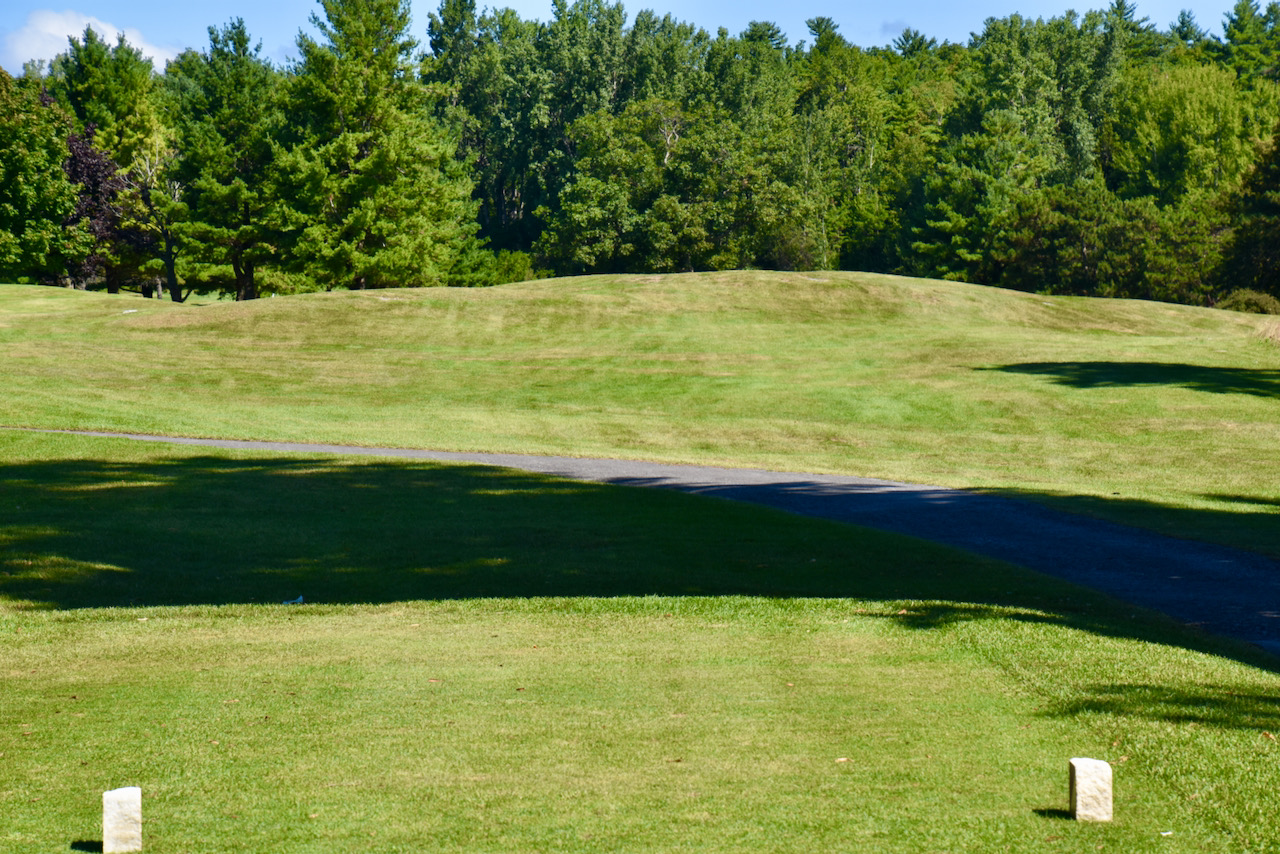 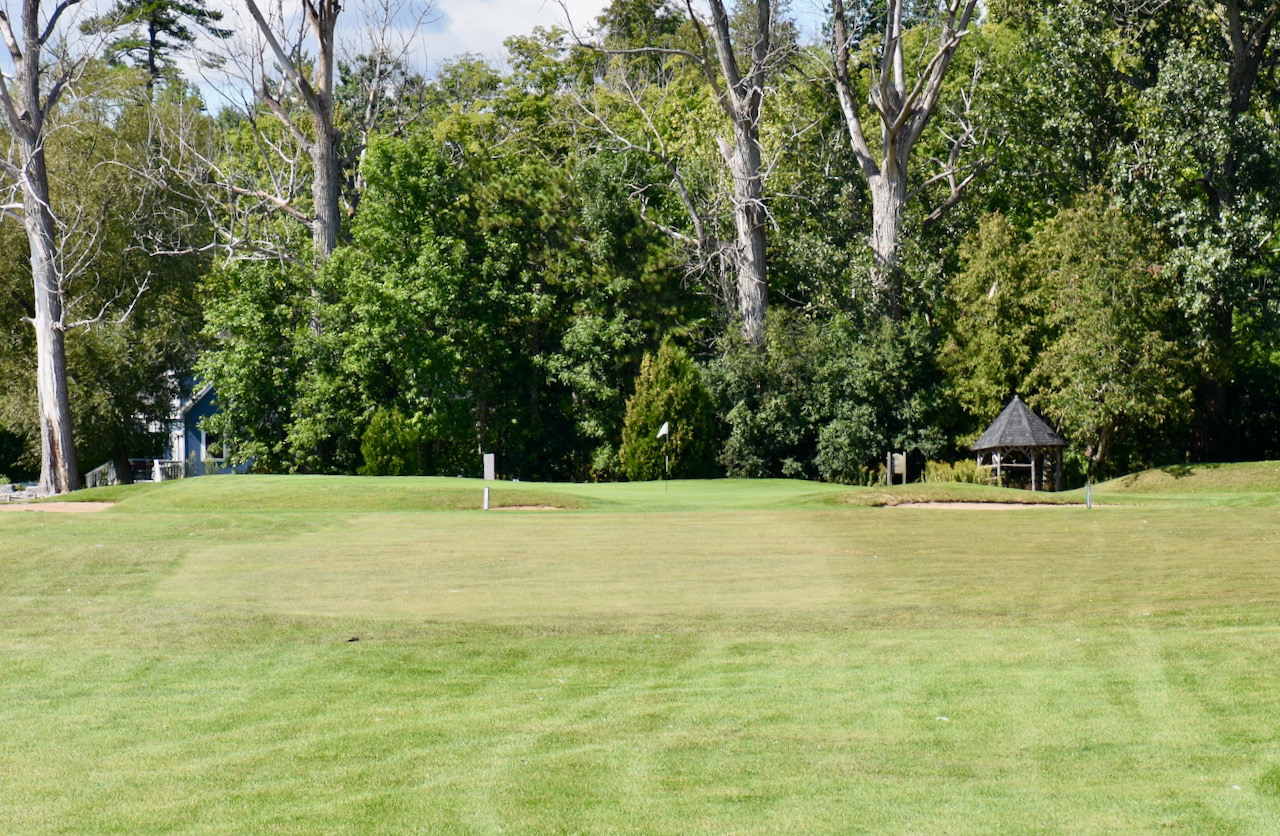 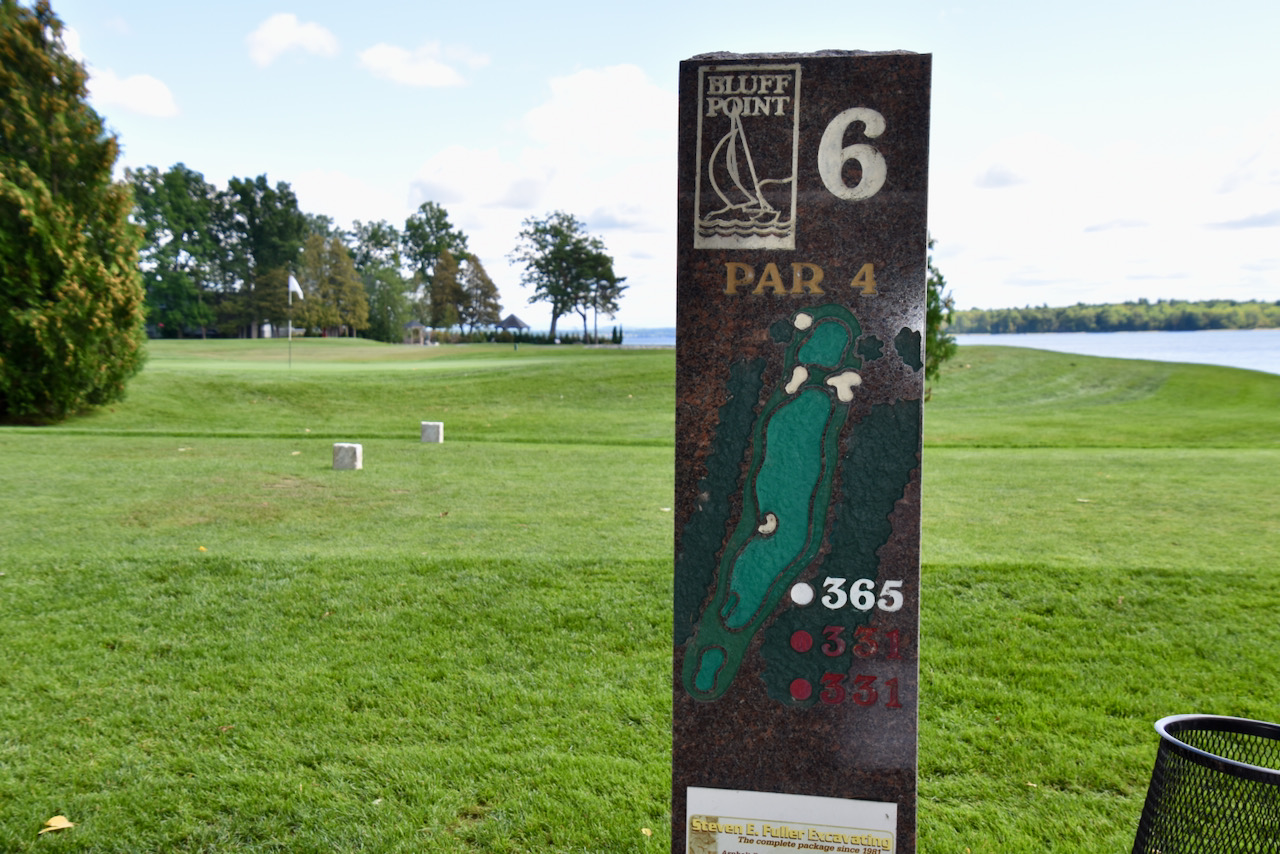 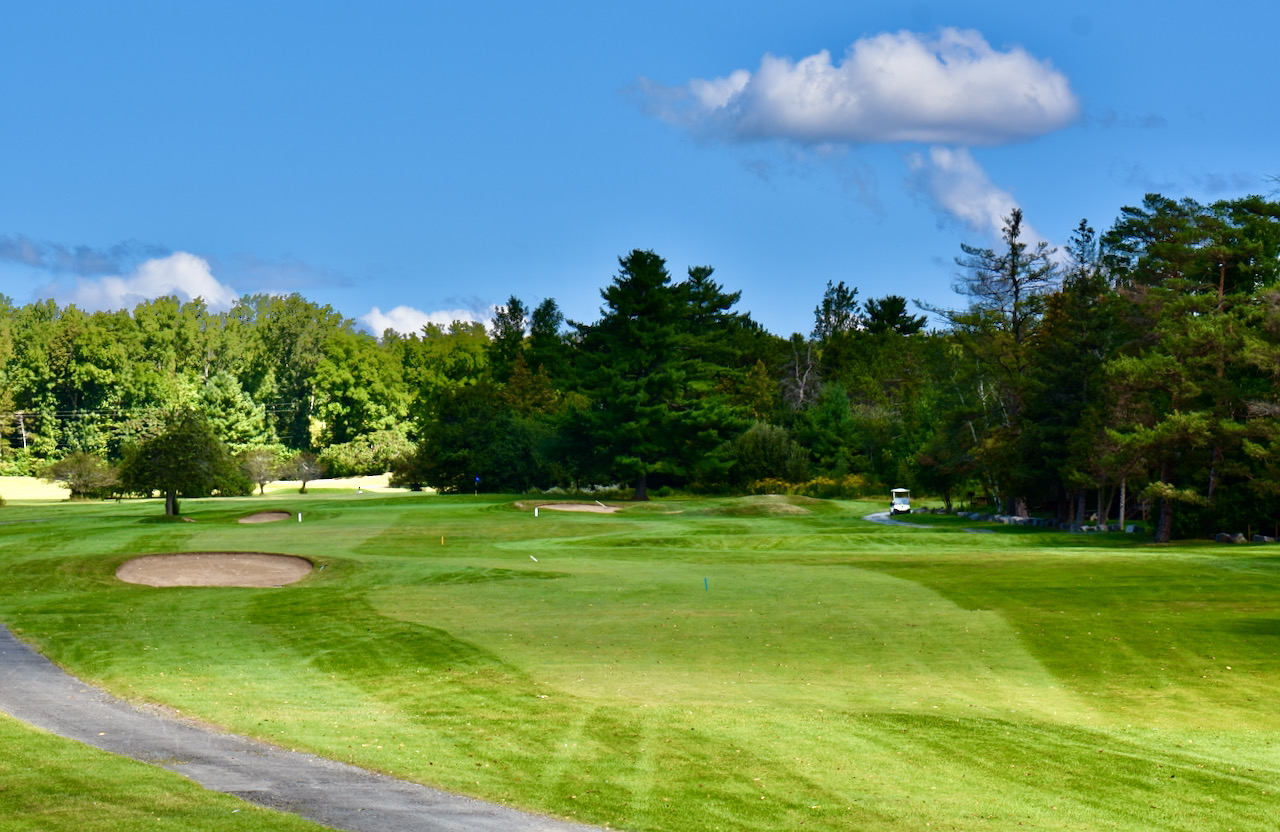 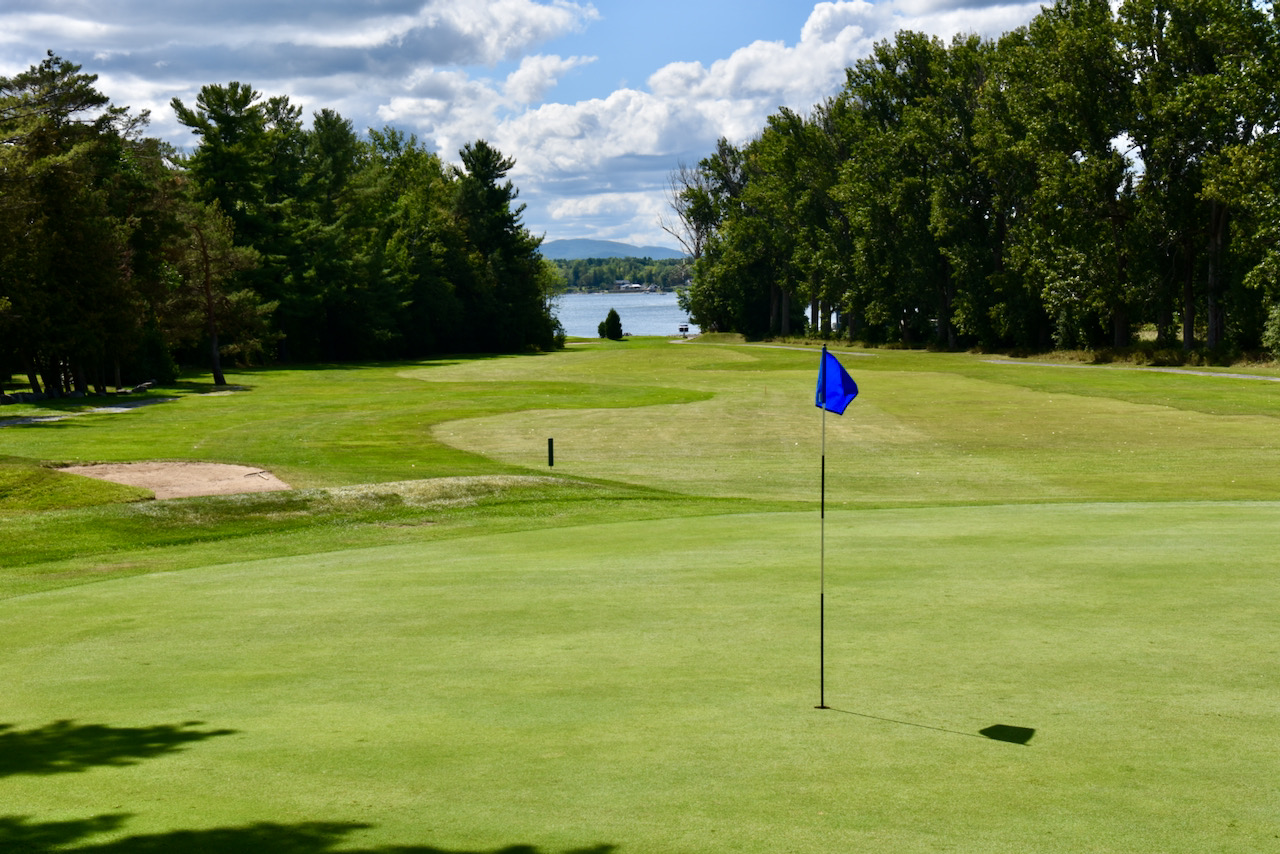 Hole #6 from behind green 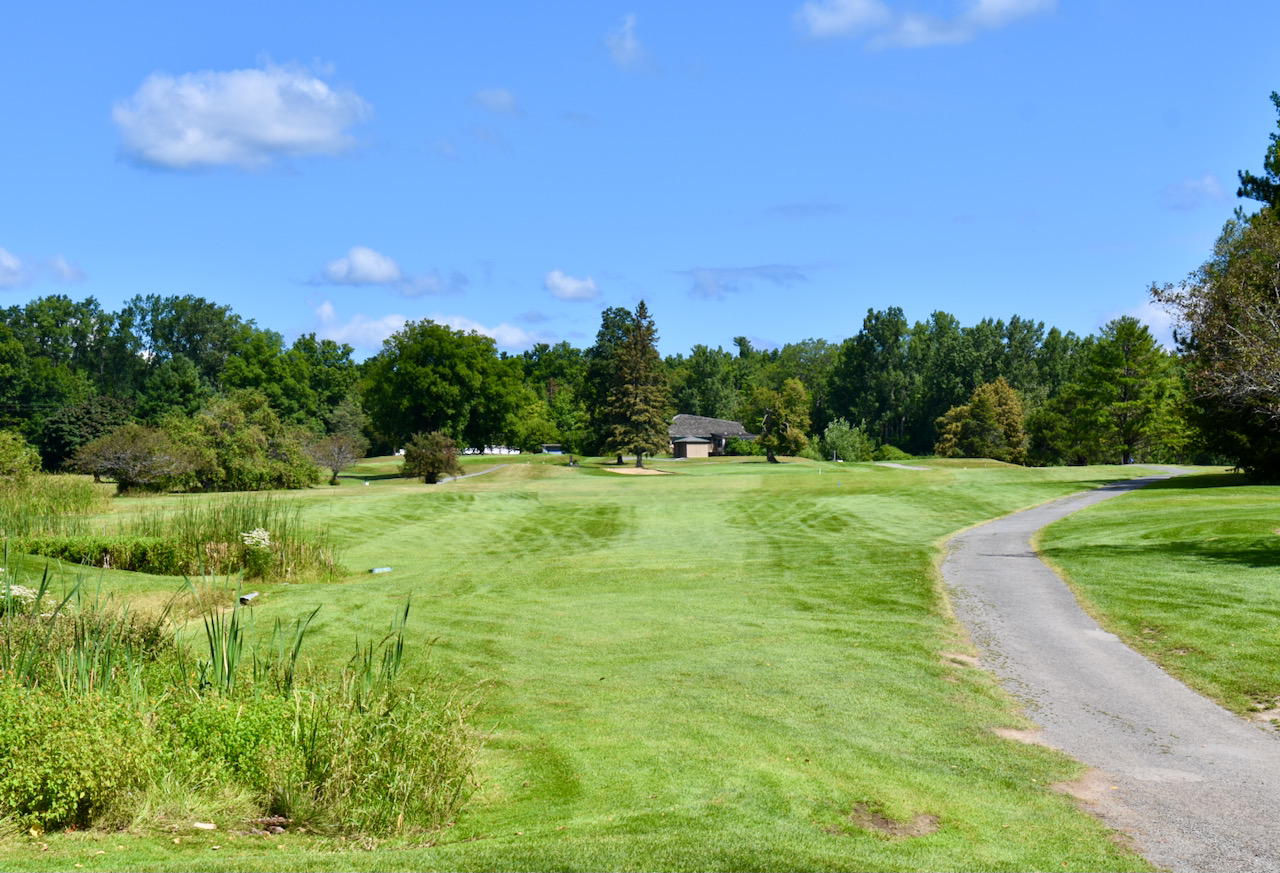 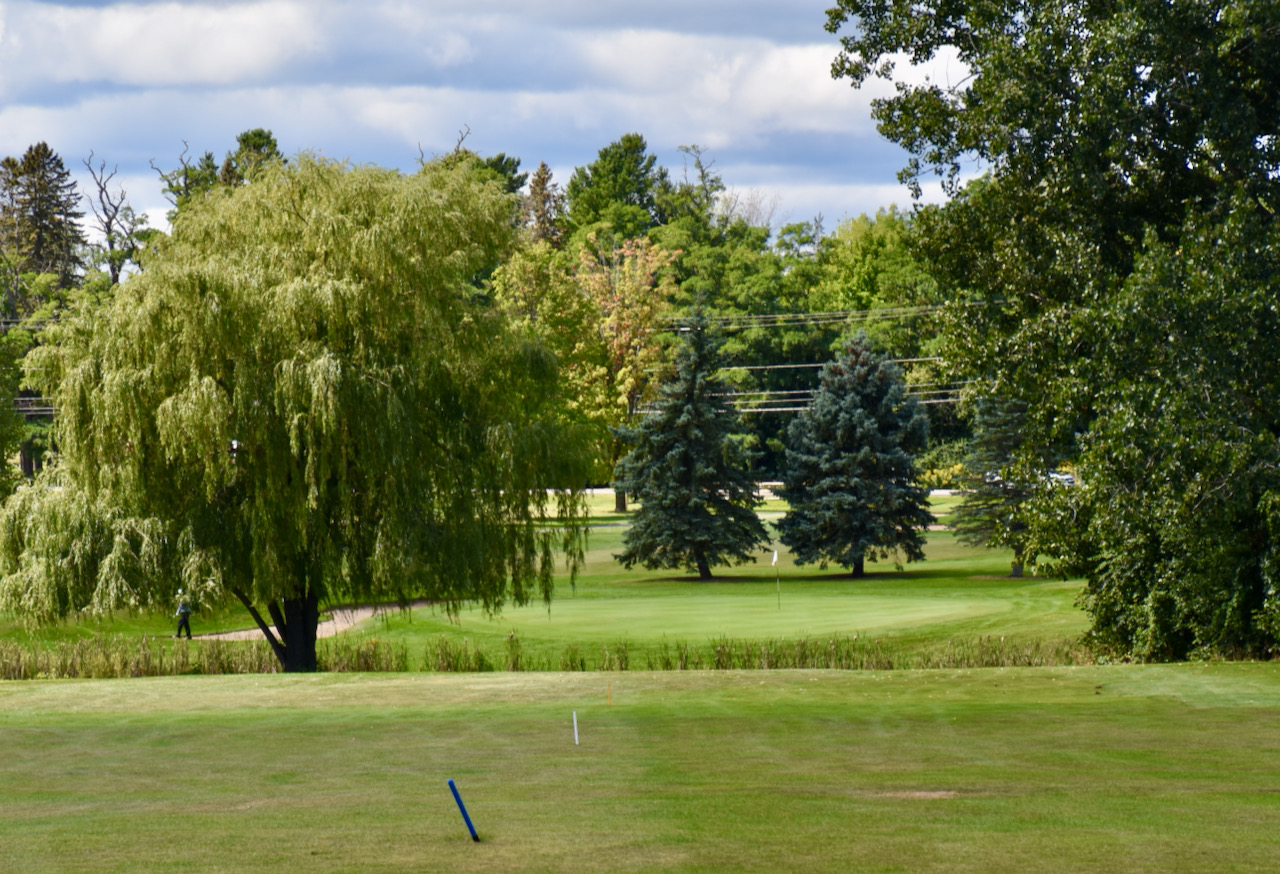 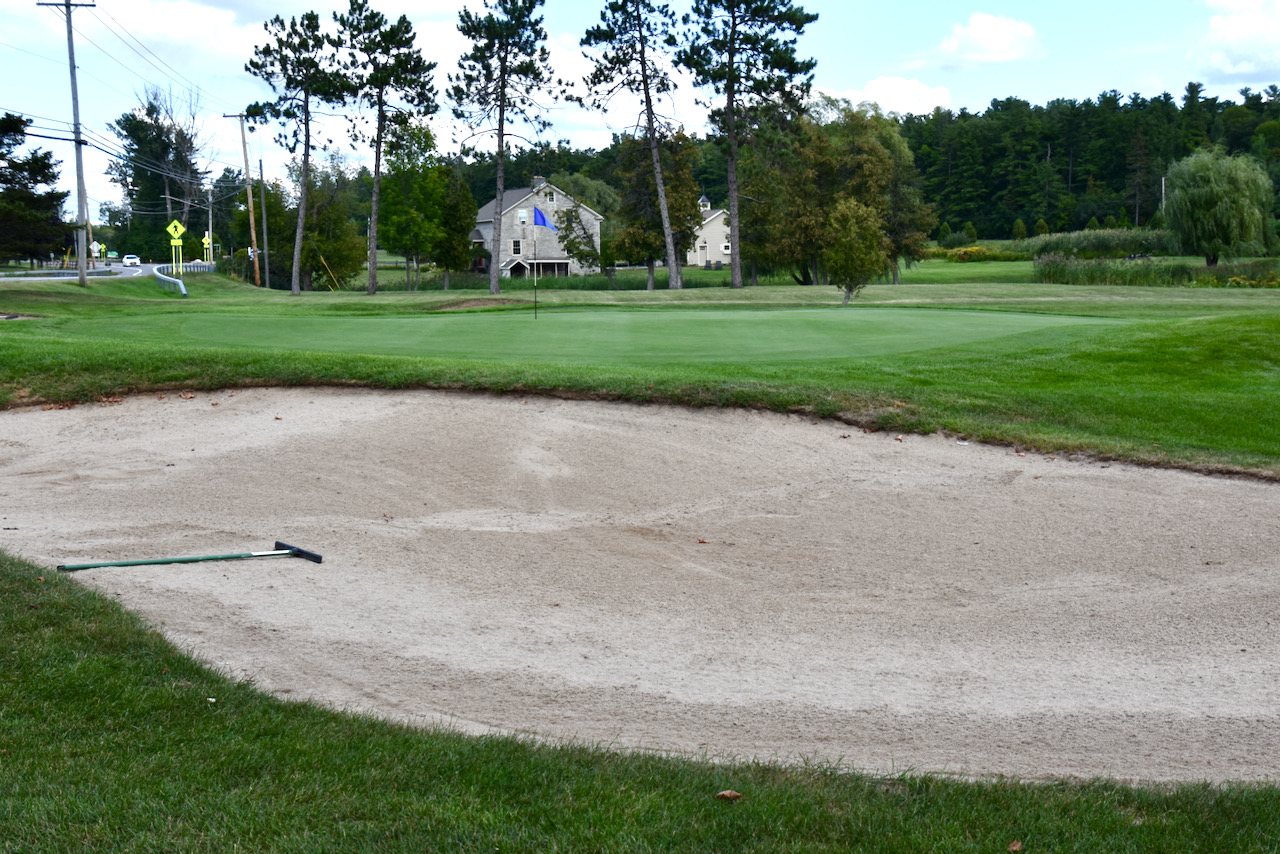 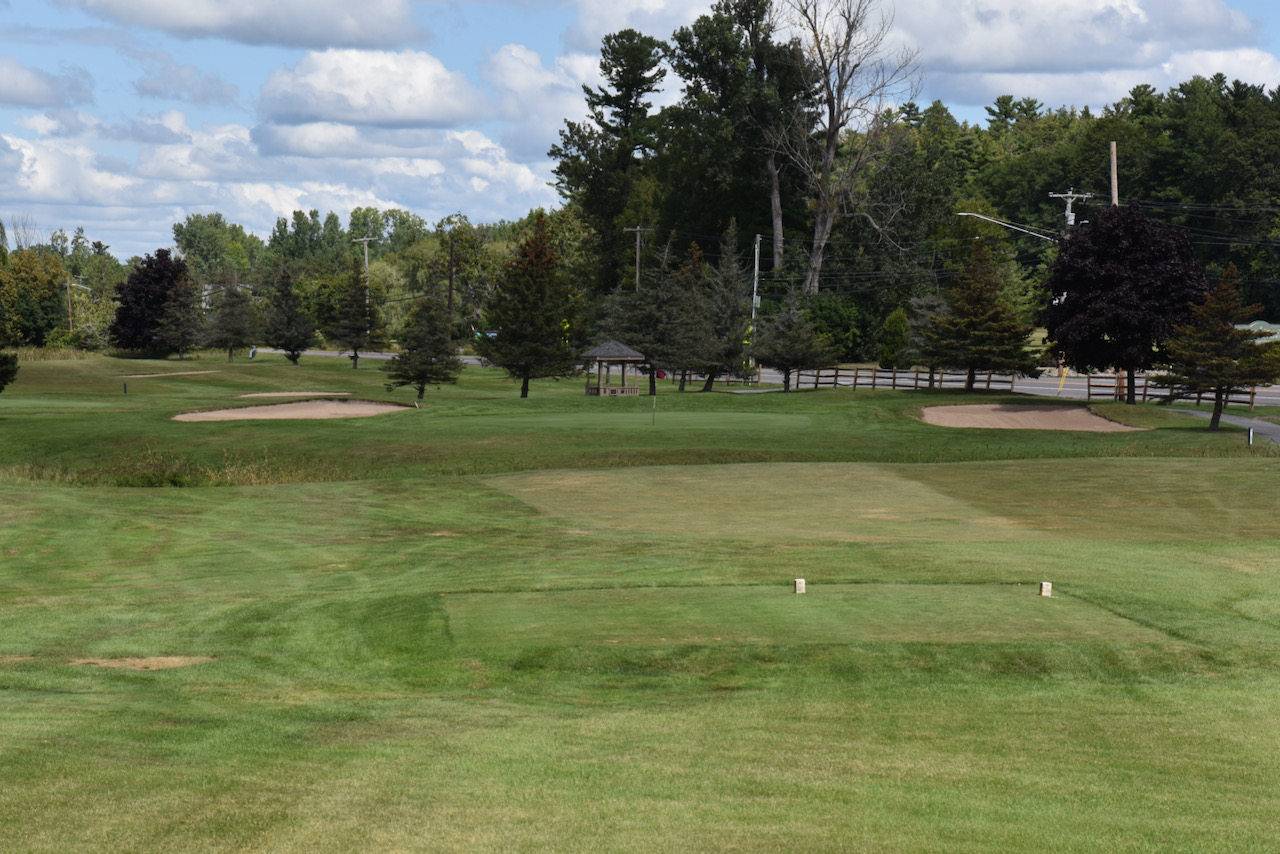 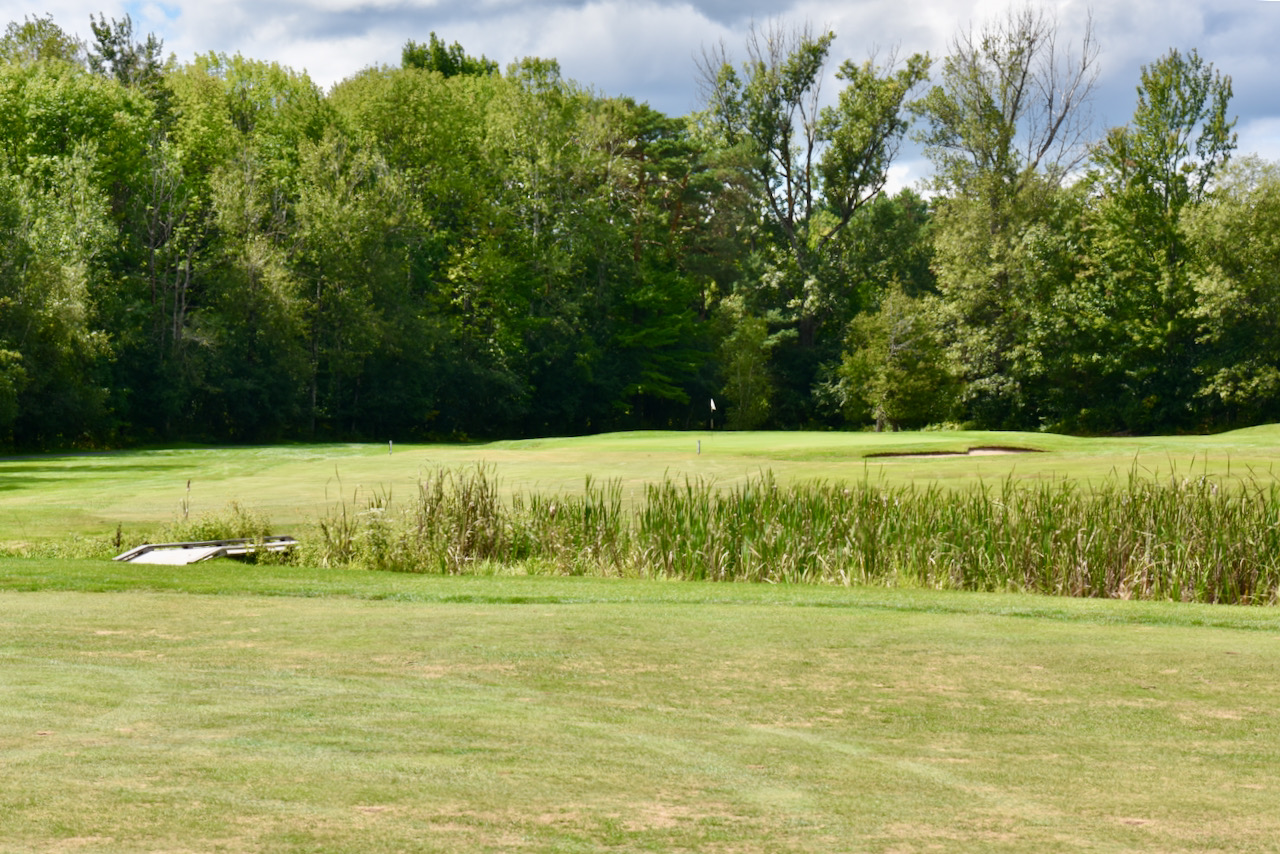 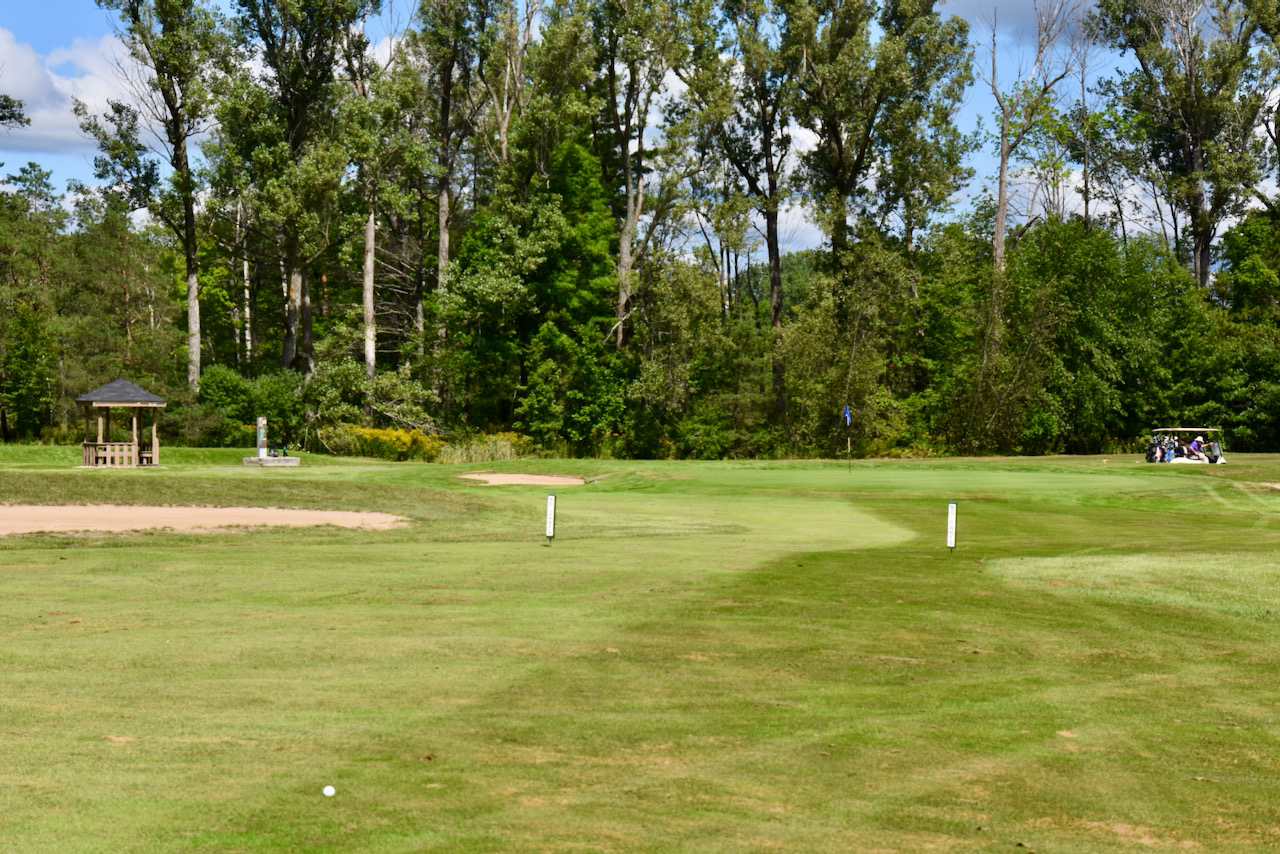 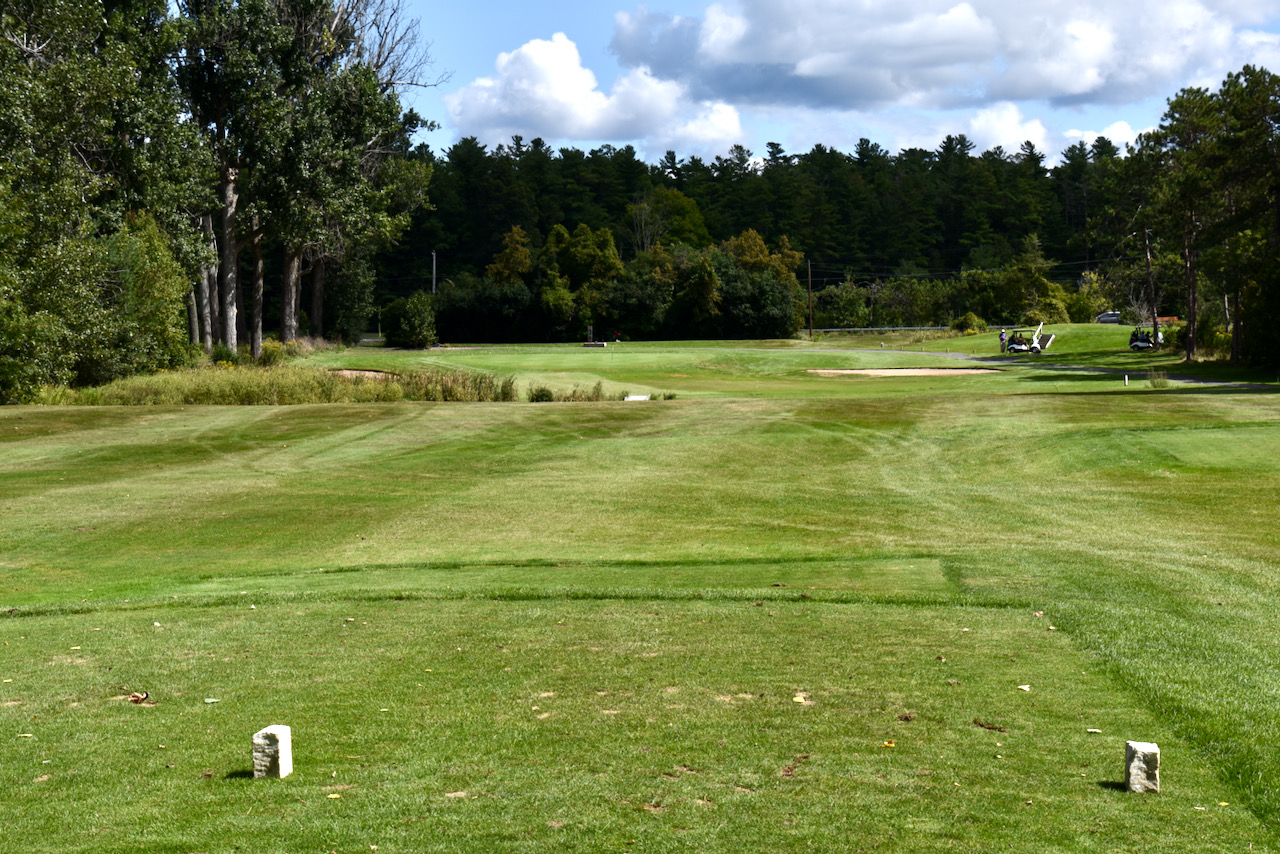 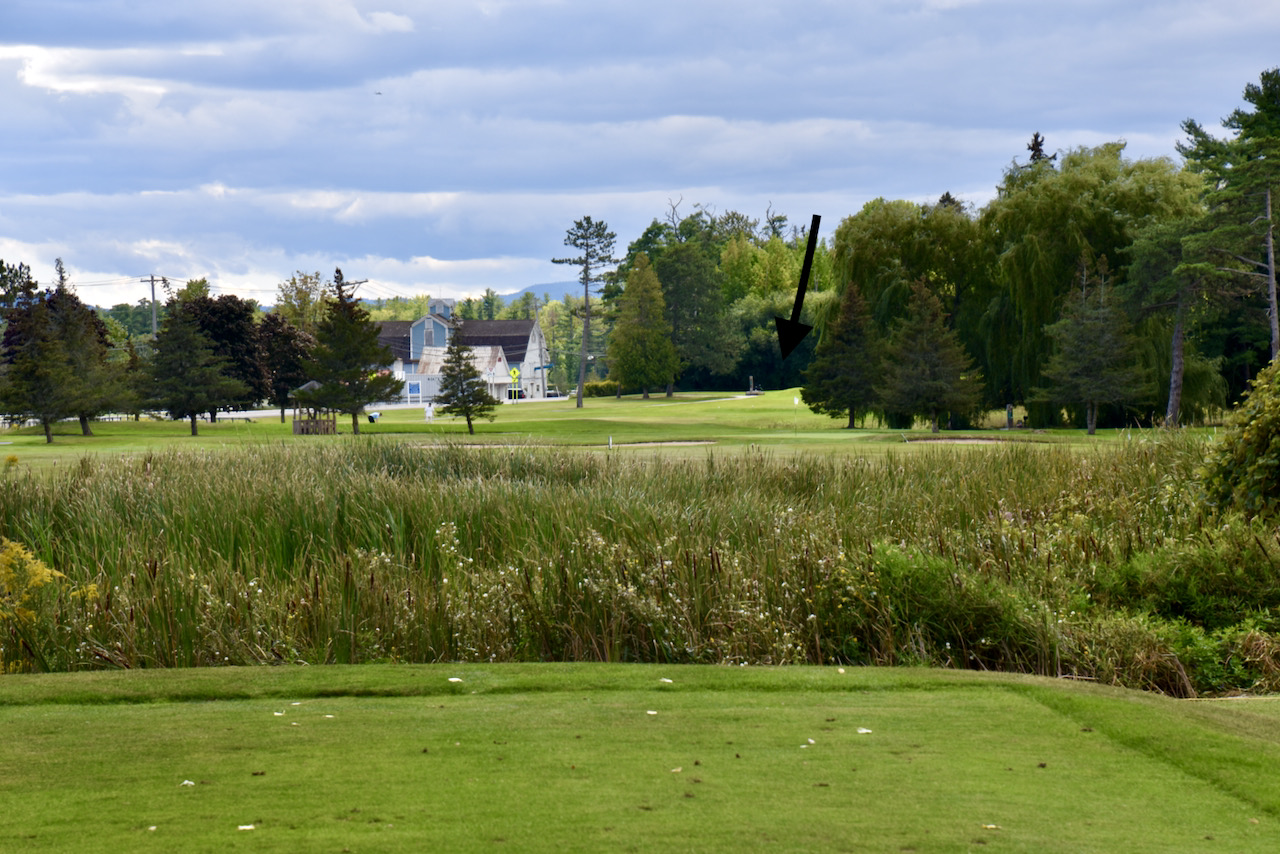 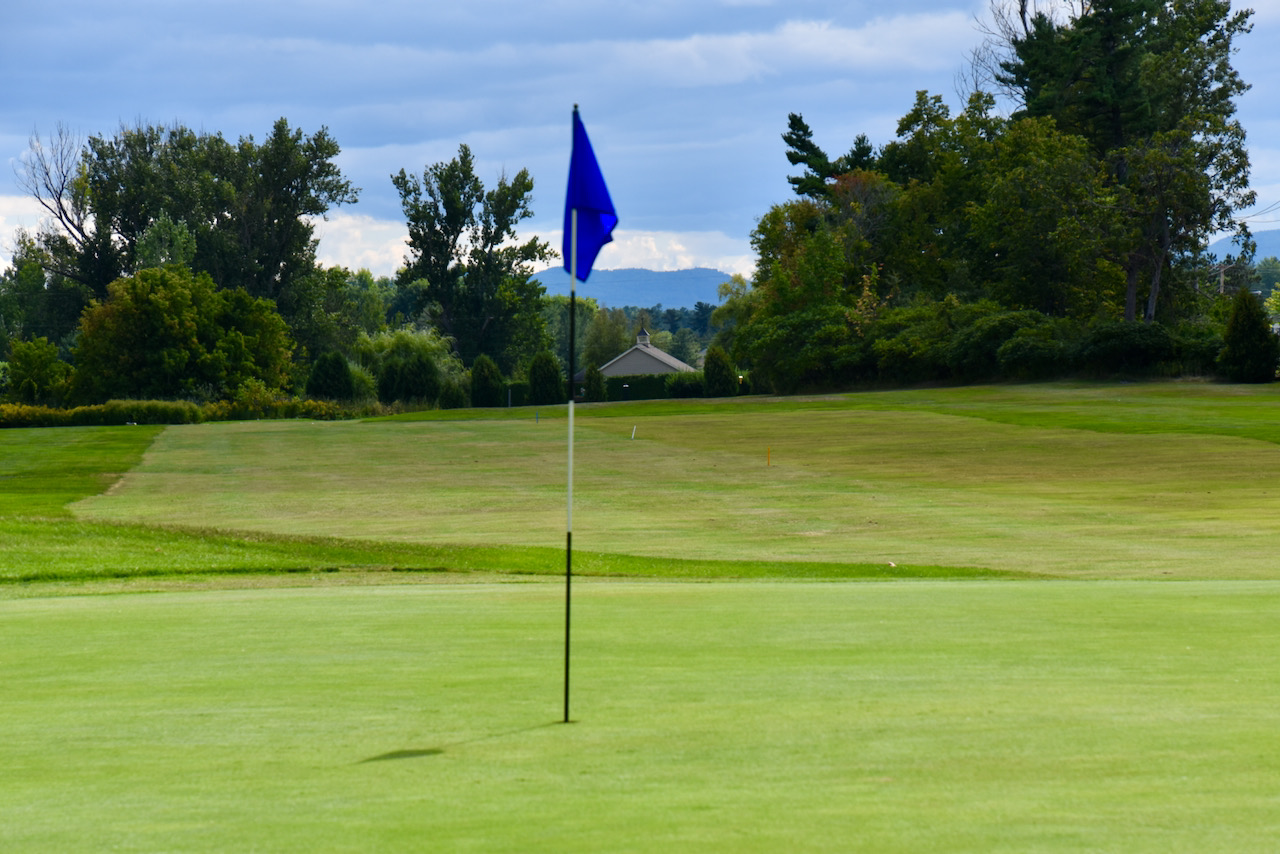 Hole #15 from behind green 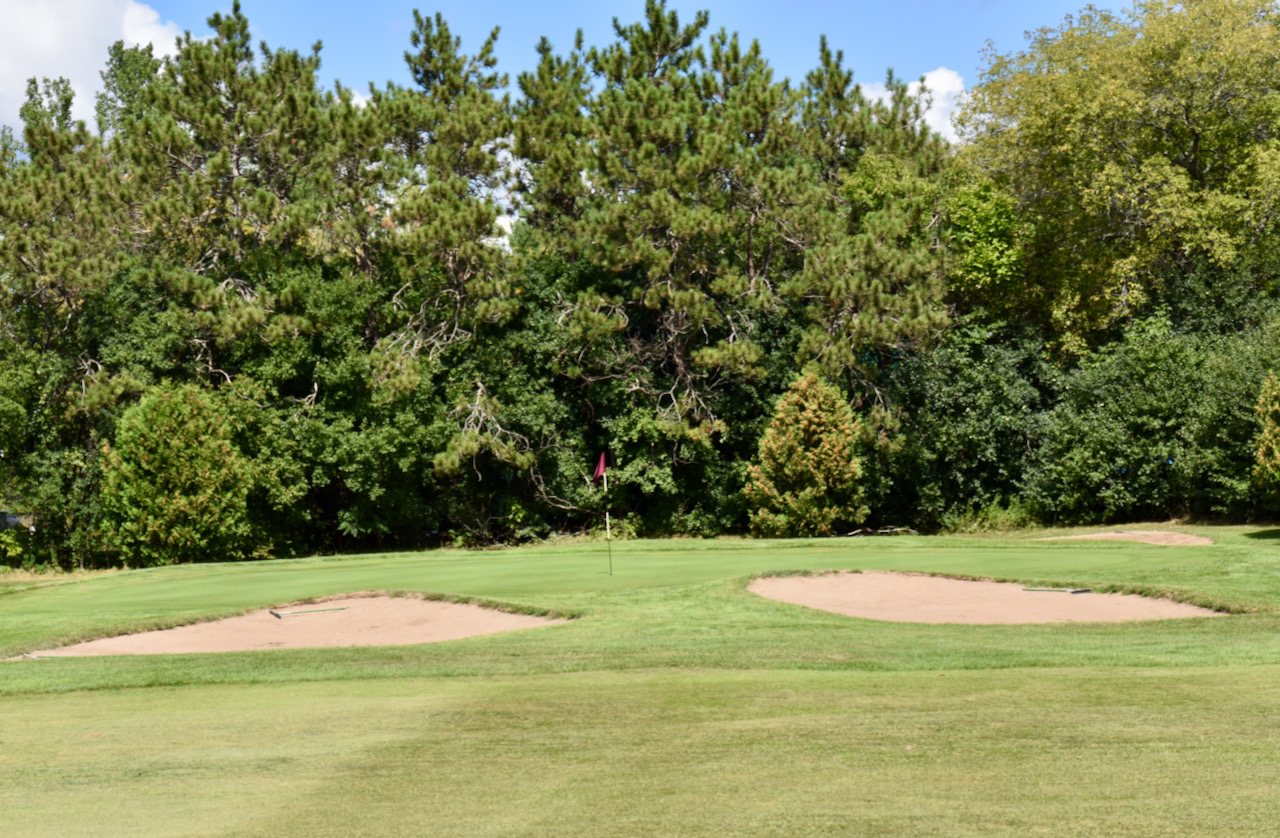 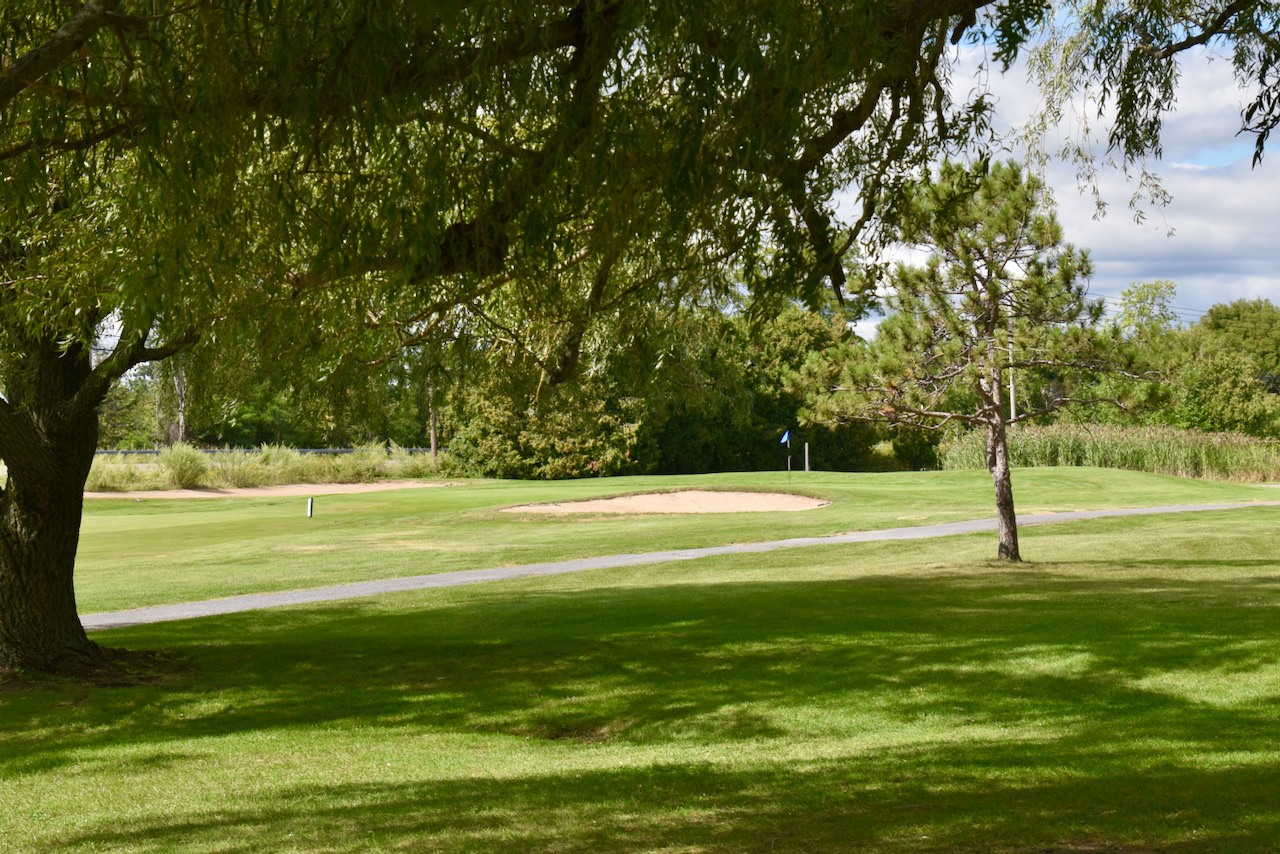 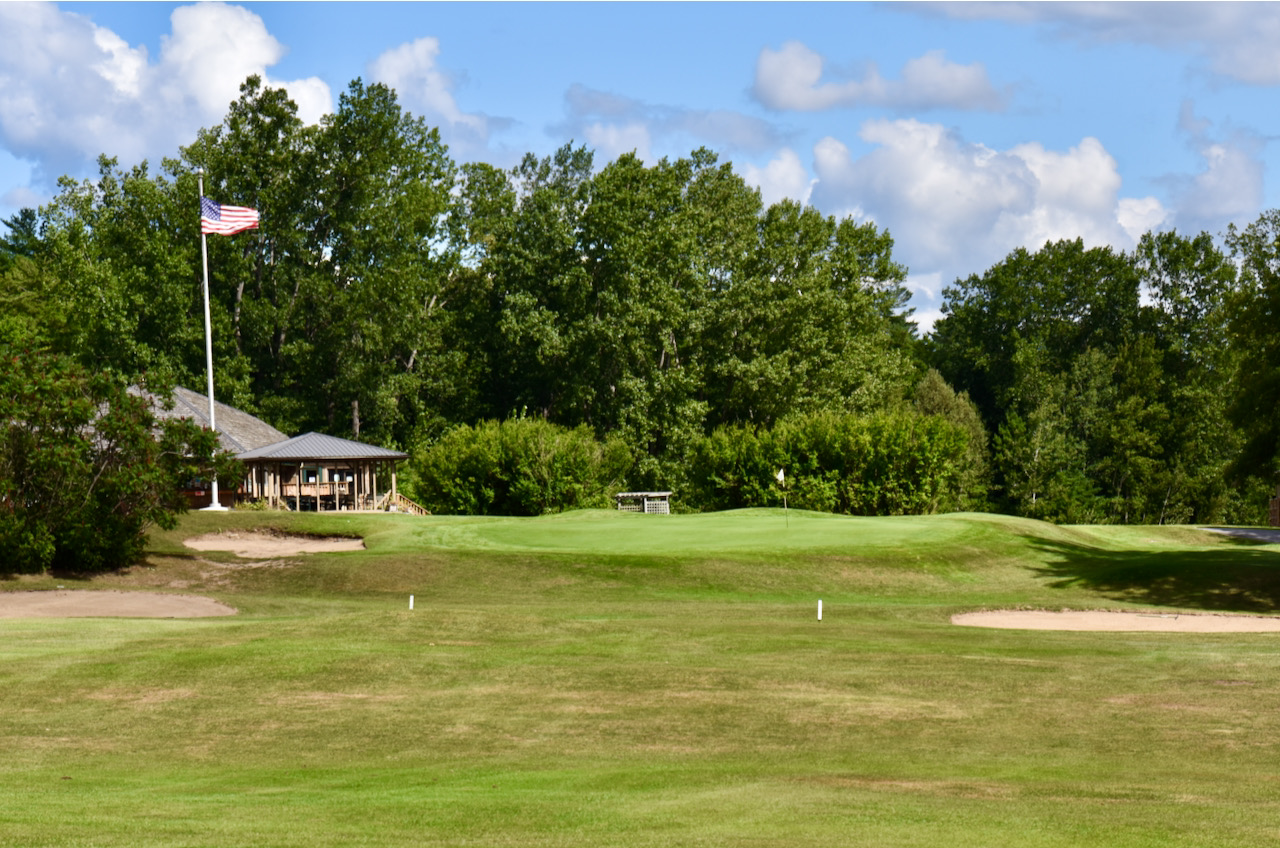 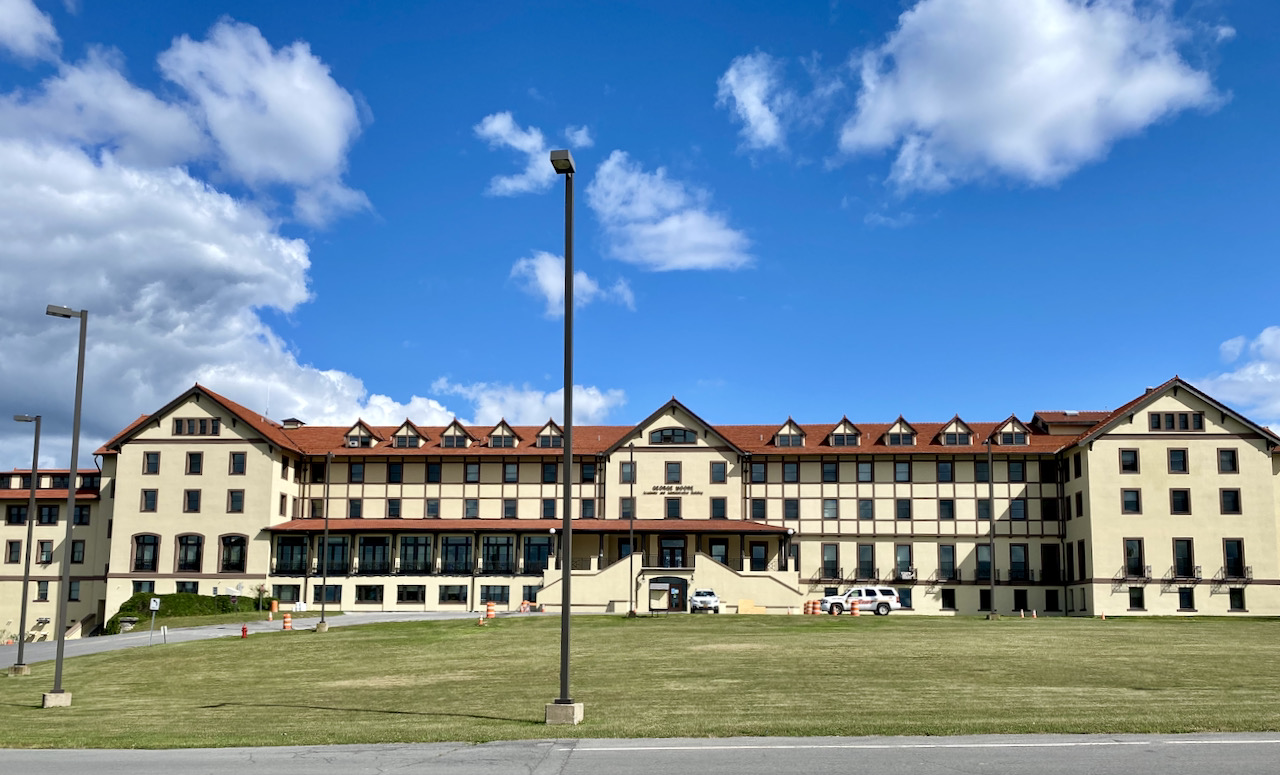 Bluff Point is an anomaly among publicly accessible golf courses. First, it is one of the oldest courses in America, the fourth oldest if you count its opening year (1890) and ignore its original number of holes, just three. (Three nine-hole courses preceded Bluff Point by a few years.) Bluff Point did not offer a full 18 holes until 1899.

Typically, ultra-private courses like Augusta National serve as hosts to U.S. Presidents, but publicly accessible Bluff Point can count three of them – McKinley, Taft and Teddy Roosevelt – among those who whacked “gutties” down the layout’s fairways. (A second famous Roosevelt played there during his pre-Presidential years). President McKinley used the resort as his summer White House for two years.

And as Bluff Point likes to point out in its advertising, the most famous baseball player of them all, Babe Ruth, turned in a card of 70 in 1936 during a practice round prior to the Hotel Champlain Invitational. The hotel, built in 1890, was the original reason for the golf course, to give guests an extra amenity beyond the beautiful views of Lake Champlain. The original hotel burned to the ground in 1910 and was rebuilt a few years later.

In 1916, the resort hired the famed golf architect A. W. Tillinghast, whose portfolio of legendary courses includes Winged Foot and Bethpage Black (Ryder Cup site in 2025), to redesign the golf course. No one has substantially renovated the course since, although some “damage” has been done to Tillinghast’s work. The first two holes were replaced partially by a parking lot and pro shop. The result is a bizarre first hole, a hard dogleg right; pop up a 5- or 7-wood over the row of trees that run down the right side of the fairway and you have less than 75 yards left to the hole. It is a generous, if wimpy, start to the round.

Most of my experience with Tillinghast’s work was from a series of rounds I played during the 1980s and 90s at the Ridgewood Country Club in northern New Jersey, courtesy of a colleague who was a member. When I learned that Bluff Point was a Tillinghast design and that I would be staying for a month across Lake Champlain from the course, I couldn’t wait to make the 1 ½ hour drive around the lake to play it.

My round was a crushing disappointment because the layout only barely echoed the work of the great architect. Yes, a few of the greens bore his penchant for undulations, and a couple were even “crowned” like those of some of his contemporaries, like Donald Ross. And I also saw some hints of how wonderfully shaped his dogleg holes can be as I remembered them from Ridgewood. But the bunkers were rather flat, none of the steep slopes I recall, not one built into a hill as they were at Ridgewood. And, worst of all, the greenside bunkers which define the challenge of Tillinghast’s green complexes had, over time, pulled well away from the greens at Bluff Point, leaving wide ribbons of rough and fringe between them and the putting surfaces. If you are going to tout that your course is a Tillinghast, you should try harder to keep it so.

I understand that public and resort golf courses need to keep golfers moving through rounds of 4 ½ hours or less. Problematical bunkers with substantial slopes do not promote fast play or favorable comments from most golfers. I get that. But golf course operators who think they are doing golfers a favor by providing space between bunkers and greens are doing no such thing. They are punishing the higher handicapper and advantaging the better player. The better player is more apt to just miss a well-bunkered green and land in a bunker nestled up against the putting surface. The higher handicapper who skulls an approach shot or hits a dying quail that might land short of a traditional Tillinghast bunker now has a better chance of landing in the bunker that is short of the green. That, inevitably, will result in slower play.

The shrunken greens and pulled-away bunkers were not just occasional at Bluff Point; wherever there were “greenside” bunkers there was often as much as five yards of grass between them and the green. That condition has been 100 years in the making.

All that said, if I hadn’t read about the provenance of the resort and its golf course or known Tillinghast had reworked it, I would have given the layout a modest thumbs up. Although the fairways, like many in New England during a dry summer, were baked out, I was happy to accept the extra 20 yards (or more on downhill shots). I rolled my ball over in the fairway a few times because my lies were on thin grass or, in a few cases, on bare ground. Unlike the thin links fairways of Scotland which are of uniform quality, the turf on the Bluff Point fairways was uneven. I didn’t see evidence of sprinkler heads so I assume irrigation is not of the modern type. Most of my shots were played short of the greens because they, while excellent, were not all that receptive to shots.

The green surfaces had been cut conservatively, leaving them at a speed I would characterize as just short of medium; in other words, slightly slow. But typical of Tillinghast greens, putts broke on virtually every shot I had. I wouldn’t call the greens wildly undulating, although two or three were tilted one side to the other (#2 especially) and others tiered, including the 18th where I slightly overcooked a chip shot from just off the back right of the green to a middle pin and saw it roll down the slope to the front of the green. But all in all, the general layouts of the holes at Bluff Point and their greens were the high point of the round.

Don’t go to Bluff Point expecting a meal after your round. When I putted out at the 18th I was hungry and asked at the pro shop desk if there was a restaurant on site or somewhere else on the “resort” grounds.
“We don’t have a restaurant,” the young man at the desk told me, “but we have some prepared ham and cheese sandwiches.” That just added to my disappointment.

In truth, Bluff Point is not a resort, at least not anymore. There are cottages lining the third fairway, and the course offers some incredibly attractive “buddy golf” packages for lodging and golf, but its resort days are long gone. The Hotel Champlain, once the playground of Presidents, and other famous people from the Astors and Vanderbilts to Babe Ruth, is now the centerpiece of the campus of Clinton Community College. As large as it is, I could not see the top of the hotel from the adjacent golf course. Students, though, have a wonderful view of the beautiful lake.

Original unknown; redone by A. W. Tillinghast in 1916

No Food Here
Distance from course:
I was offered a prepared ham sandwich when I asked where the restaurant and bar were. Seriously.