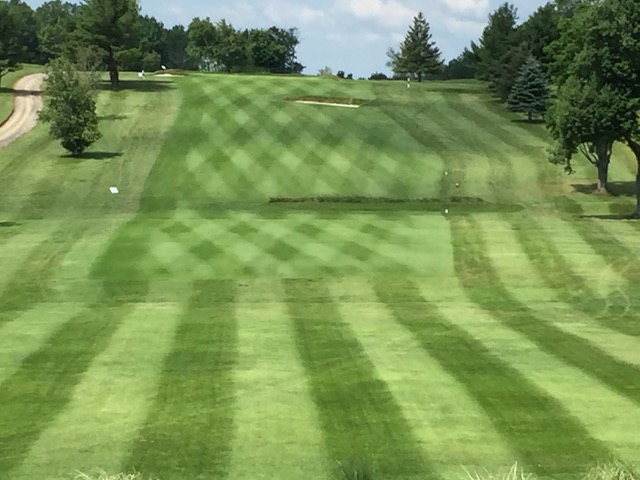 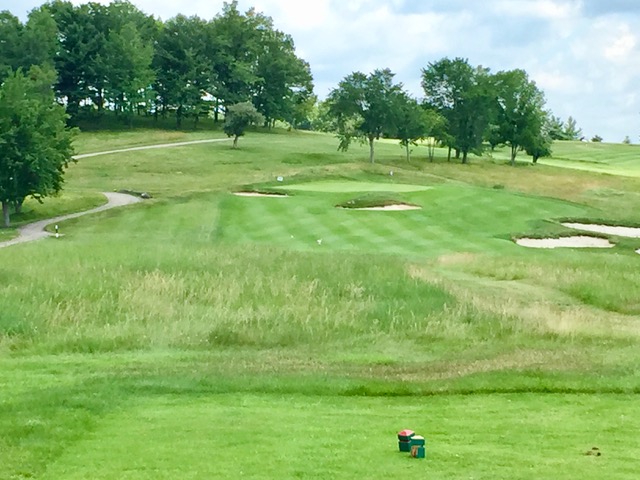 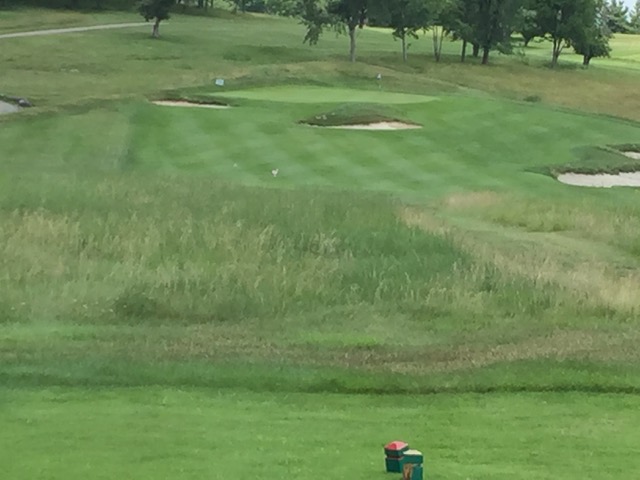 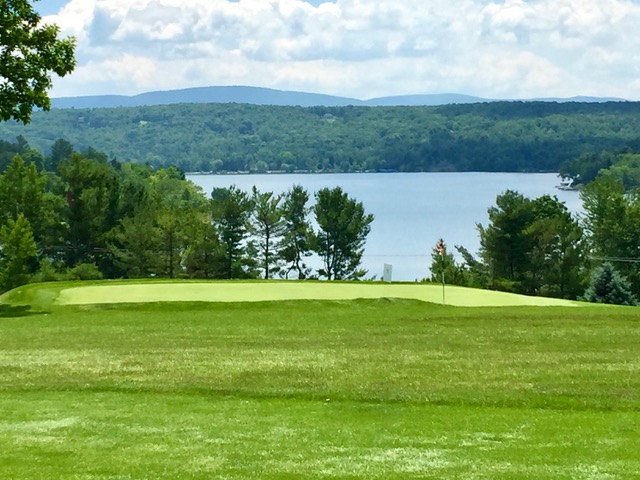 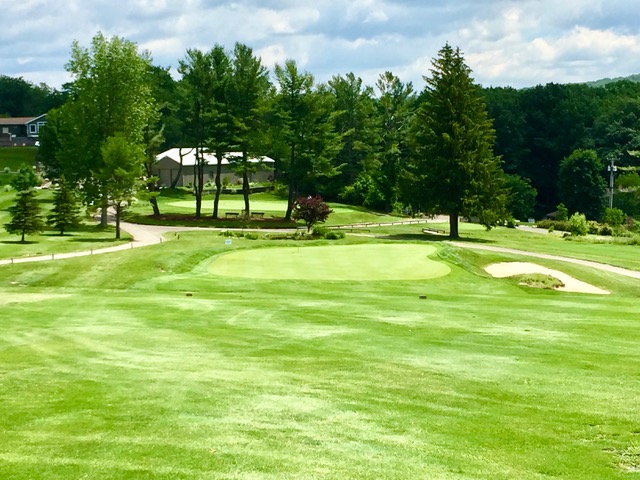 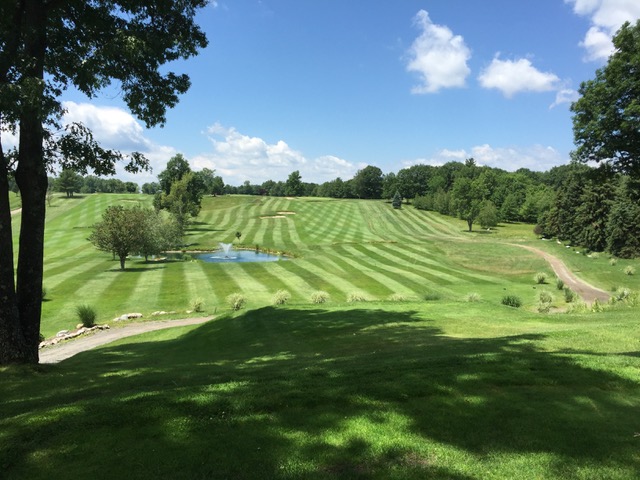 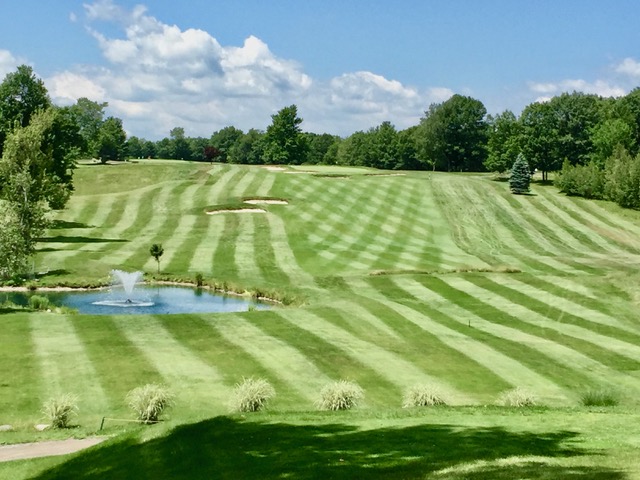 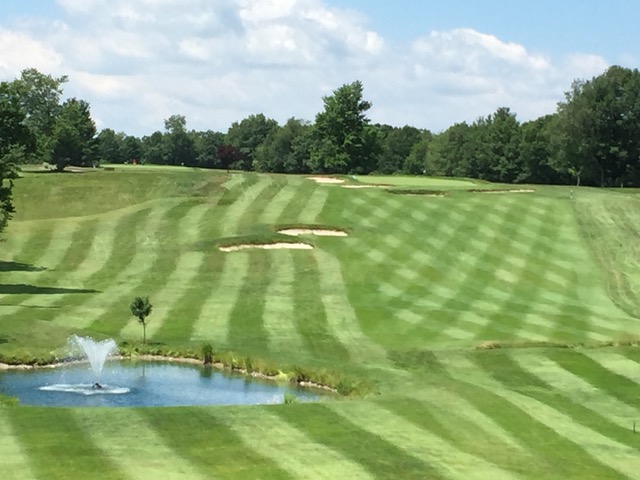 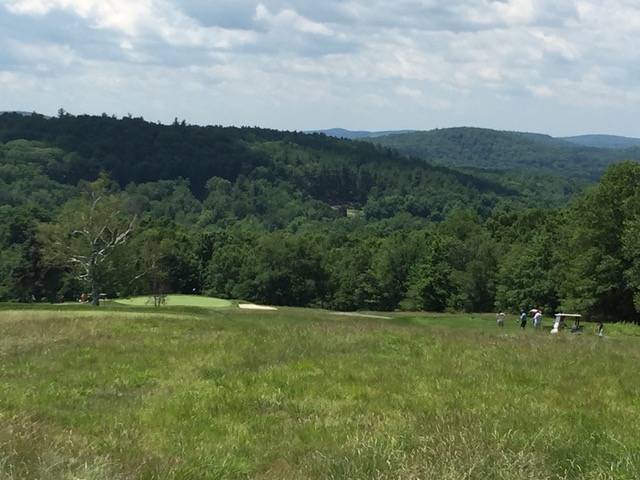 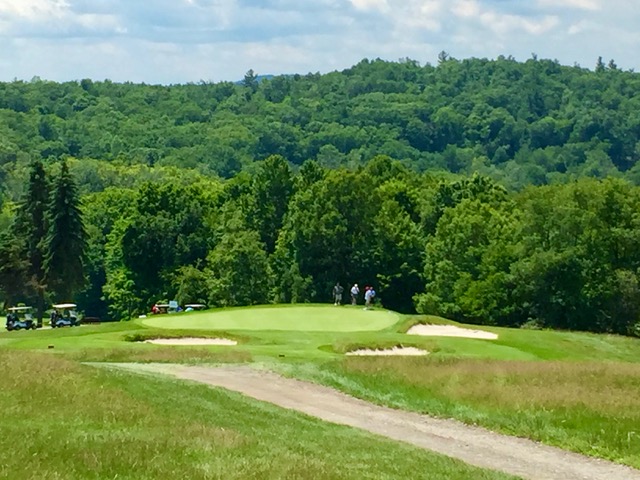 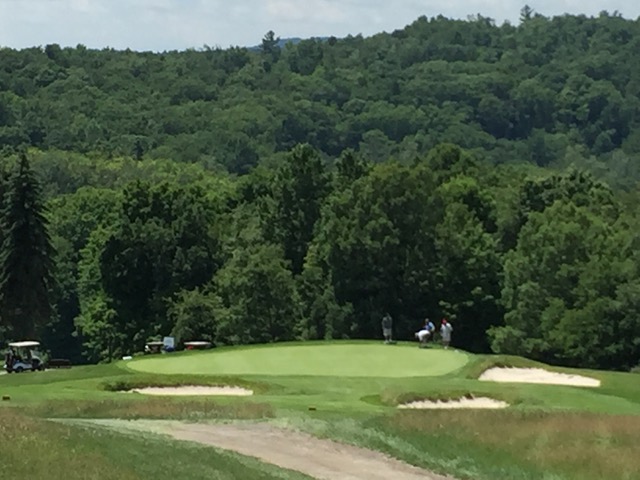 Every year, I try to make a pilgrimage to Copake.  I say “pilgrimage” because it is about three hours round trip from my Connecticut home, with no direct route.  US Highway 44 is one of those old east-west routes that circumvent the mountains of western Connecticut and, therefore, at a few spots turn north or south for a while.

No matter, the trip to this out of the way gem golf course is worth it, and there is a terrific bakery about halfway there that is my customary stop for breakfast.  (Blackberry River Baking Company, Canaan, CT.)

Located in the Berkshire Hills, which are typically associated with neighboring Massachusetts, Copake sits mostly on an elevated piece of natural landscape looking out and down to the lake of the same name.  Copake Lake has traditionally been a summer destination for homeowners from the New York City area, ever since the nearby Taconic Parkway opened in 1925 and made it much easier for north and south automobile travel.  Today, a fair number of retirees live there year-round and, boy, do they have a great golf course at their disposal.

I was going to love Copake, which opened in 1922, even before I set foot on the grounds because its designer, Devereux Emmet, has never failed me.  His Keney Park in Hartford is my favorite public layout in Connecticut (he designed the first nine holes in the late 1920s), and I have always enjoyed playing his two nines at Hartford Golf Club.  Congressional Country Club in Washington and other famed classic layouts are in his portfolio as well.

Copake’s functional clubhouse – great food, by the way – sits at the course’s highest point, and the parallel par 4 1st and 10th holes – run down and then up a hill to their small elevated greens.  Those two holes, too similar for my tastes, are the only flaws in an otherwise imaginative routing.  But put one or the other as the starting hole on any golf course and you would rave about them.  The 1st is a 369 yarder, the perfect warm-up hole, with a grassy ridge just short of tee-shot range and running about 15 yards across the middle of the fairway.  The mid-iron approach shot is straight uphill to a green guarded by small bunkers right and left; the wider bunker 20 yards short of the green on the right should be no issue for any fairly well struck iron.  Like most greens at Copake, the first is slightly crowned and on the small side.

The 10th is shorter at 353 yards but all the trouble is left, with two menacing bunkers one behind the other in tee-shot range at left-center of the otherwise generous fairway.  The green is totally surrounded with bunkers, the front ones some 10 yards short of the green itself.

The rest of the layout is a festival of design diversity, with frequent elevation changes, lots of strategically placed bunkers and many uphill shots to greens.  Lovers of classic design will appreciate that “whiskers” that grow around the edges of most bunkers, as well as the fields of heather just off some of the fairways.  It all gives the Copake a “been there forever” look.  The Berkshire Mountains are in almost constant view, but I could detect no pull or push effect from them on putting after multiple rounds.  On a sunny morning, the hills to the west of the course are beautifully lit, and the finishing holes have impressive, almost distracting views of the clean lake.  Only on those finishing holes and one or two others on the course do homes intrude on the natural views.

Tee boxes are typically as elevated as much as the greens which puts lots of valleys between you and your destination green.  This, of course, adds yards to the downhill tee shots but also adds an extra club or two to your selection for your approach shots.  The entire course is short by modern standards – 6,200 yards from the tips – but it tends to play longer.  Greens are fairly receptive to iron shots, especially after overnight rainfalls, but if you miss them, getting up and down is as difficult as it is on one of Donald Ross’ classic layouts.

On the value-for-price scale, I don’t think there is a better buy than Copake.  Green fees on weekdays are $30 per 18 holes, $59 on weekends.  But on weekdays, seniors 65 and older pay only $20 and on the weekends, anyone who plays from 2 pm on pays just $25.  In the middle of the Eastern Time Zone, that means darkness as late as 8:30, plenty of time to get in 18.  Of note, golf is free in the winter months of December and January.  Bring a ski jacket and/or thermals.

Copake is 90 minutes from Hartford, CT, less than an hour from Albany, NY, and a hair over two hours from New York City.  No matter where you are from, I am confident that your ride home from Copake will be a lot shorter given the memories and conversation about your round.

Note:  For those looking to build a golf trip around a visit to Copake Country Club, there are plenty of additional options in the area.  The Cranwell Resort, to be renamed Wyndhurst in summer 2020, has a fun Stiles & Van Kleek layout built in 1926.  It is just a 45-minute ride from Copake. The Catskill Golf Resort with a circa 1920s layout is just over the Hudson River, about 30 minutes from Copake.  And a half-hour south, play the private school Hotchkiss 9-hole course twice for a unique and entertaining experience on a classic by one of the renowned designers of the 20th Century, Seth Raynor, circa 1924.