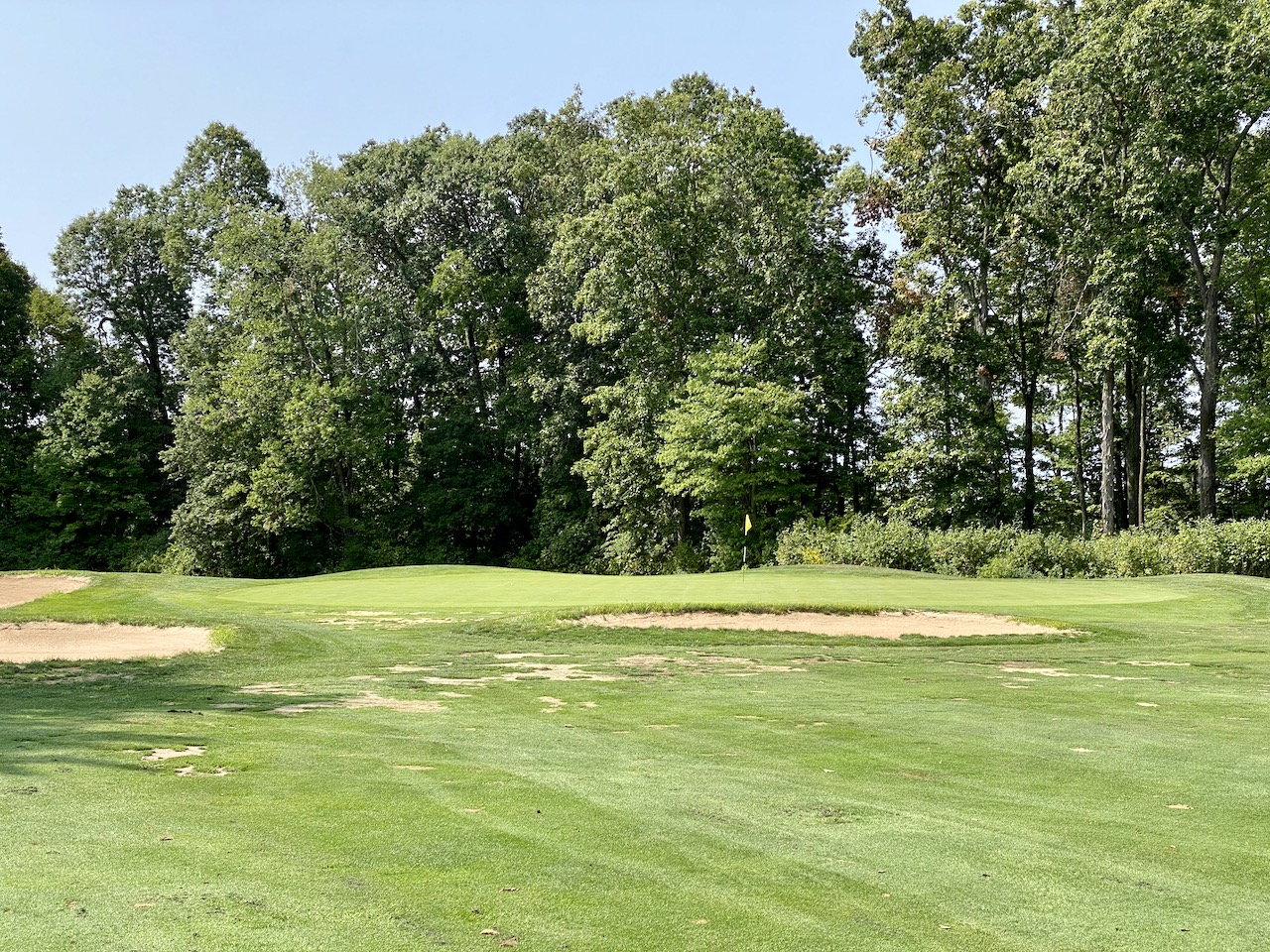 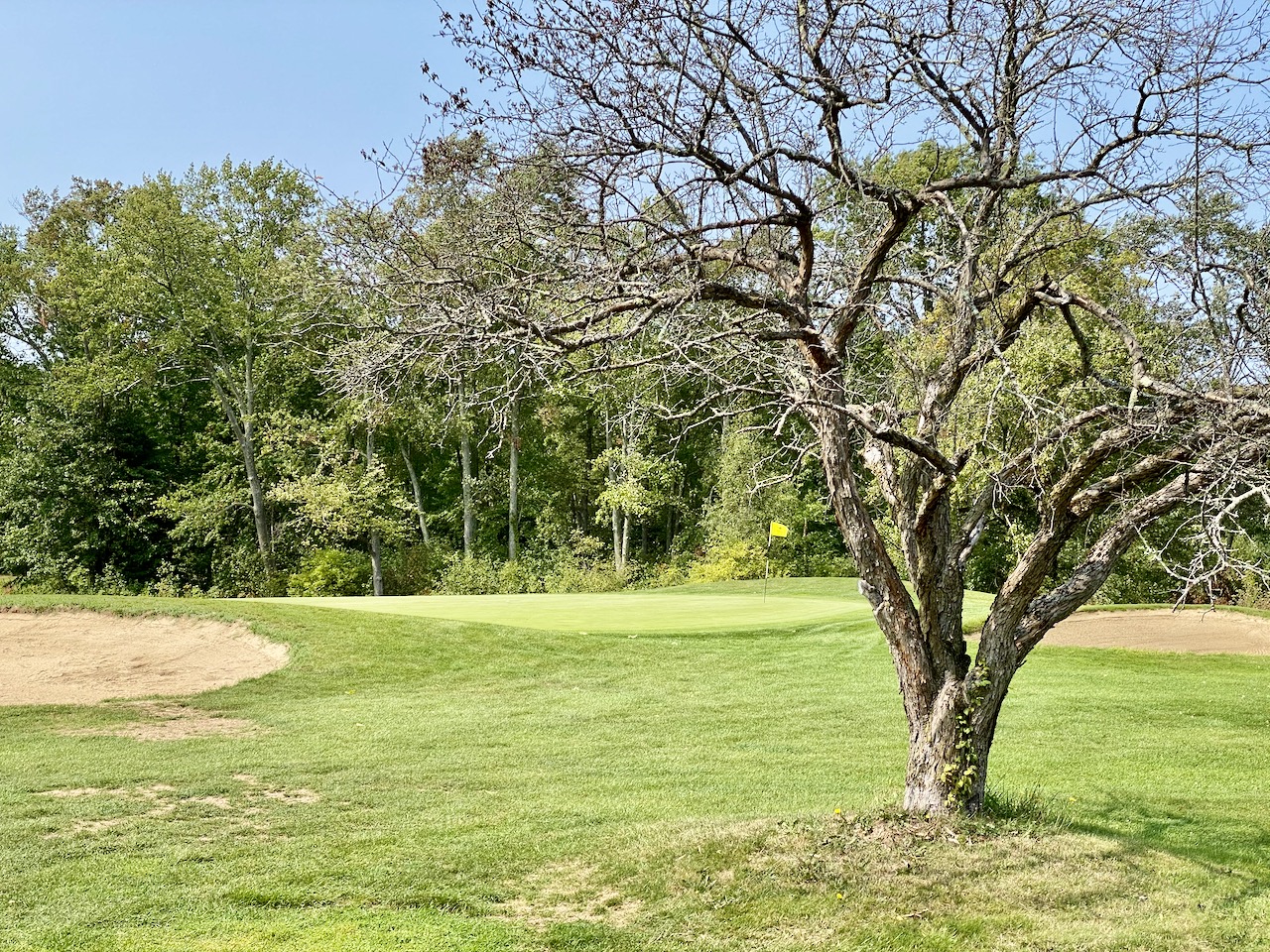 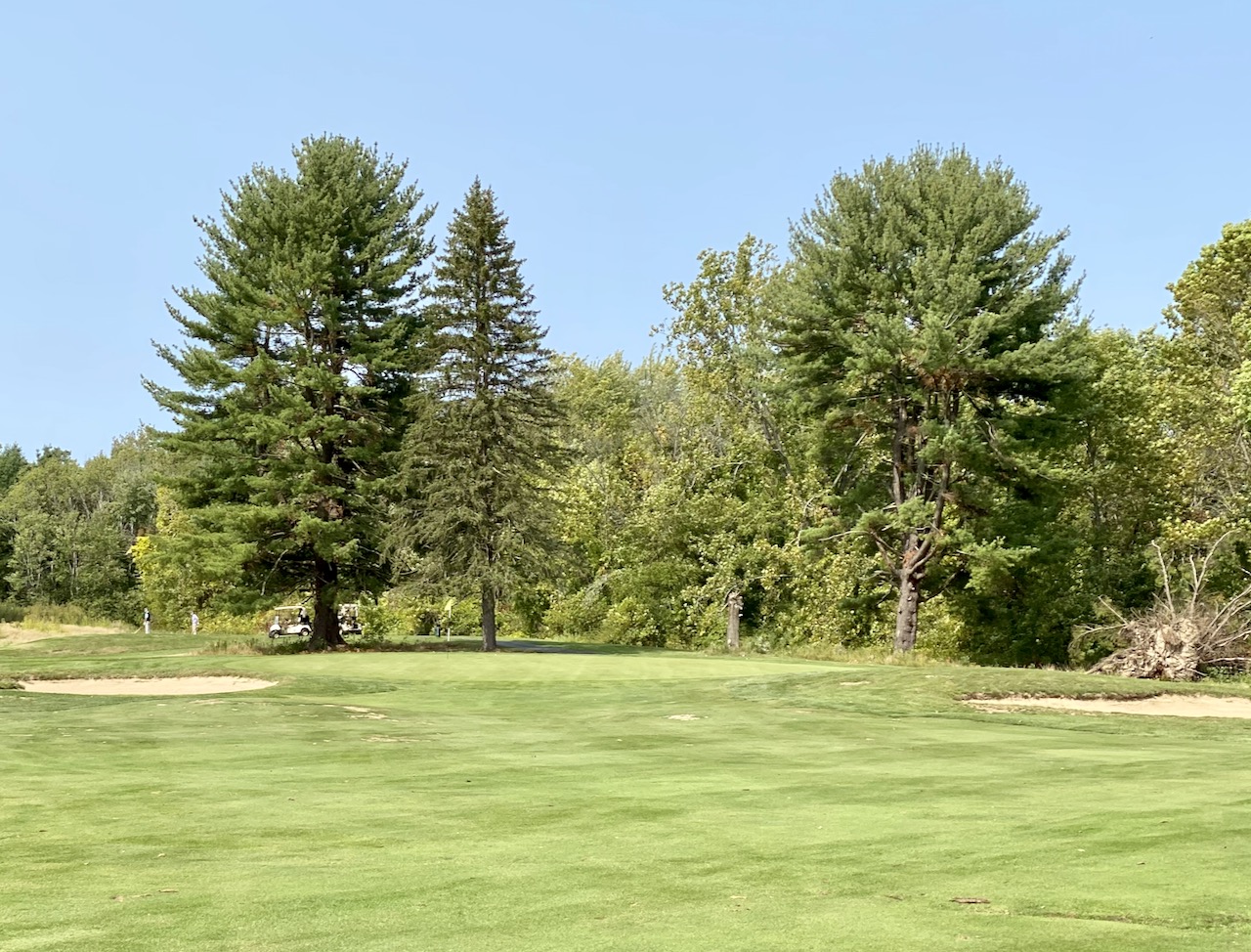 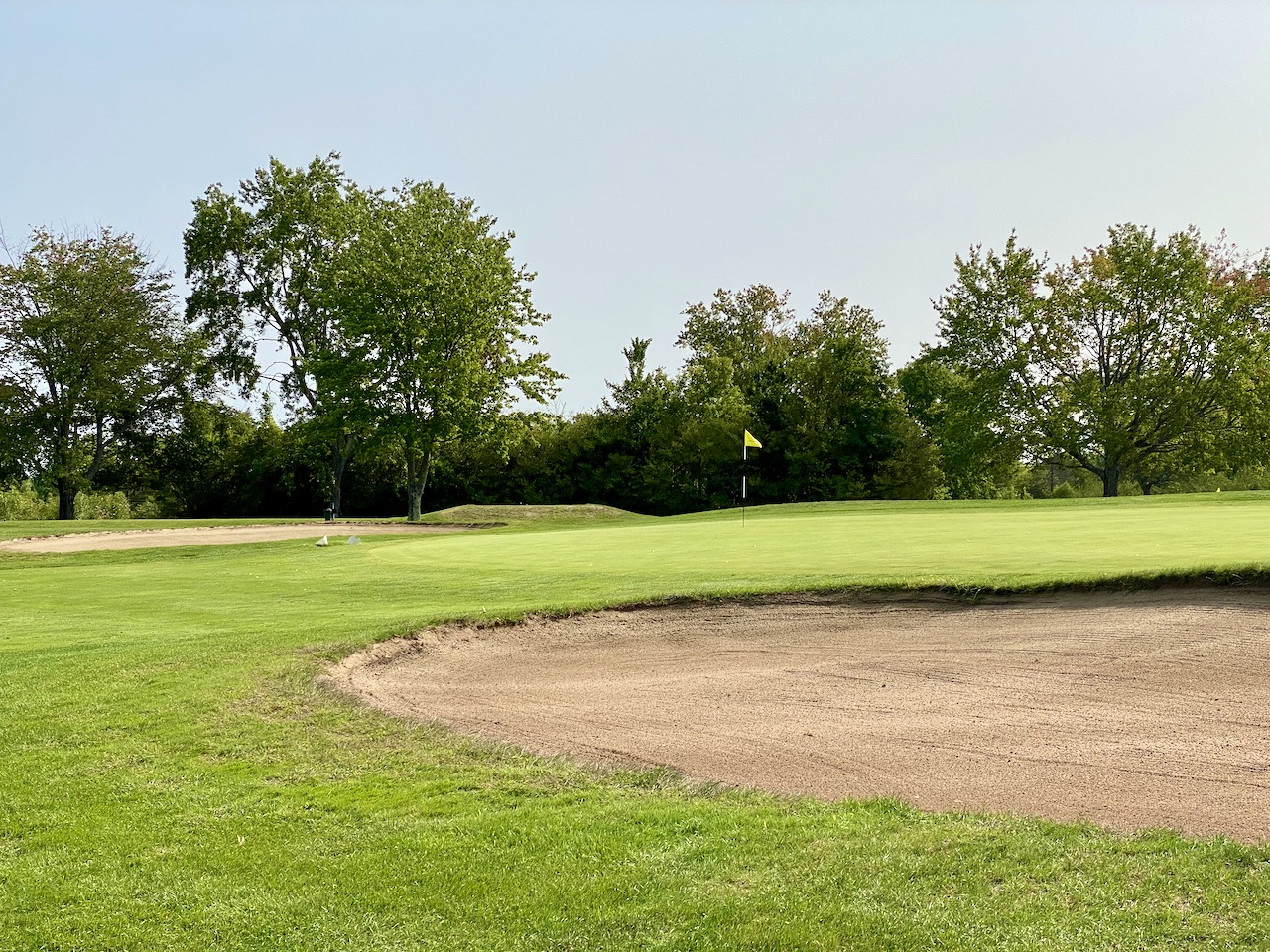 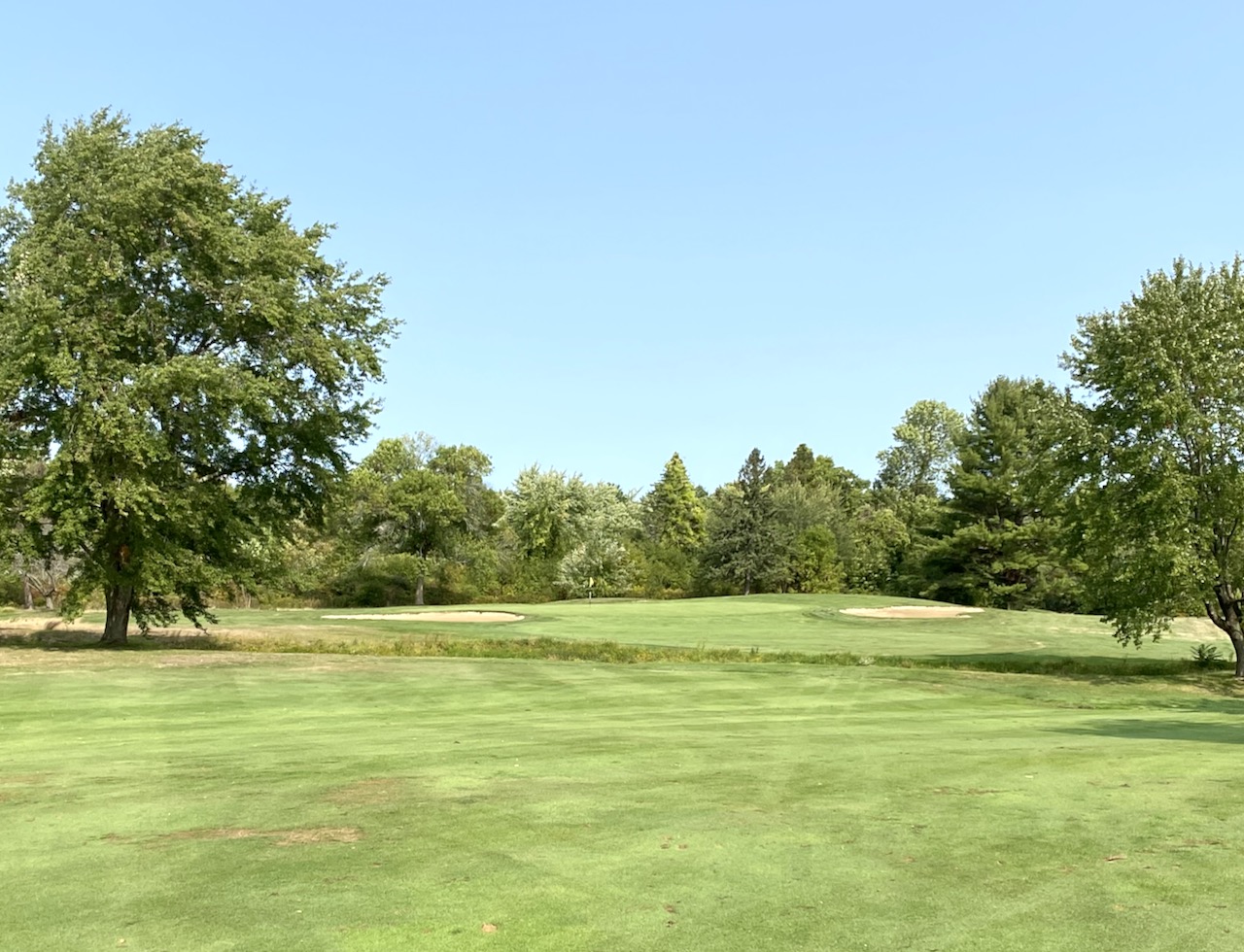 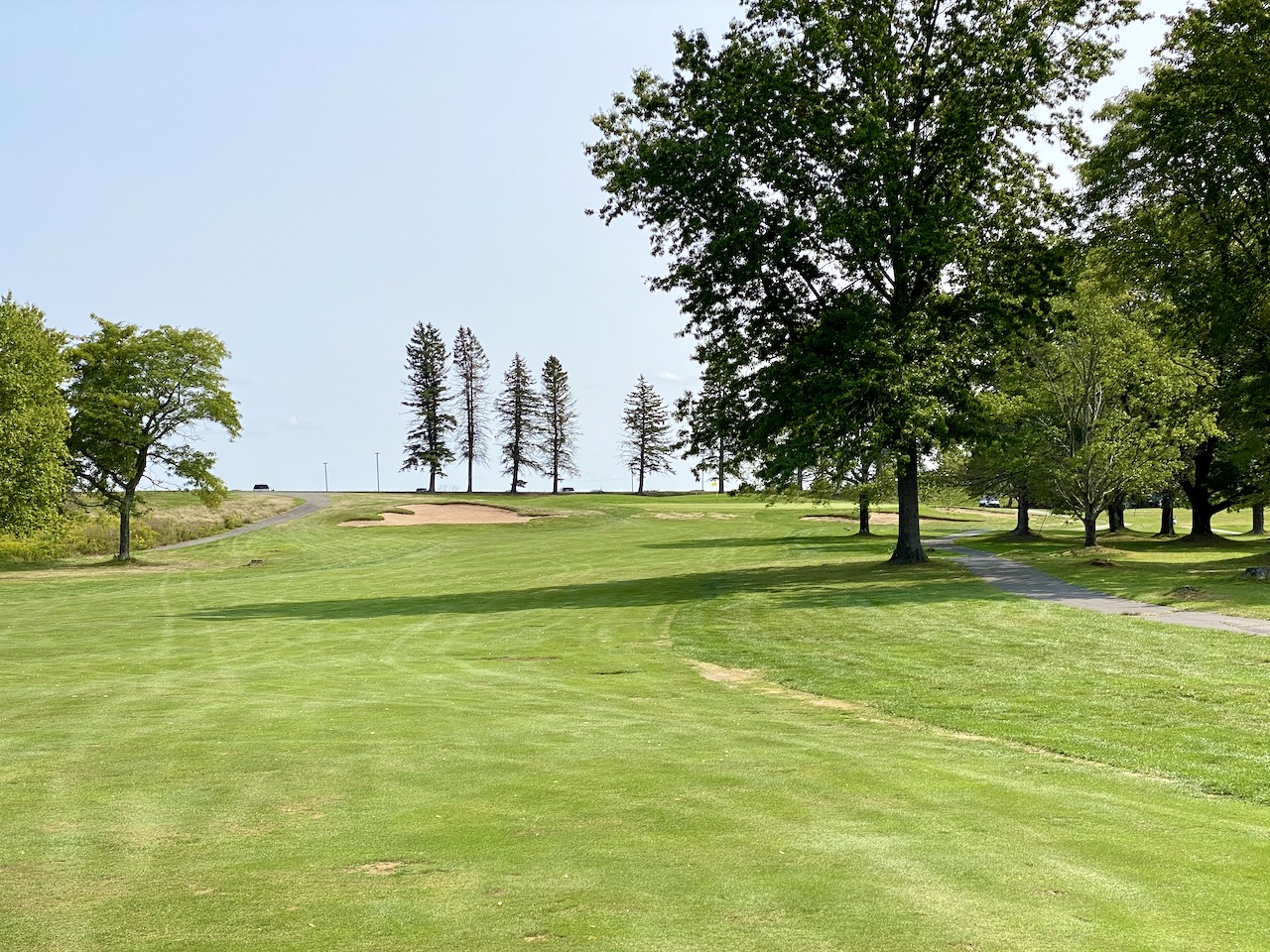 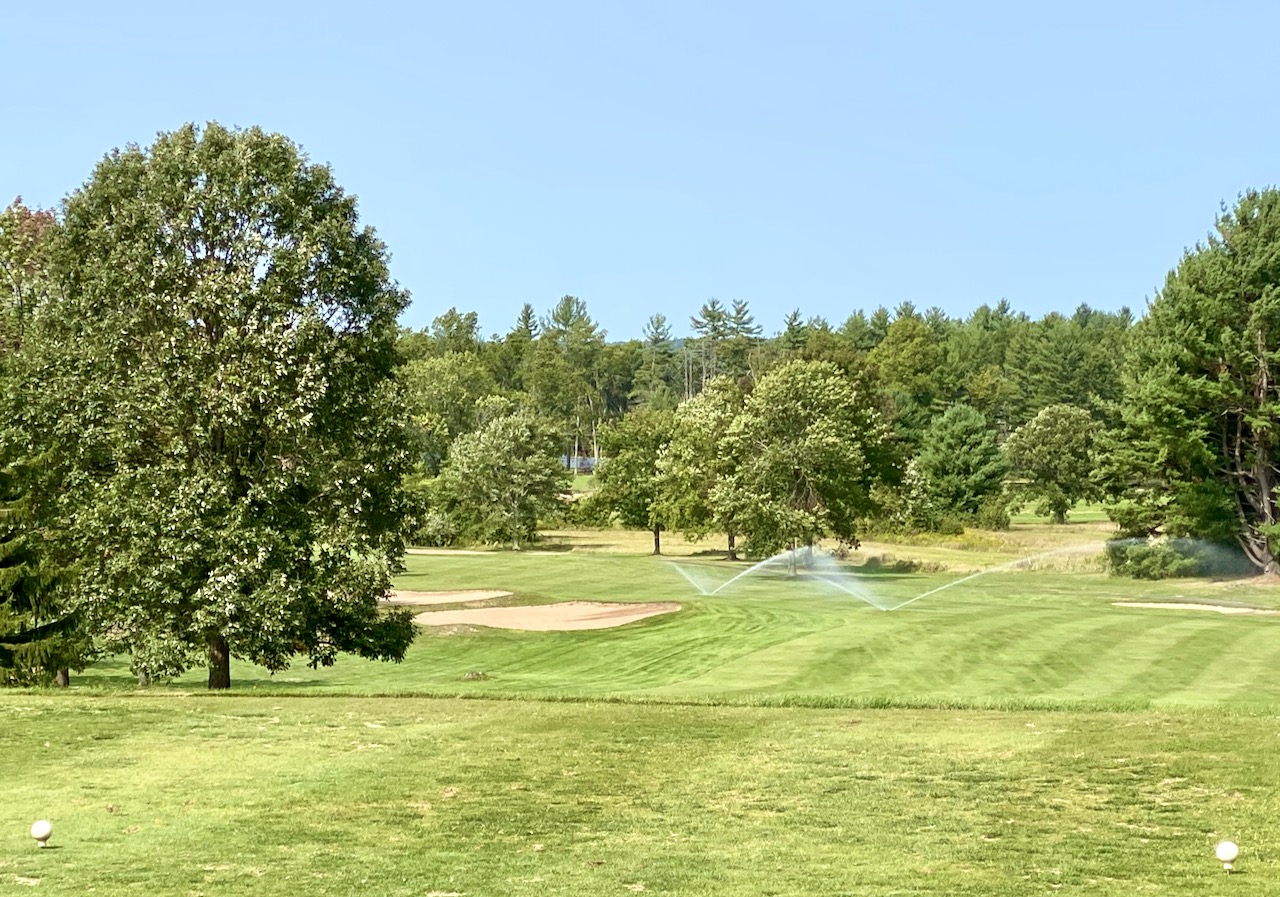 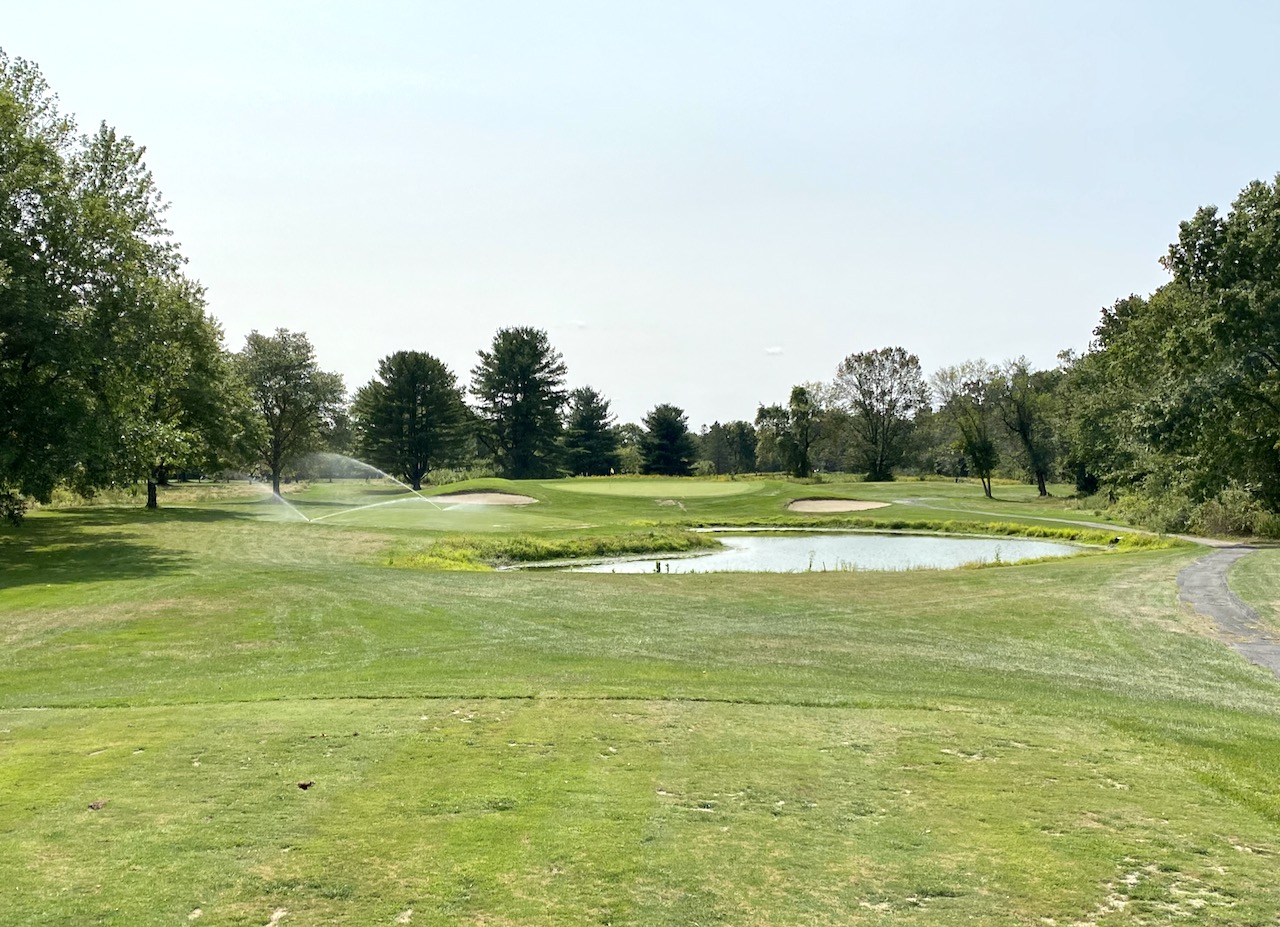 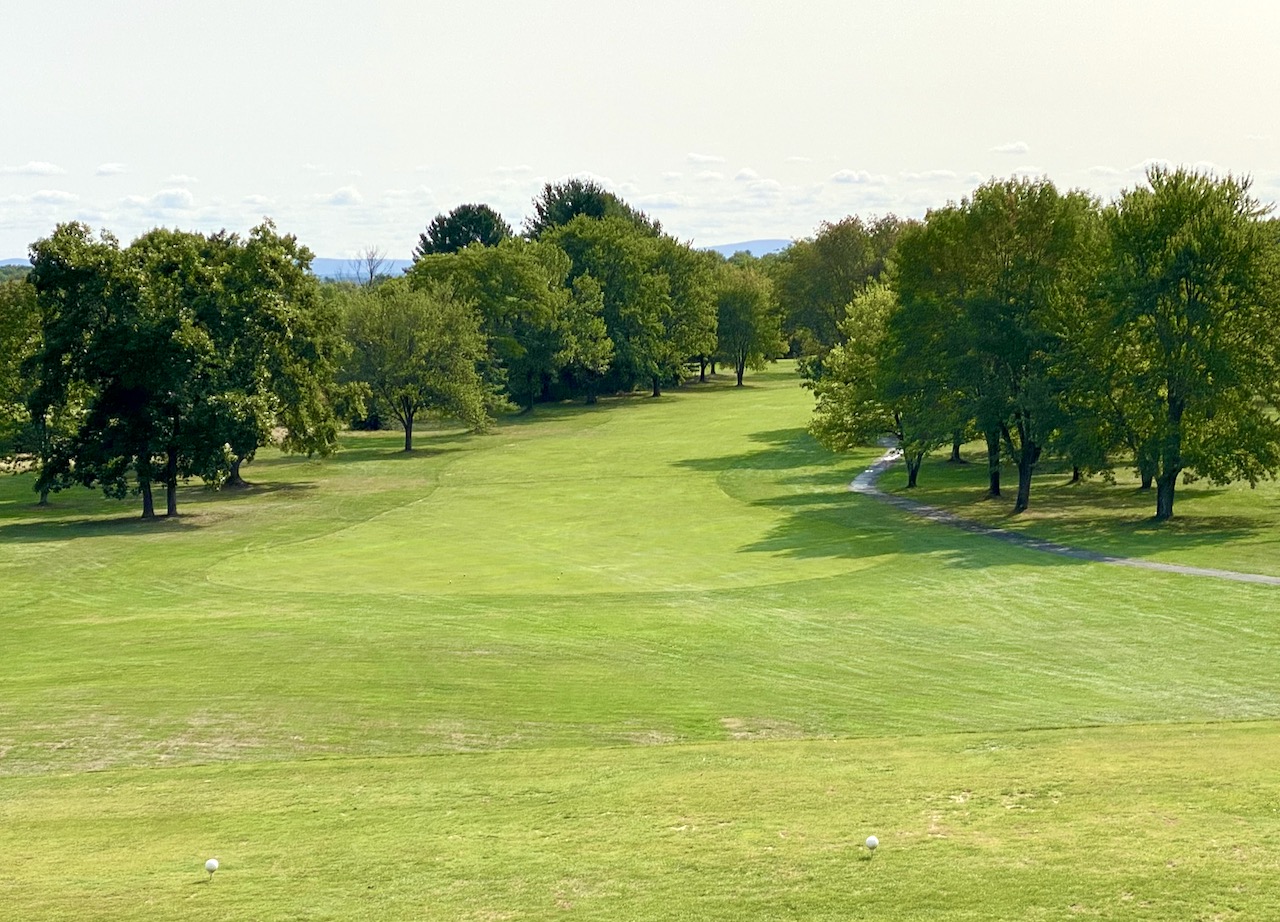 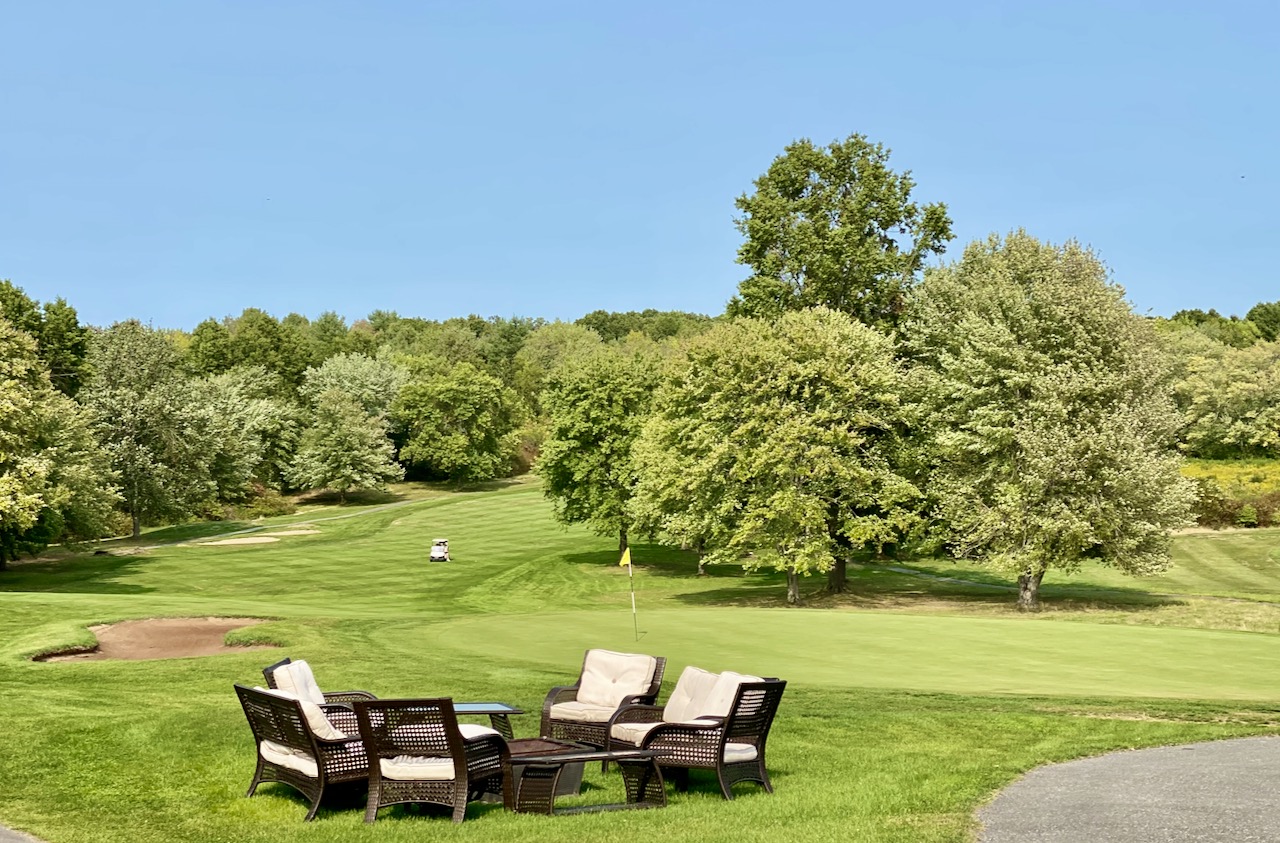 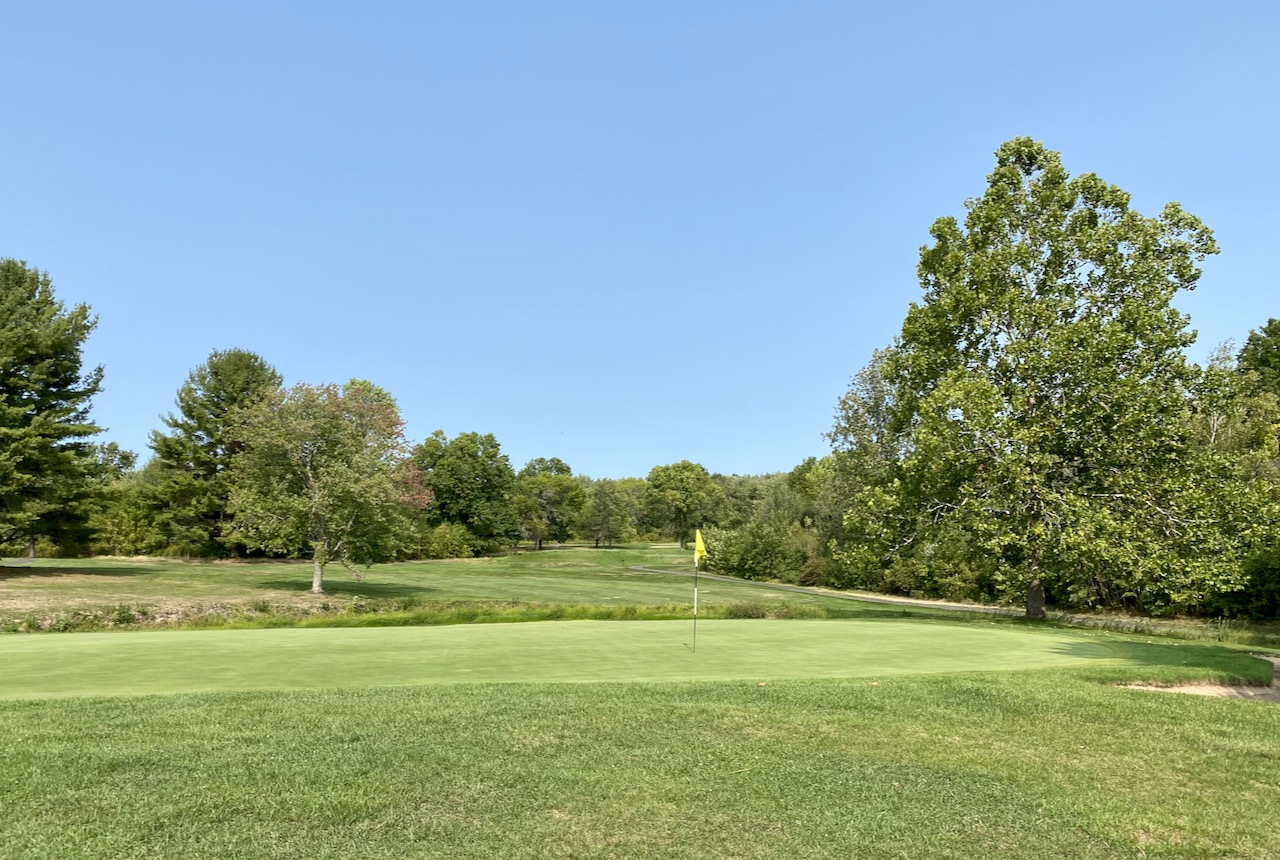 If you have played enough golf, especially in New England, every hole at Crestview Country Club in Agawam, MA, will look familiar: doglegs left and right, even a double dog leg par 5, and medium length par 3s with slightly elevated greens, all fairways lined with trees — pretty much dense forests on one side, formerly planted and now mature hard wood trees on the other side with a bit of space in between.

The golf course straddles the Massachusetts and Connecticut borders, which puts it in what is referred to as the Pioneer Valley. The Berkshire Mountains aren’t far away but Crestview is certainly walkable, with only a few mild changes in elevation over its four miles. The greens, which were medium fast on a beautiful mid-September Wednesday, looked and felt familiar to me, many sloping from back to front. I realized in doing some follow-up research that Geoffrey Cornish had designed the course in 1957. I have played Cornish courses throughout New England and for 25 years into the mid 2000s, his Hop Meadow Country Club in Simsbury, CT, was my home course. The Cornish stamp is on dozens of courses in the Northeast and even farther afield since he was a mentor to the well-regarded and nationally known architect Brian Silva.

Back to Crestview. The course provides an entirely pleasant way to spend four hours — although I played alone with no one in front of me and finished in less than 3 ½ hours. Most of the fairways are generously wide, but when they aren’t, they are penal. I ran into that on the second hole, a par 5 with a couple of trees guarding the outside of the dogleg and a big, sprawling tree right at the crook of the leg. I pushed my drive just three feet into the rough behind the tree on the right and had no way to advance the ball up the fairway. I punched a six iron to stay below the limbs of the trees and have a direct shot up the fairway, but I caught it too well and bounded into an unseen pond across the fairway. Not a great way to start the day. 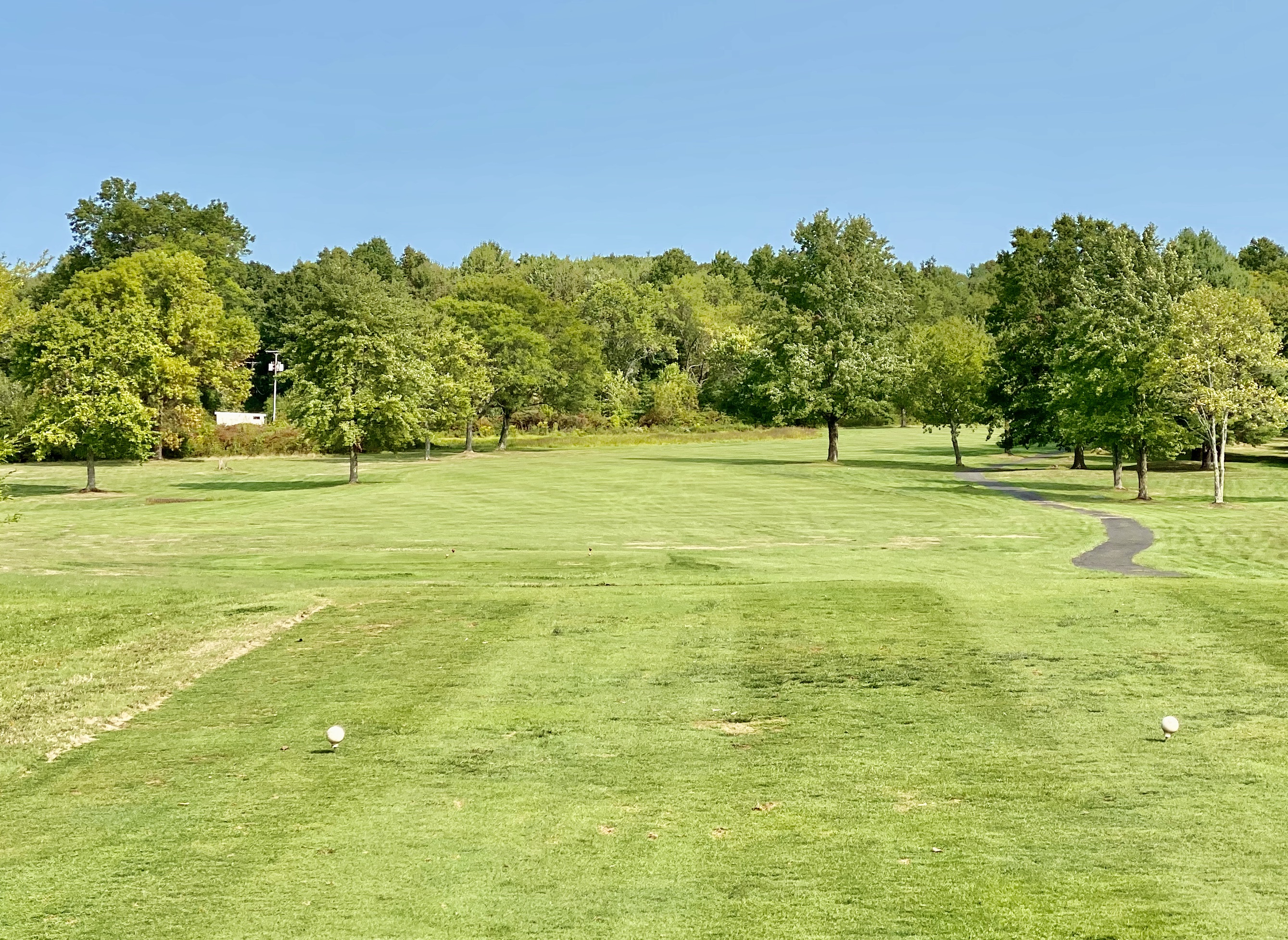 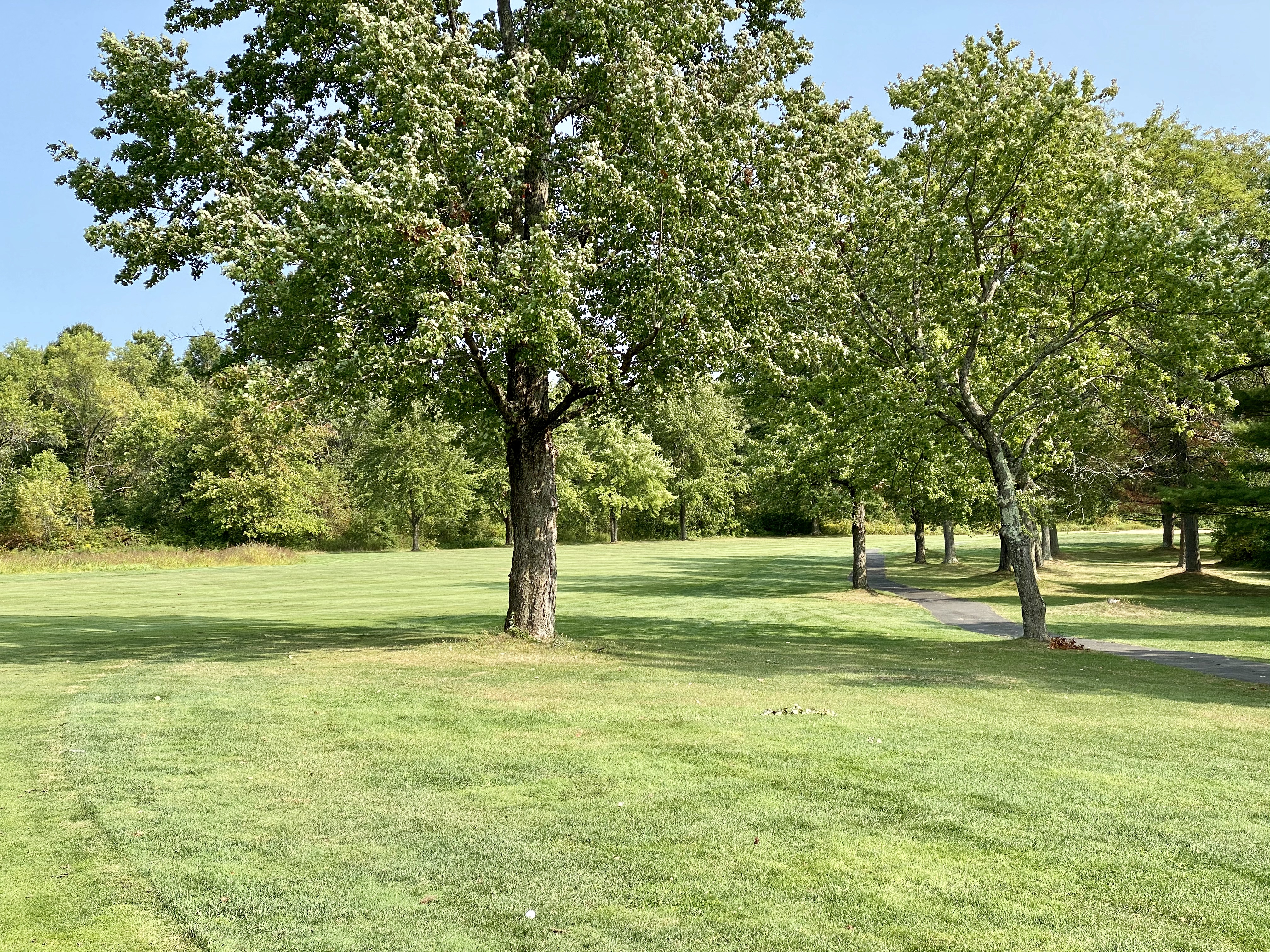 Top, the ideal landing area off the tee is about 210 yards out and affords a look at the green.  Anything left or right results in a risky punched shot under the tree limbs.

The double dogleg par 5 12th is not long at 447 yards from the white tees I played — 6,300 over-all — but with a 15 to 20 mph wind in my face, it played a lot longer. Any tee shot that finds the middle or right side of the fairway will be blocked by trees on the straight line toward the green. The only chance to get close to the green with your second shot is to cozy your drive down the left side. Mine got a little too cozy and found the rough just beside a tree stump that looked pretty freshly cut. I surmised that the Crestview members — it is a semi-private club — must have complained about the unfairness of being blocked from hitting the ball up the fairway in spite of decent tee shots. In any case, the lie wasn’t awful from the rough and the angle was the best you could find on the hole. I pushed my five wood into the tree line on the right, then punched to a short wedge away and made my best putt of the day, a 20-footer, to save par.

It took me a good nine holes to figure out the speed of the greens, especially on downhill putts which I consistently sent five or six feet by the holes. On the back nine, I narrowed the gap to two to three feet and made a few 10 footers. The surfaces had been aerated a few weeks earlier but except for a few burned patches here and there, they putted true and smoothly. I did notice that some of that morning’s players did not repair ball marks; as I remarked to the pro at the end of the round, “I sure hope they weren’t members.” He produced a knowing sigh, indicating this wasn’t the first time a concerned golfer had raised the point.

The white tees presented a rating of 71.0 and slope of 128, certainly a fair assessment of the layout when the wind isn’t blowing briskly. I will consider using Crestview, which is an hour from my home, for future last-minute tee times as the courses closer to home have been nearly impossible to get on, even for a single, on the day of play. By no means would I call Crestview a sloppy-seconds kind of layout; it is fun and challenging in equal measure.

As for after the round, I can vouch that the chef in the restaurant knows his way around a half-pound hamburger. There is a wide area of tables and even some overstuffed chairs that provide a safe way to enjoy a snack and post-round libation, and a view of your fellow golfers trying to negotiate the difficult, straight-uphill approach to the 18th green.