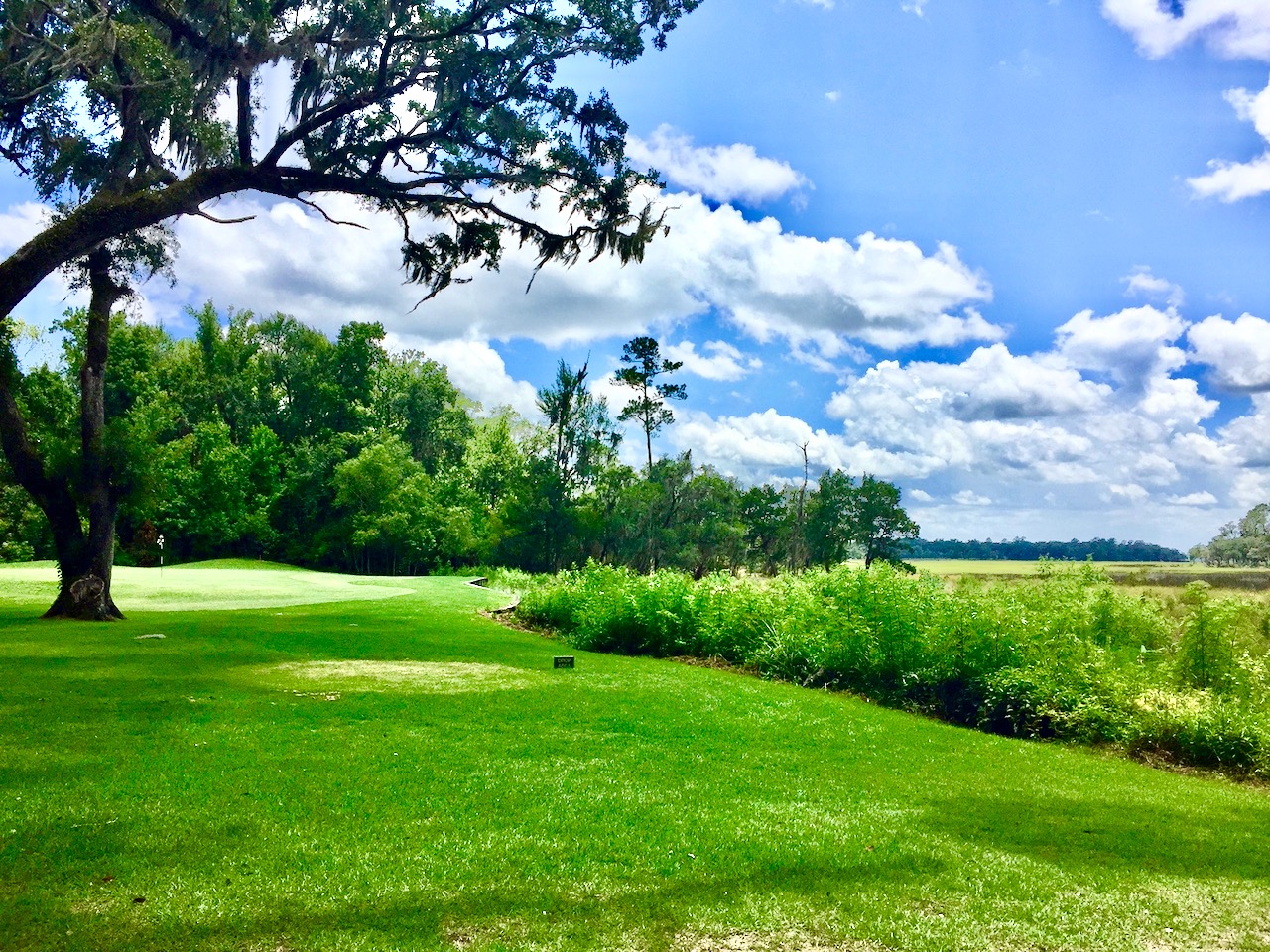 When a course layout engenders praise and complaint in about equal measure, count on it to provide an interesting four hours. During our round at Sapelo Hammock, in the central coastal region of Georgia, one of our playing partners labeled one par 3 as “the worst designed in America,” a few holes before claiming another hole as “The worst designed par 5 in America.”  Yet Golfweek magazine has called the course’s par 3s and par 5s “spectacular.” Offered another of our playing partners: “[It is] a great course to walk, and fun to play every day.”

Sapelo Hammock is Rusty Simmons’ solo design effort. We could not find another course he has designed on his own, although he was project manager at the respected public golf complex Crosswinds, near the Savannah International Airport, and was an apprentice earlier in his career in the firm of Davis Love III.

If Sapelo Hammock was to be his only effort, it was a good one indeed.  Given 200 acres of rolling terrain flanked by marsh, live oaks and loblolly pine, Simmons didn’t screw it up and, indeed, crafted a layout that is easy on the legs, if you decide to walk, as well as easy on the eyes. Houses are kept well back from the course, and out of bounds markers are few. We played on a windy day, and many of Sapelo Hammock’s holes seemed to play downwind. The fairways, which had not been over-seeded during the winter, were firm and provided extra roll. However, that advantage was neutralized by greens that we found daunting to read; a few of our rolls broke the opposite of how they read. The speed of the putts, though, was consistent throughout the round.  The slope from the men’s tees, at just over 6,300 yards, is a fair 129. Women’s tees are either 4,900 or 5,400 yards. 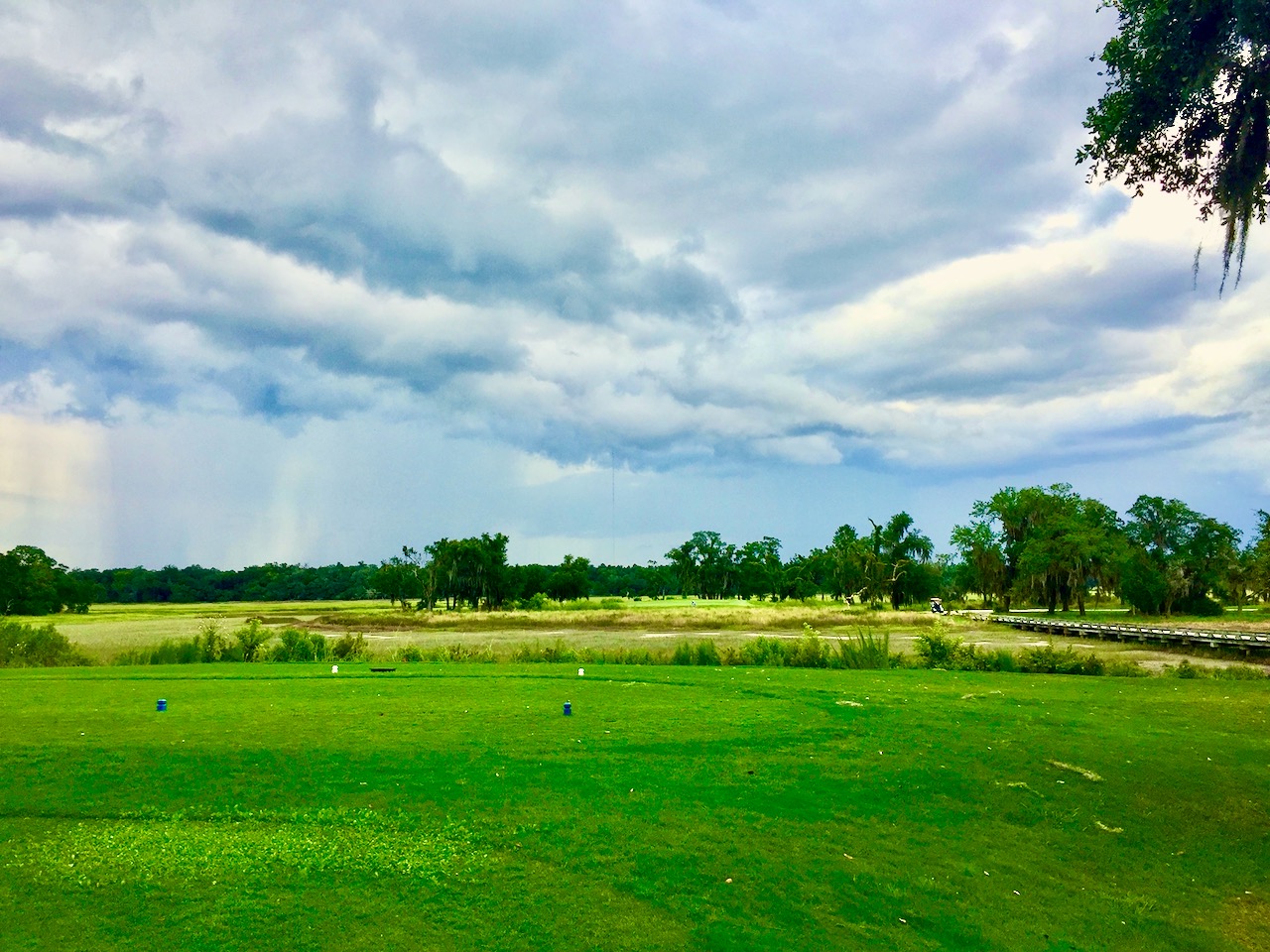 Sapelo Hammock is a bargain for members and the public alike. There is no initiation fee, with annual dues just $1,800. Daily green fees for walk-ins are $47 on the weekend, $37.50 weekdays. At nearly an hour from Savannah, Sapelo Hammock’s tee sheet is not often crowded with names. The owners are clearly hoping that the adjacent Cooper’s Point development will come alive and provide the members the club needs to thrive.

Cooper’s Point has a nice inventory of marsh and river view properties at prices half of what you will pay farther up or down the coast. Houses at Cooper’s Point cost $100 per square foot to build — $125 if you really want to get fancy — also about half of what it costs to build similar houses in Savannah, just an hour away. Less than a mile down the road is Shellman Bluff, a tiny, quaint fishing village that time forgot. Get to know the shrimp boat captain, and he will take your order by phone from his boat and deliver it to you at the dock.

2016 review: “The golf course won't beat you up, but it will sneak up on you in places, thanks in large part to a very stout collection of par threes. The toughest of them all may be the 15th, which doesn't look like much but whose crowned green is incredibly tough to hit and hold. Many other holes look more innocuous than they end up playing… Green fees at Sapelo Hammock max out at $45. When I played it one afternoon earlier this summer, I paid less than $30.” Tim Gavrich, GolfAdvisor.com (Note: The reviewer, who works for The Golf Channel, is the son of this site’s editor.)