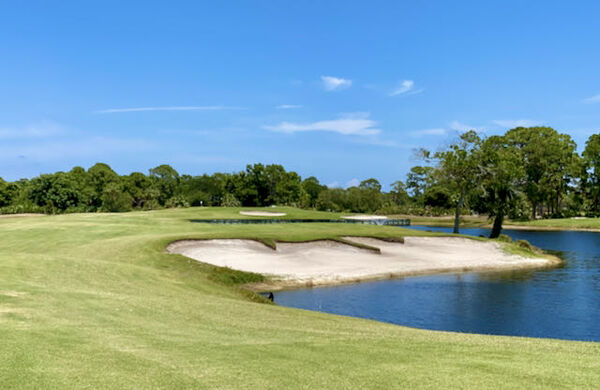 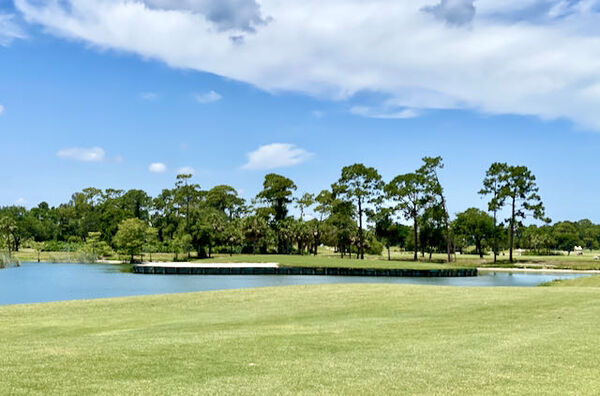 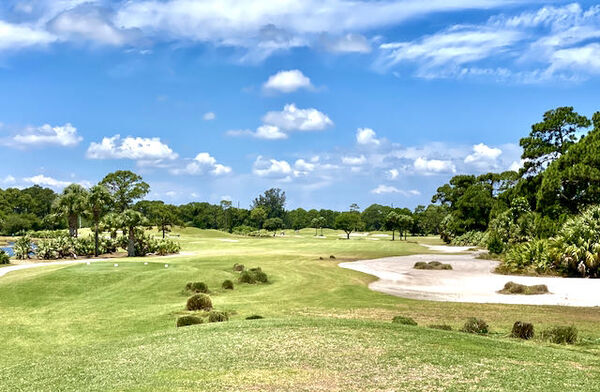 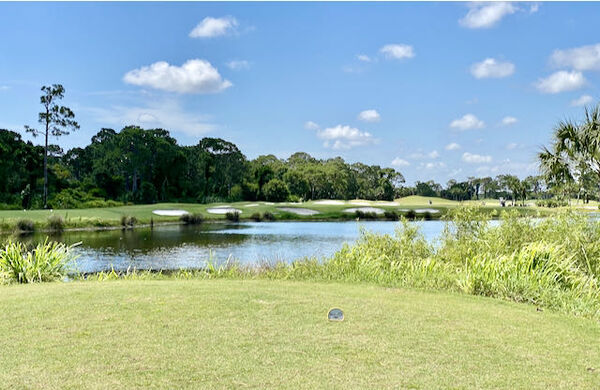 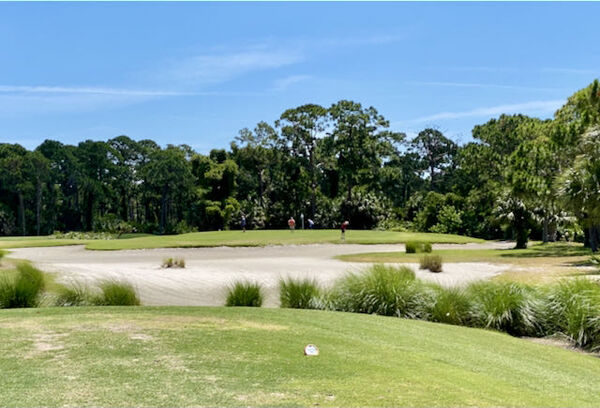 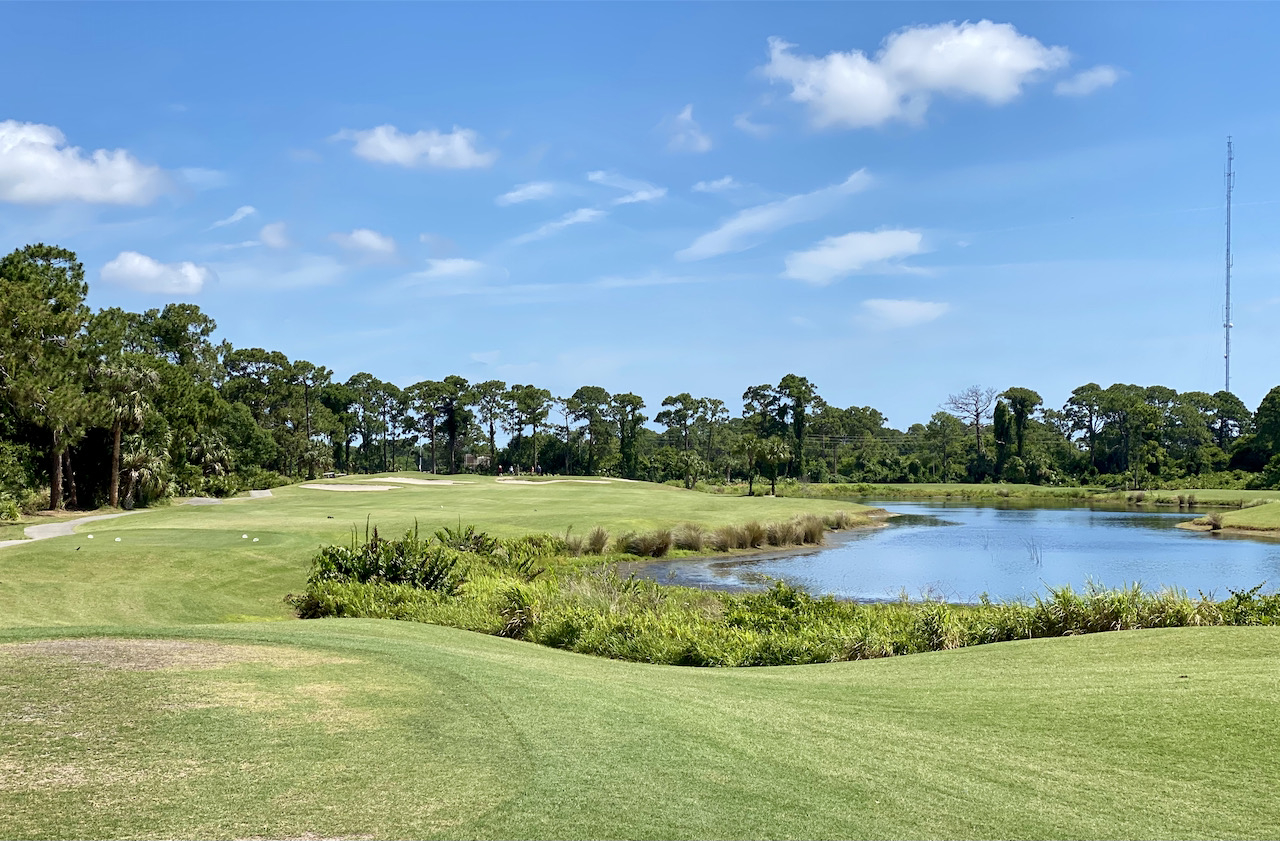 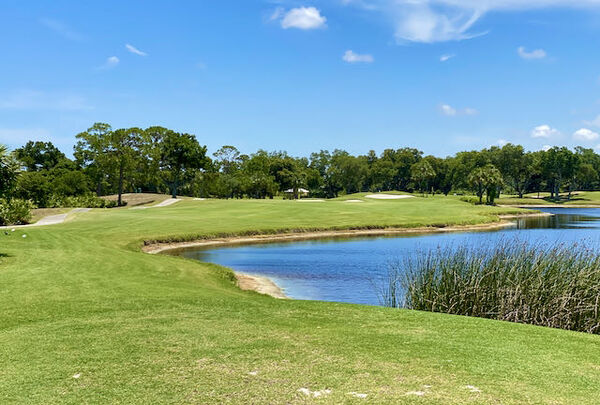 I think of a “typical” Florida golf course as flat with lots of sand and water, most of those hazards ornamental rather than in play. Given the flat and sandy landscape of much of Florida, course designers have pretty much a blank canvas on which to route their holes. But, of course, they are artists for hire and, therefore, give their patrons what they want. Member-run golf courses in the Sunshine State are typically more challenging than the municipal layouts, and architects like Nicklaus, Fazio and others can pretty much make their designs as difficult as those who hire them request. But public and municipal layouts, aside from Streamsong and other boutique golf destinations, are different animals, designed not to risk beating up their customers but rather to ensure that play moves pretty smoothly over the course of less than 4 ½ hours or so. Time is money on a public golf course (which is why you will see more rangers on golf courses in Florida than elsewhere; that and the fact that most are retired and will work for a free round every week).
The routing on a muni tends to be more about going around the hazards than over them. Of course, if you play tees that are not appropriate for your game, you can bring the hazards into play off the tees. The best tees, therefore, are those which, generally speaking, will leave you a mid- to short-iron into par 4 greens. For me, at Sandridge Golf Club’s Lakes Course, that meant the white tees with no par 4 longer than 368 yards. Since I hit the ball around 200 yards off the tees, the 5,423-yard layout – rating 66.8, slope 118 – was a great opportunity to avoid the stress of long carries.
For my late morning tee time which cost me $35 at the TeeOff website, I was matched with a retired police officer from New York who announced on the first tee that he had only been playing for 10 months. I didn’t mind, and as the round proceeded, I was able to exercise my inner golf coach as the lefty policeman asked for guidance on how to overcome a sweeping slice that, when he got it airborne, would move from the right side of fairways all the way to the far left where trees and bunkers awaited. I kept worrying he would run out of golf balls but he assured me “the knuckleheads I usually play with” had furnished him with enough. He must have lost a dozen or more golf balls during our round but, indeed, he never ran out. (At the end of the round, I helped him lighten the load on his golf bag further when he asked me to look at his collection of clubs. He had two drivers, two 3-woods, two-5 irons, two sand wedges, three pitching wedges and two putters – only three of them matching brands.)
The Lakes Course at Sandridge is the less challenging 18 of the two, the other being the Dunes Course (which I hope to play in two weeks after the greens recover from aeration). Lakes is a relaxing layout except when the wind blows, which it often does. On my day, though, I never needed to play more than one extra club into the wind, or one less with it. The greens are generous but were still showing the effects of an earlier aeration. I probably would have made one or two putts if they had not been slightly redirected. But I could tell the greens will be very nice in a week or two.
The size and shapes of the greens on The Lakes offer plenty of opportunities for challenging pin positions, including on #18 where the pin was at front left, no more than 12 feet from the front and left edges. A few others were tucked behind bunkers but they looked closer to the sand from the fairway than they actually were. You can trust the distances on your GPS and then aim five yards short, and you will be fine.
For a municipal golf complex, Sandridge, which is about 20 minutes off the beaten path from Vero Beach, is well equipped for golfers who need a warmup before play. The practice range, which dispenses golf balls with the insertion of a credit card, can accommodate a couple dozen golfers. A chipping/sand shot complex between the first tee and practice range is large enough to keep golfers from getting in each other’s way.
However, although Sandridge is focused on the golfer’s play, it does not offer much in the way of post-round amenities; food offerings are slim with just a sandwich or two on offer and a limited range of libations. If there is a kitchen behind the wall, it probably is not be equipped with an oven or stove. For a golf facility that attracts large crowds, that seems like a missed opportunity.
That said, a round on The Lakes at Sandridge is a fun experience and should leave you hungry for another.