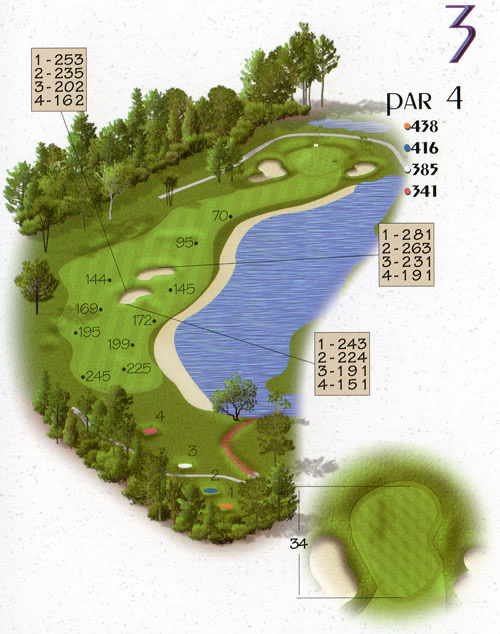 While in Pensacola for a family wedding in November 2019, my two nephews and I headed north of downtown to play the reasonably priced Perdido Bay Golf & Lodging course, a par-72 layout designed by Bill Amick and Bill Bergin that opened in 1963.

The course’s claim to fame is it was the site of the PGA Tour’s Pensacola Open from 1978 to 1987.  Sadly, this tour stop, which was held for more than 30 years at several area courses, is no longer in existence.  Still, it was pretty cool to walk the same fairways that Nicklaus, Kite and Strange did years ago. 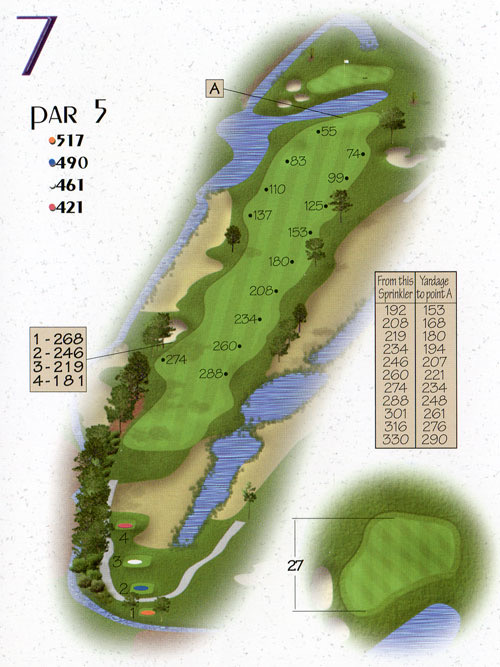 The winding entrance road to the course is lined on both sides by tall pines, Florida’s lesser version of Magnolia Lane.  It’s fitting the course is located on Doug Ford Drive.  Once you get to your destination, everything from the clubhouse design to the course itself screams the 1960s.  It’s the kind of place the ad execs from “Mad Men” would have brought their high-end clients for a Florida golfing boondoggle.

When I say that Perdido Bay is probably a Northerner’s idea of a typical Florida layout – lots of sand and water – I don’t say that disparagingly.  This is a moderately long, narrow and challenging championship course that rewards both distance and accuracy.  What you see is what you get.  And that’s not necessarily a bad thing in this new-design era of blind tee shots, green run-offs and double dogleg fairways. 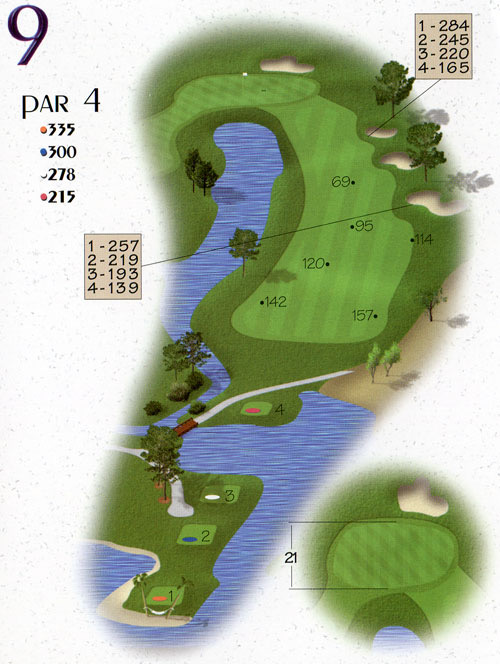 Although mostly flat, there is some strategic mounding that can cause tricky lies, lots of elevated tees and greens, multiple cuts of rough, and greens that are large and undulating.  There’s also an extensive practice area, with a huge driving range, putting and chipping greens, and greenside and fairway bunkers.

Back to the sand and water on the course.  Quite simply, there’s lots of it – and, by my count, 68 bunkers, and water that comes into play on at least 13 holes.  As a result, we decided to play from the white tees (69.9 rating and 124 slope), which turned out to be plenty challenging. 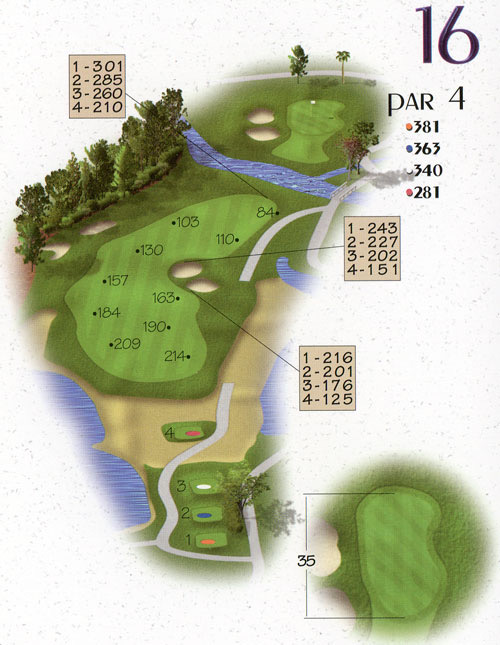 The par-four third hole plays to 385 yards with water running virtually tee to green down the right side and two middle-of-the-fairway bunkers beginning at about 200 yards out.  The seventh hole is a 461-yard par five where if you hit a good drive you have the decision of laying up short of the water or going for a fairly expansive green in two.  The par-four ninth is similar to the third except, this time, the water runs all the way down the left.  Sixteen is a fun, 340-yard, par four, dogleg right with water in front and 18 is a 380-yard par four with a “church pew” bunker on the right side of the fairway.  On this day, I chipped in from the right of the elevated green for a much-needed par, always a great way to finish. 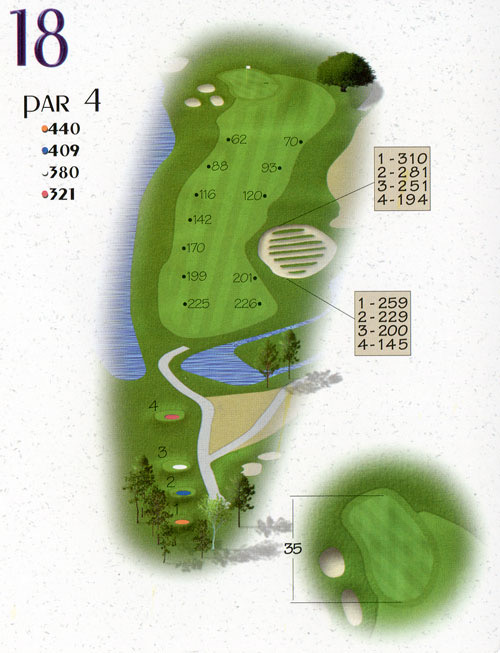 Staff and the locals who you can tell play there regularly were courteous and friendly.  One member in the group in front of us had a great time razzing me for wearing shorts on a Florida morning where the temperature was barely 50 degrees.  I didn’t have to tell him that’s downright balmy for a cold-weather golfer from Connecticut.

John Mayo is a 30-plus year resident of West Hartford, CT, and runs Mayo Communications, LLC, a full-service firm operating out of his basement office.  Primarily a “public course” golfer for nearly 50 years, John estimates he’s played more than 175 different layouts and has a logo ball from virtually all of them to prove it.  He and the manager of this website previously spent time working together in corporate communications roles where, at one point, Larry Gavrich was his boss.  Despite that, John still plays an occasional round of golf with him. [Editor’s Note: Perhaps I was a better boss than I thought.]