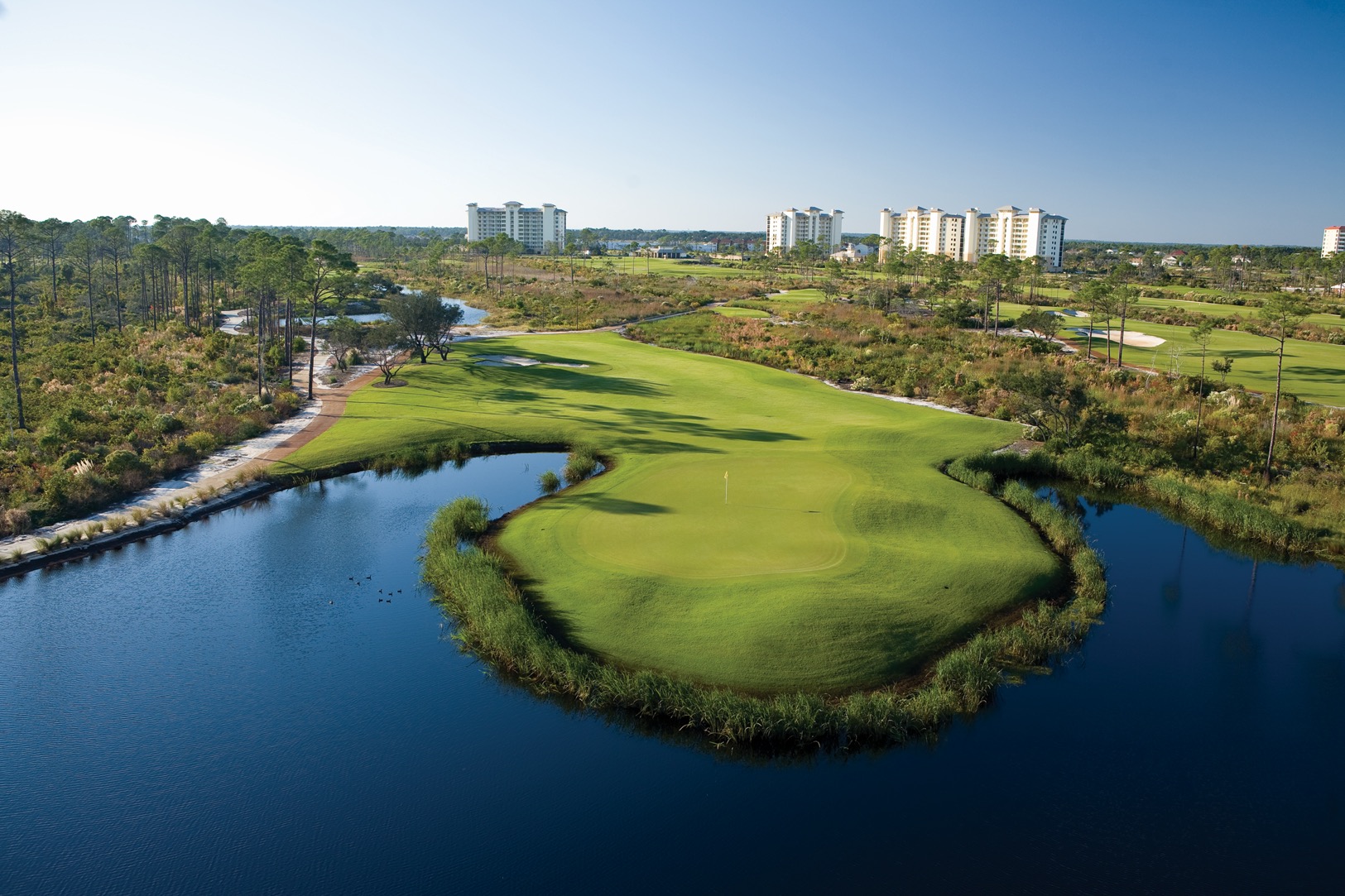 On a trip to Pensacola for a wedding last year, I played at Lost Key Golf Club in Perdido Key, FL, on Halloween, which proved to be a bit scary but a whole lot of treat.

Located about a half hour along the Gulf Coast from downtown Pensacola, and less than that to the Alabama state line, this Arnold Palmer Signature course, with the design credited to the Great One and his long-time collaborator, Ed Seay, opened in 1997.  It underwent a major renovation in 2006 that included the addition of 2,200 native trees, 13,000 wetland plantings, and the resurfacing of tees, greens, fairways and rough.  It’s worth noting that Lost Key was the first course in Florida certified as an Audubon International Silver Signature Sanctuary.

With a par of 71, five sets of tees and Sea Dwarf Paspalum grass from tee to green, Lost Key is the definition of target golf.  I doubt there’s another course around that, from the tips, plays less than 6,700 yards and holds a course rating of 73.9 and a slope of 145.  I played the white tees, at just over 5,900 yards(!), which still had a rating of 70.2 and a slope of 129.  The reason for these lofty numbers, I soon discovered is that, at Lost Key, you’re either in play in the fairway, or you’re lost. 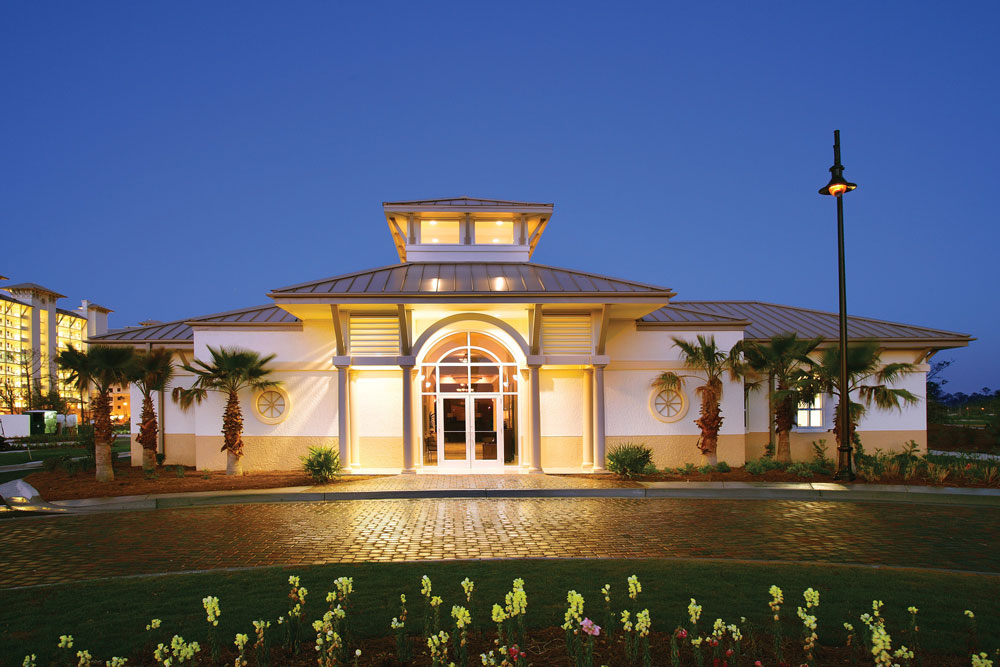 My first challenge proved to be finding the course entrance and the club’s impressive clubhouse.  Lost Key is located in the middle of a massive real-estate development (not affiliated with the course) that’s still under construction and off a main drag adjacent to the beach.  Unfortunately, first impressions aren’t great as the development is on a barren, treeless, sandy site with cookie-cutter houses and condos.  Once I found the entrance and got directions from the friendly guard at the gate, I immediately got lost and spent ten minutes driving through the development, maddeningly catching glimpses of the course I was trying to get to. (Once on the course, I was pleased to see that the housing did not encroach on the layout.)

I had a 7:45 a.m. tee time as a single, wanting to get off early as it had been raining for several days all along the “Redneck Riviera” and more rain was forecasted for late morning.  While there was no precipitation, the wind was howling, which only made a tough course even tougher.

Upon arrival, I encountered very friendly pro shop employees and a cheerful, informative starter.  While waiting to go off, the starter said I was behind a member who, he predicted, would finish 18 before I reached the back nine.  Just in front of me was a husband-and-wife couple who I caught by the fifth hole and were gracious to let me play through.

Since I didn’t know the course, I asked the starter for any advice he could offer.  He warned me not to hunt for balls in the “jungle” that surrounded almost every hole – not because of alligators, but the numerous snakes.  After losing four or five balls on the first several holes, I smartly ditched the driver and three-wood and went to three- and five-hybrids off the tee on almost every hole.  My goal was just to get a ball in play, despite the fact that I faced long approaches into almost every hole, particularly those into the wind.  As a result, I played – and scored – much better from that point and enjoyed the round a lot more.

Lost Key’s greens are large and undulating and generally raised.  Like many Palmer courses, green-adjacent bailout areas abound, allowing you to decide whether to putt, flop or bump-and-run.  Thankfully, fairways are fairly flat, a blessing since they are tree-lined and there’s very little rough between short grass and “drop another one.” 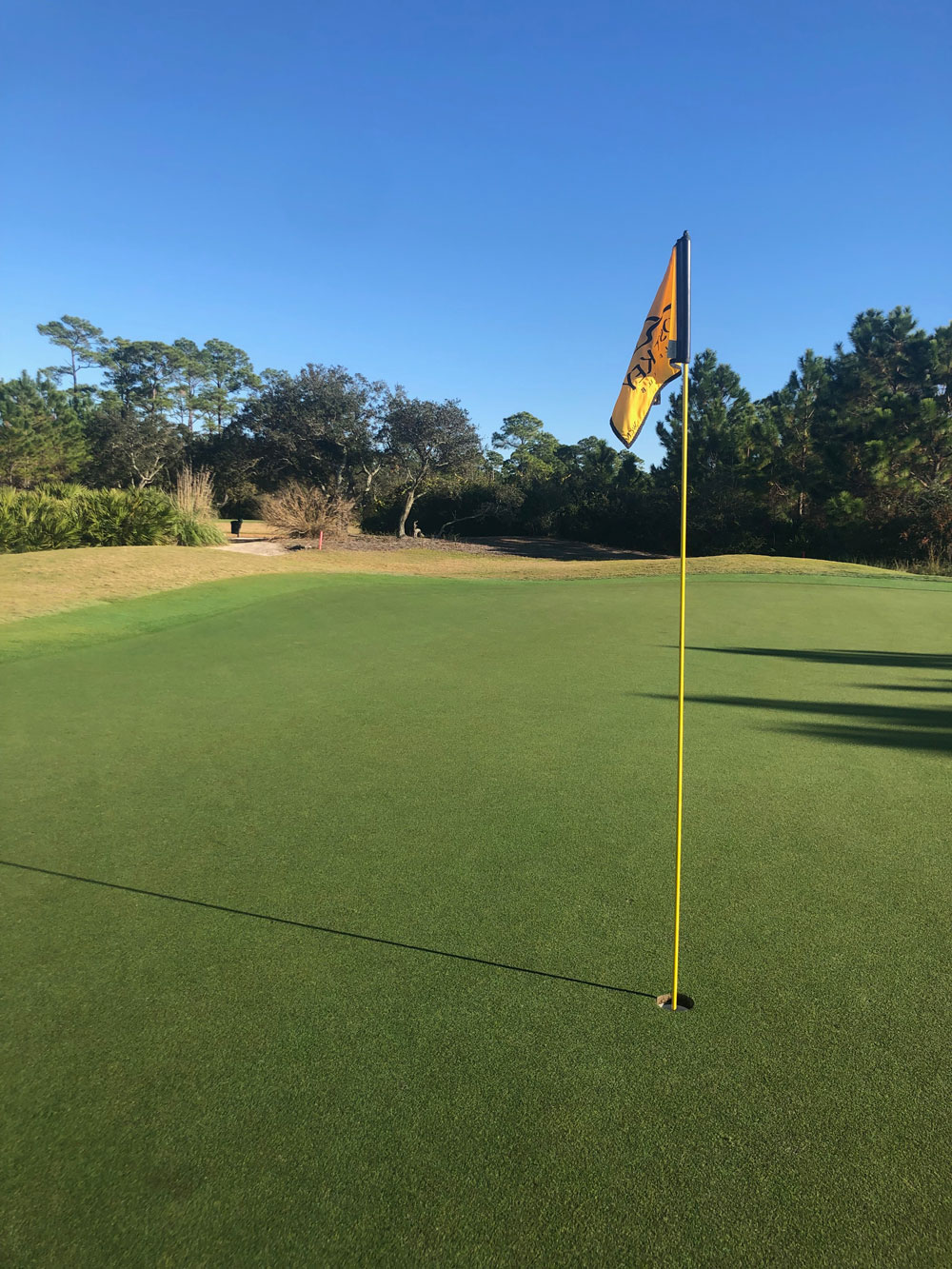 I’m one of those golfers who doesn’t mind getting beaten up by a course if I can stand on each tee and be impressed by what I see before me.  Lost Key does that.  Twelve of the 18 holes have forced carries over water, waste areas or jungle. Six holes feature doglegs and there are 36 bunkers.  While every hole offers a unique challenge, I particularly enjoyed the four par-3s.  The course’s signature hole is the par-3 13th, requiring a tee shot over water to a partial island green that rolls across dramatic elevation changes.

The course finishes strong with a medium-length, dogleg left par 5 featuring waste areas, bunkers, water and a raised green.  As the skies opened up and I was loading my clubs in the car, I watched several other golfers unloading their clubs prior to playing.  I had to agree with them that Lost Key is among the select courses I deem worthy of playing in the pouring rain.

John Mayo is a 30-plus year resident of West Hartford, CT, and runs Mayo Communications, LLC, a full-service firm operating out of his basement office.  Primarily a “public course” golfer for nearly 50 years, John estimates he’s played more than 175 different layouts and has a logo ball from virtually all of them to prove it.  He and the manager of this website previously spent time working together in corporate communications roles where, at one point, Larry Gavrich was his boss.  Despite that, John still plays an occasional round of golf with him. [Editor’s Note: Perhaps I was a better boss than I thought.]

There are no comments posted here yet